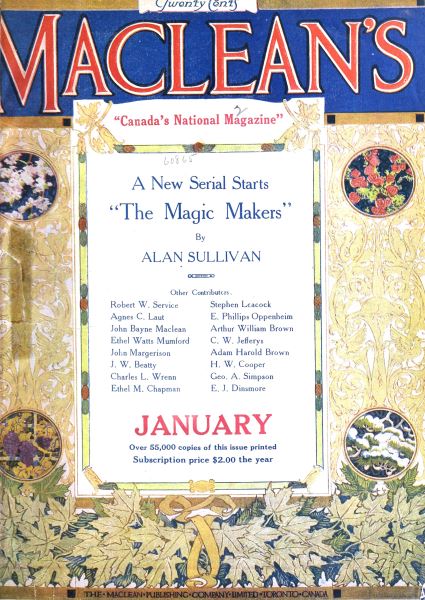 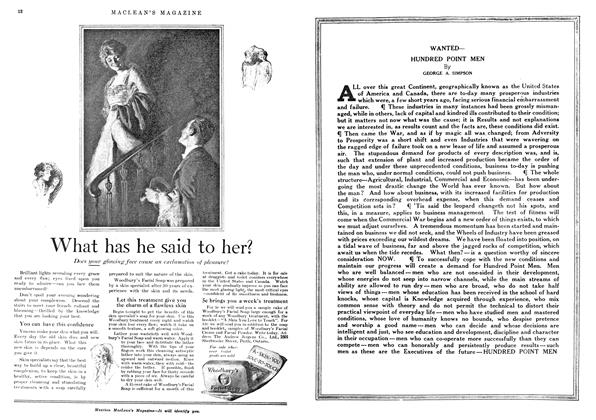 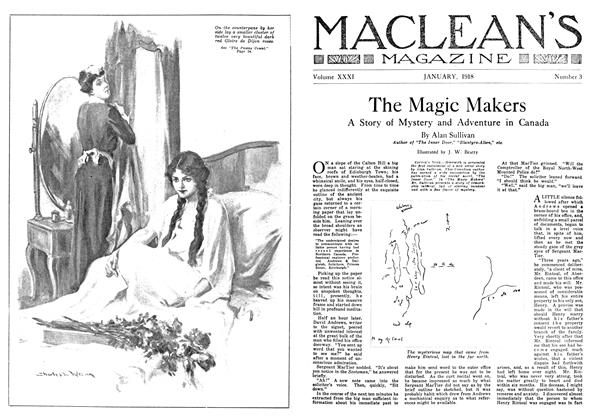 A Story of Secret Service and the Great War

A Story of Mystery and Adventure in Canada

THE evening performance had finished barely ten minutes before, but already the theatre was closed. Hannibal, the world-famed educated bear, nosed aside the asbestos curtain and surveyed the empty auditorium. Dimly lighted, it looked vague, mysterious, unpleasantly suggestive of hidden uncertainties; no place for a high-minded quadruped. By Adam Harold Brown19 min

The Strategy of Paula

VERILY we dwell in a land of plenty. On a thousand hills are cattle, and the crops of the fields were never so abundant. In Great Britain, while every householder with enough ground to plant a tulipbed has dug it up to grow potatoes, we still have our public parks and golf links. By Ethel M. Chapman15 min

Never knew Jim, did you? Our boy Jim? Bless you, there was the likely lad; Supple and straight and long of limb, Glean as a whistle and just as glad. Always laughing, wasn’t he, Dad? Joy, pure joy to the heart of him, And Oh, but the soothering ways he had, Jim, our Jim. By ROBERT W. SERVICE2 min

The One Way To Win

Only by Building Ships Can the Allies Score a Victory By Agnes C. Laut14 min

Saving the Discard of Humanity

An Allegory for the New Year By Stephen Leacock13 min

THE Government of Canada will have a credit of $450,000,000 as a result of the tremendous Victory Loan campaign. The spending of that money will be the gravest responsibility that any Canadian Government could face. When it became known that the amount subscribed had run to such colossal figures, thinking men became grave. By THE EDITOR9 min
December 11917