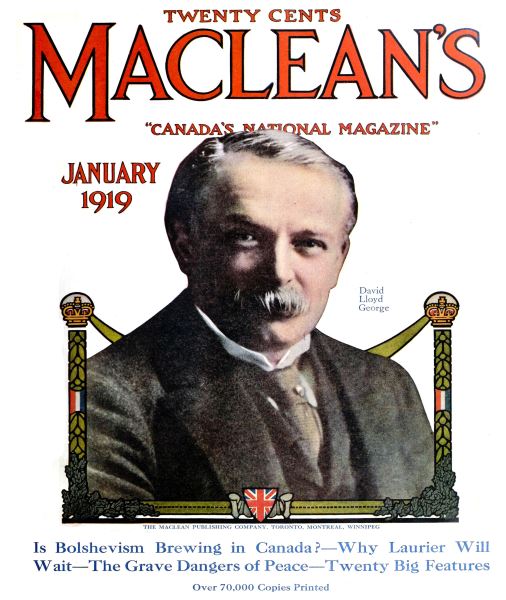 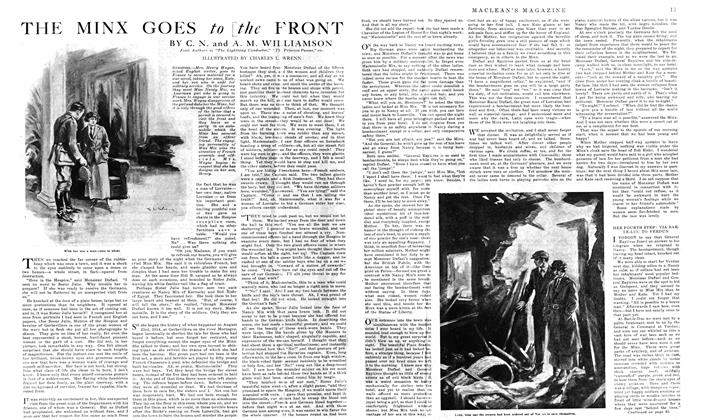 THE MINX GOES to the FRONT 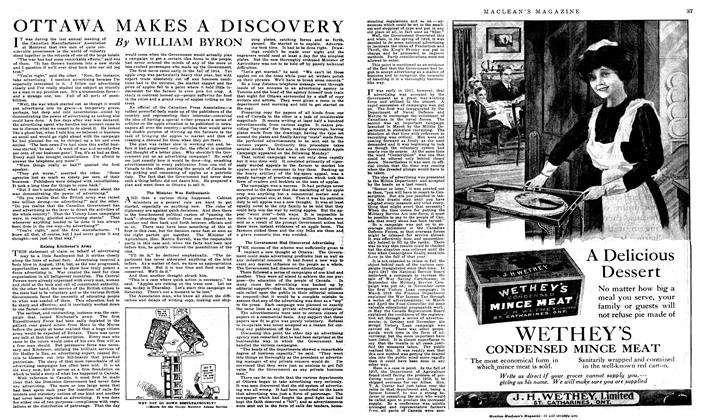 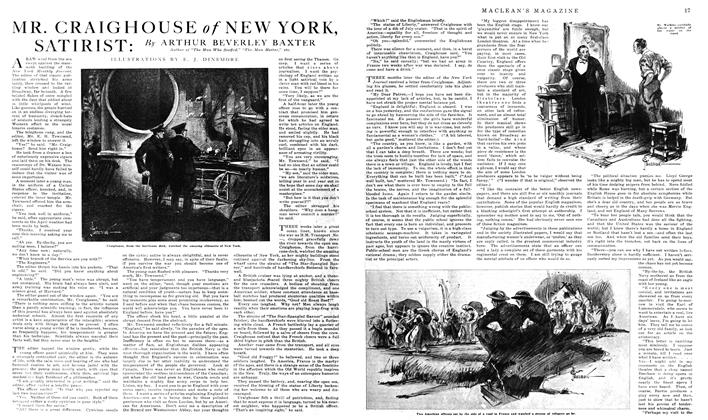 THE MINX GOES to the FRONT

THEN we reached the far corner of the rubbleheap which was once a town, and it was a shock to the eyes suddenly to come upon a dozen or two houses—a whole street, in fact—spared from destruction. “Here is the Hospice,” said Monsieur Dufael. “I sent no word to Soeur Julie.

IT was during the last annual meeting of the Canadian Manufacturers’ Association at Montreal that two men of quite considerable prominence in the world of industry stood together in the rotunda of one of the large hotels. “The war has had some remarkable effects,” said one of them.

A RAW wind from the sea swept against the mammoth building of the New Yurk Monthly Journal. The editor of that classic publication stretched his arms lazily, then crossed to the rattling window and looked at Broadway, far beneath. A few belated flakes of snow mingled with the dust that eddied about in little whirlpools of wind.

WHY LAURIER WILL WAIT

AS you sit in the gallery and gaze on His Majesty’s loyal Opposition there come to you some of the reasons why it might be called “The Silent Minority.’’ For the tidal waves that washed the Union Government into power left a number of mighty voices stranded on the reefs and shoals with which the political sea is so thickly strewn. By J. K. MUNRO14 min

The STRANGE ADVENTURE of a RIALTO RAIN-STORM

I LIFTED my face to the sudden pelt of the rainshower, feeling very much like a second edition of King Lear as I did so. Not that I had lost a kingdom, or that I’d even been turned out of an ungrateful home-circle! But something quite as disturbing, in its own small way, had overtaken me. By Arthur Stringer32 min

What Should Children Read?

Has Fiction Any Value Other Than Entertainment? By WOODS HUTCHINSON9 min

A Story of Mystery and War Intrigue By W. A. FRASER26 min

THE GRAVE DANGERS of PEACE

Was There Tenderness for Germany in the Cabinet?

THE DANCE HALLS of DAWSON

Third Article in the Series of “Chronicles of the Klondyke” By E. WARD SMITH25 min

A March Across a Continent

How the Cecho-Slovaks Marched to Vladivostok from the Eastern War Front.