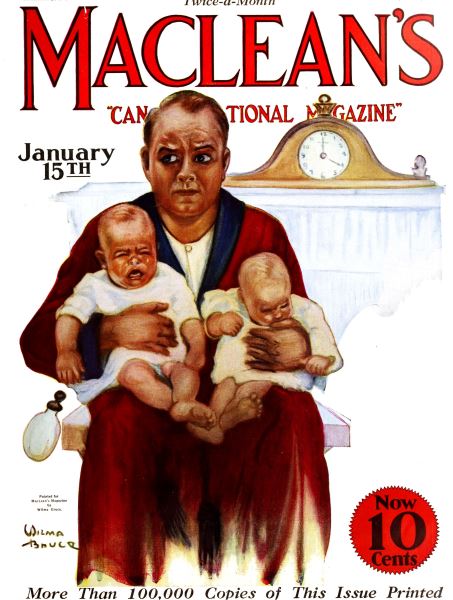 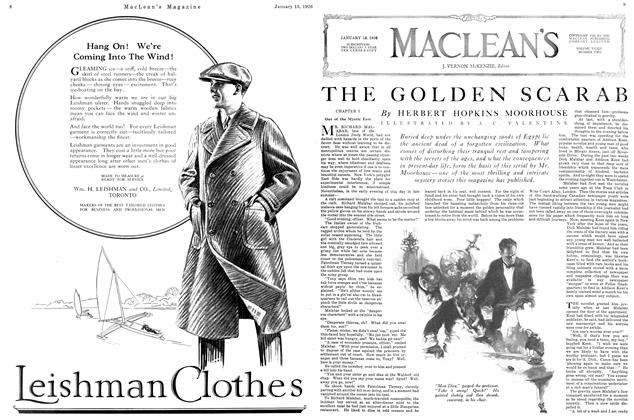 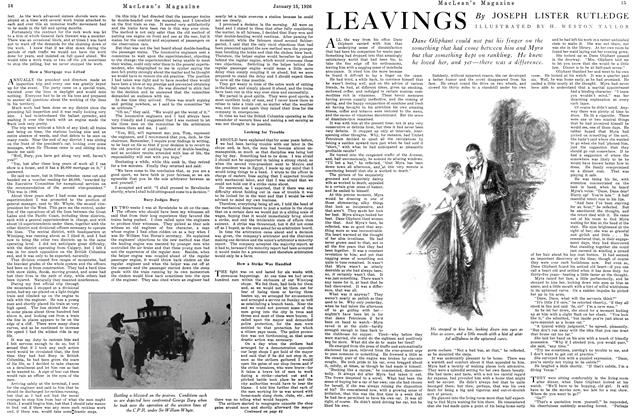 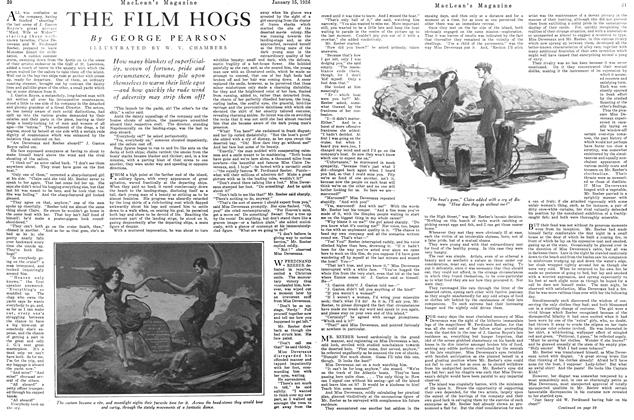 MR. RICHARD MALABAR, late of the London Daily World, had not dallied with hazards in the ports of the Seven Seas without learning to be discreet. He was well aware that in all metropolitan centres are certain districts where at times the passing stranger does well to hold steadfastly upon his way; where blindness and deafness may be even imperative if one is to continue the enjoyment of fine music and beautiful sunsets.

ALL the way from his office Dane Oliphant carried with him that underlying sense of dissatisfaction that had been his companion for weeks past. Something had dropped into that amazingly satisfactory world that had been his, to take the fine edge off his enthusiasms, leaving him with a nagging sense of indefinite annoyance.

ALL was confusion as the company, having finished “ shooting ” the last scene of J. Gaston Royce’s great picture “Maid, Wife or Widow?” starring those wellknown favorites, Claire Devereaux and W. Ferdinand Reeber, prepared to leave Monomee Island for civilization.

ONE day in 1902 when I was carrying on as divisional superintendent at Cranbrook in the Crow’s Nest country I received a message from Mr. McNicholl, the general manager, who had stopped off at Winnipeg on a trip of inspection, asking me to come on the first train to meet him. By SIR GEORGE BURY25 min

OUT OF THE STORM

LADE! you’re not going out there to-day?” The man of God put a hand on the massive shoulder and a shade of incredulity crept into his voice. “For why not?” The answer was harsh, almost insolent in the speaker’s faith in himself. “Man, it’s suicide—and God doesn’t ask for human sacrifice! By “SEAMARK”22 min

PETE PUTS IT OVER

JULIUS BLIGHT is one of those brilliant lawyers who keep this country a land of liberty for crooks. He can invent the most convincing alibis right off the bat and he beats ’em all in spotting technical errors that slip mysteriously into indictments whenever his clients have been caught in fragant delicto. By PHILIP WINTER LUCE19 min

SHOUTING almost incoherently, Martin Parazyl burst into the house, madly waving a paper he had received at the post office. The family, seated at supper, stopped eating and stared at him in amazement. "I passed! I passed! My entrance examination! By JOHN LEE LAURIE18 min

THE BUSINESS OF TRUTH

I IMAGINE that the first typewriter and adding-machine salesmen had a tough time convincing George Caverhill that their methods were superior to those of the clerks who for decades had kept tab on the business with pen and mental arithmetic. By NAPIER MOORE16 min

FOR hours the passenger leaned, with rounded, gaunt shoulders under a glistening black waterproof, over the lower bridge rail, indifferent to cold, indifferent to pelting rain, and staring with unseeing eyes into the night. Hundreds of miles inland, in an obscure country cemetery, the passenger’s past lay buried with the man he had murdered. By NORMAN REILLY RAINE14 min

VAL PARKMAN listlessly shut the door behind her, switched on the electric bulb and, with a tired gesture, tossed her sodden hat on the bed where it proceeded to imprint a wet ring on the white spread. Vacantly she stood looking down at the shabby carpet and the little pools of water already made by the drip from her umbrella and slicker; dejection crept over her. By MYRTLE B. PATTERSON13 min
January 11926