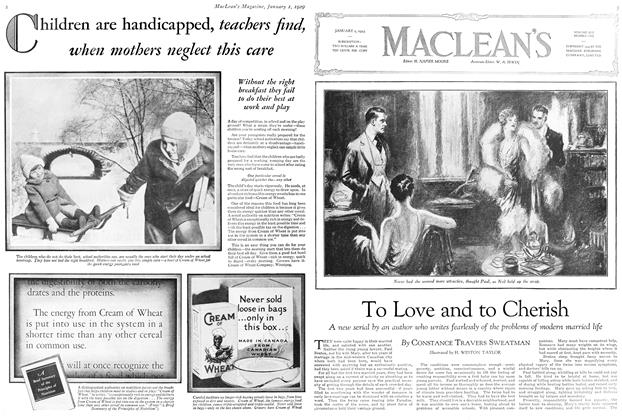 To Love and to Cherish 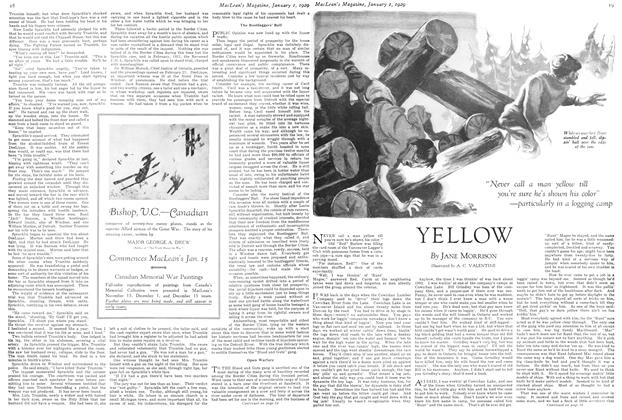 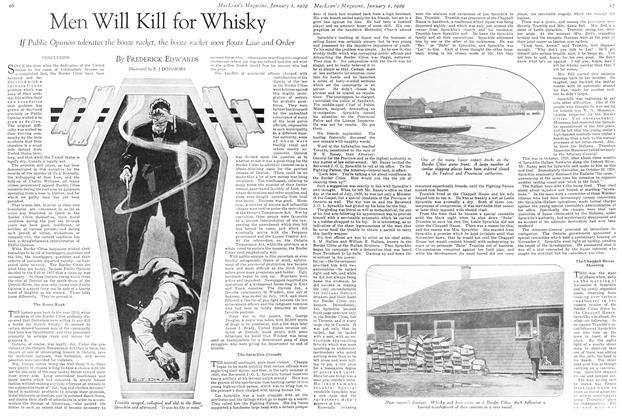 Men Will Kill for Whisky

To Love and to Cherish

NEVER call a man yellow till you're sure he's shown his color." Old "Red" Barlow was filling the card room of the Vancouver Logger's Club with poisonous fumes from a corn cob pipe-a sure sign that he was in a yarning mood. "For instance, Red?" One of the members shuffled a deck of cards expectantly.

Men Will Kill for Whisky

A SUCCESSION of record-breaking crops, the greatest for all time harvested in 1928, has been the influence primarily responsible for the unprecedented prosperity which Canada as a whole has been enjoying. Seldom, if ever before, have Canadians had greater cause for satisfaction with the achievements of the preceding twelve months, than they have on this threshold of a new year. By A. W. BLUE9 min

Crime and the Woman

Given a little labor and skill many a vegetable dish can be given entirely new zest By KATHERINE M. CALDWELL8 min

Back in the ’70's Billy Harris, messenger boy, earned $1.50 a week; to-day he directs a plant that covers five acres By W. BANKS8 min

In which a small town editor justifies an obsession for putting two and two together By R. E. BREACH21 min

The Chronicle of the first organized Canadian Concert Party to Tour the Trenches during the Great War By J. W. MCLAREN18 min

Glare has long been banned; now comes the newer diffusion, the “sky-scraper” lamp and strip-lighting By MARY AGNES PEASE7 min

Edgar Wallace Has 140 Novels, Twenty Plays, is a Dramatic Critic and an Expert Racing Dopester. By J. L. BALDERSTON5 min