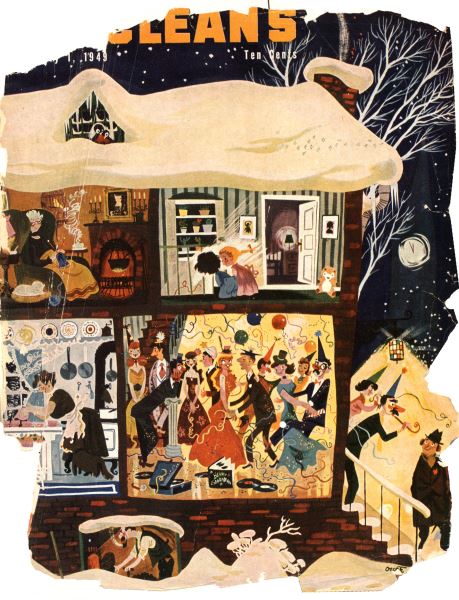 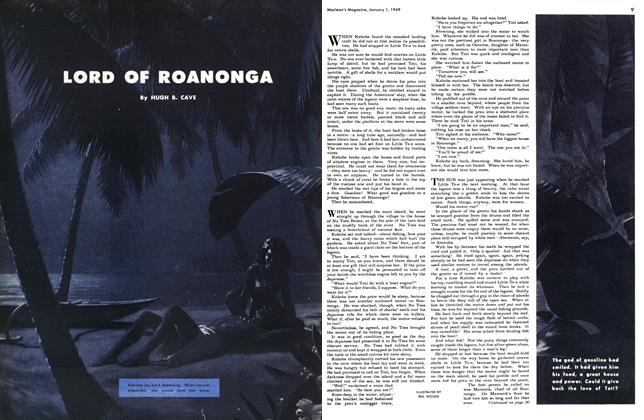 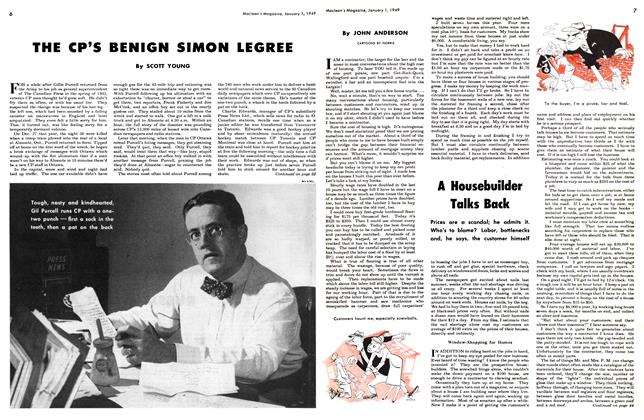 A Housebuilder Talks Back

WHEN Kahohe found the smashed landing craft he did not at first realize its possibilities. He had stopped at Little Te-e to look for cowrie shells. He was not sure he would find cowries on Little Te-e. No one ever bothered with that barren little lump of island, but he had promised Toti, his sweetheart, some fine fish, and his luck had been terrible.

A Housebuilder Talks Back

Prices are a scandal; he admits it. Who's to blame? Labor, bottlenecks and, he says, the customer himself

FOR a while after Gillis Purcell returned from the Army to his job as general superintendent of The Canadian Press in the spring of 1942, veteran CP men thought he'd gone soft. He didn’t fry them as often, or with his usual fire. They suspected the change was because of his lost log — the left one, which had been smashed by a falling canister on manœuvres in England and later amputated.

SHE WALKS THE ATLANTIC

Such Goings-On at Nipawin!

How powerful IS the Soviet? Not strong enough to launch a war but too strong to be beaten, this expert believes By MAX WERNER12 min

A yapping cur or a bullet in the chest will move a grizzly to murder. But he will let sleeping men lie By HOWARD O’HAGAN12 min

In the Tanganyika badlands, British pioneers are waging a new African conquest.. Not for diamonds, not for gold, but for margarine on a hungry world's bread By HAROLD A. ALBERT10 min

FOOD CAN BE A DRUG

Some people stuff themselves to bury their secret sorrows. Some become faddists. Others starve. What’s your food quirk? By LOUIS N. SARBACH10 min
December 151948