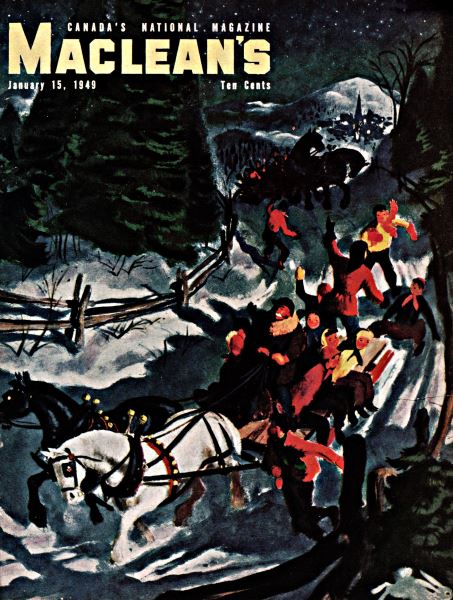 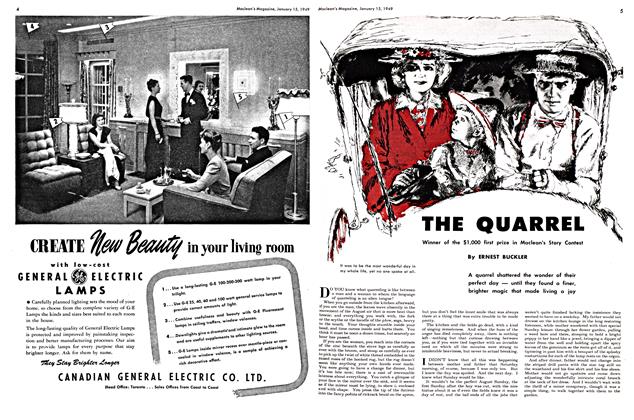 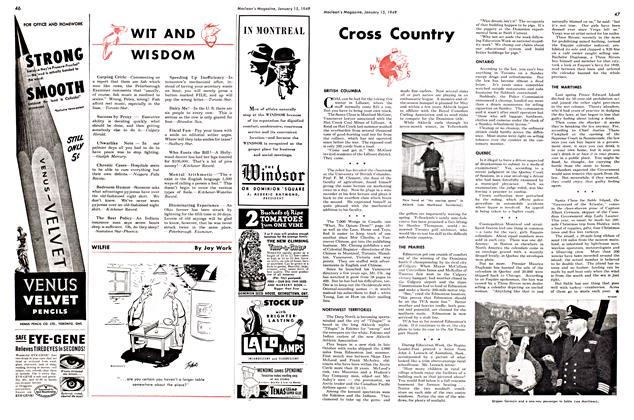 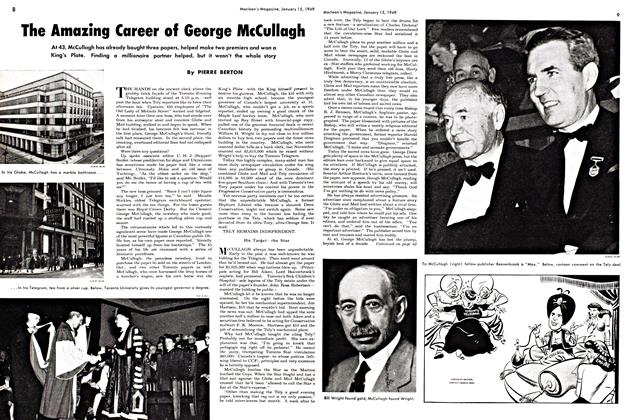 The Amazing Career of George McCullagh

Winner of the $1,000 first prize in Maclean’s Story Contest

COAL can be had for the taking this winter in Lillooet, where the stuff normally costs $25 a ton. But you have to bring your own truck. The Santa Claus is Manfred McGeer, Vancouver lawyer associated with the Hat Creek Coal Mines of Lillooet. A flood on Hat Creek last summer washed the overburden from several thousand tons of good-burning coal not far from the colliery, which has not operated since before the war.

The Amazing Career of George McCullagh

Flax and Potatoes: the Farmer’s Orphans By THE MAN WITH A NOTEBOOK6 min

Steaks: To Sear Or Not to Sear

I read with interest and some confusion your article “Don’t Be Cruel to Your Steak” (Dec. 1),particularly that section devoted to the importance of searing (“searing is absolutely essential,” etc.). I have just finished reading a pamphlet “Cooking Meat in Quantity,” published in 1944 by the authoritative Livestock and Meat Board’s Department of Home Economics .

Why They Won’t Let You Have Television

We’re falling so far behind on TV we may never catch up. Ottawa balks the CBC and the CBC balks private showmen By BLAIR FRASER13 min

The Vindication of Suzanne Pas-de-Nom

IN THE year 1803 William Conolly, a young Irish clerk in the service of the North West Company, who ultimately became a Chief Factor of the Hudson’s Bay Company, married in the Rat River country in the West a Cree maiden named Suzanne. They were married, as the phrase went, “according to the custom of the country”— that is, without book, bell, or candle.

Canadian radio's miracle kid only tells people how good he is week ends. Other days they tell him By JUNE CALLWOOD13 min

23
IN THE EDITORS’ CONFIDENCE

OUR teeth have been so firmly clenched with envy that we were afraid we’d never be able to tell you about the official opening of the new Maclean - Hunter mechanical plant, nine miles north of the downtown Toronto buildings which house our editorial and business operations. By The Editors2 min

What, No Opium Dens?

No secret tunnels, either, in Vancouver’s Chinatown. It’s exotic enough without the dime-novel trappings By CLYDE GILMOUR12 min

FLOOR prices for farm products sound like a good idea. After all, the farmer is entitled to some security. Nobody wants to go back to the days when the price of wheat was so low that a farmer’s net return for a season’s crop was less than the freight charges to take it to market.
January 11949