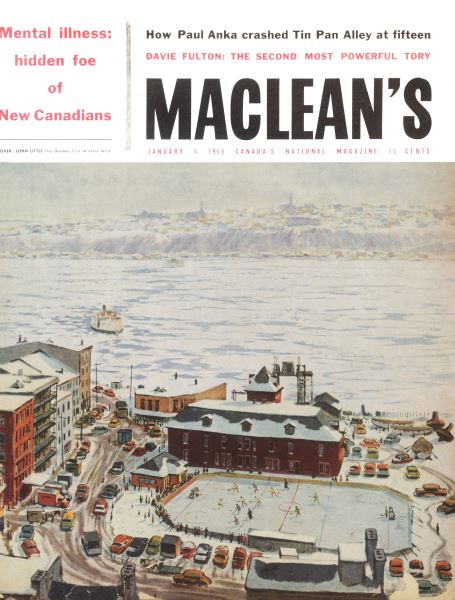 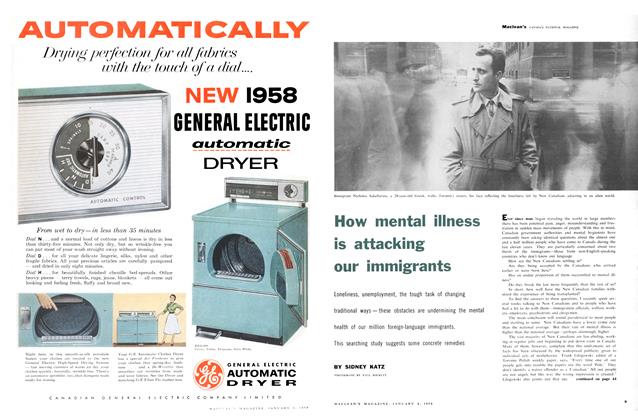 How mental illness is attacking our immigrants 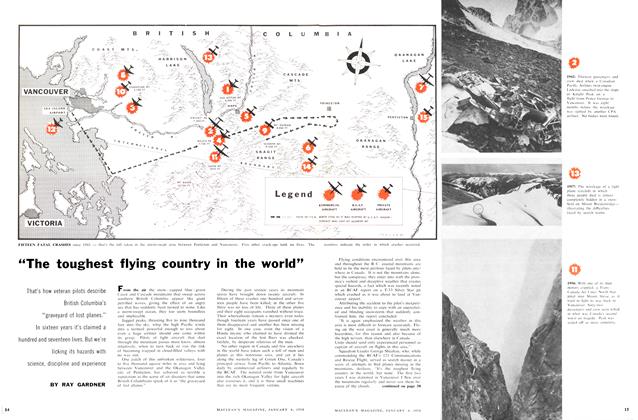 “The toughest flying country in the world” 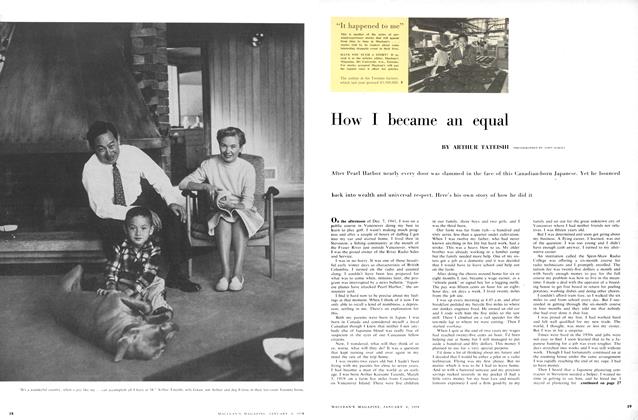 How I became an equal

How mental illness is attacking our immigrants

“The toughest flying country in the world”

How I became an equal

After Pearl Harbor nearly every door was slammed in the face of this Canadian-born Japanese. Yet he bounced back into wealth and universal respect. Here s his own story of how he did it

What it takes to crash Tin Pan Alley at fifteen

Fresh from an Ottawa classroom. Paul Anka brashly offered “Diana” to New York record makers and said he’d sing it himself. Now, less than a year later, he’s grossed $100,000 and has fan clubs he hasn’t even counted By PAUL A. GARDNER17 min

The eyesores of the Thirties have become picture-windowed, gadget-filled homes for sixty thousand Canadians. They’re helping to open up our frontiers and beat the housing shortage, and maybe some day they’ll even fly By Christina McCall15 min

The second most powerful Tory...

is Davie Fuiton, the experts agree, at forty-one justice minister, one of the Commons’ keenest minds and a cabinet Jack-of-all-trades. Even the Liberals show him grudging respect—but he’s a worry to some Tories By Peter C. Newman15 min

The town where EVERYBODY plays

The lonely mining settlement of Flin Flon set the sports world on its ear last winter by winning a national hockey championship. But that, like the golf course of rock and muskeg and the man-made beach, is only part of the story of By TRENT FRAYNE14 min

My recipe for eating out and staying alive

As a restaurant habitué I’ve dined on everything from Sloppy Joe’s Kosher Irish Stew to autographed lobsters. Dyspeptic but durable, I’ve learned a few tricks. Here’s By HUGH GARNER11 min

Women are misfits in politics

All women who rejoice in the successes of other women — and legend to the contrary, they’re far from non-existent — shared a good deal of pleasure and satisfaction last June when Ellen Fairclough became the first woman cabinet minister in Canadian history. By KATE AITKEN SAYS9 min

Is Macmillan ready to step down?

It’s tough at the top. That is not an elegant phrase but it has the double merits of brevity and clarity. And the more I study the British political drama the more I wonder that so many men are ready and eager to take upon themselves the burden of high ministerial office. By BEVERLEY BAXTER8 min
December 211957