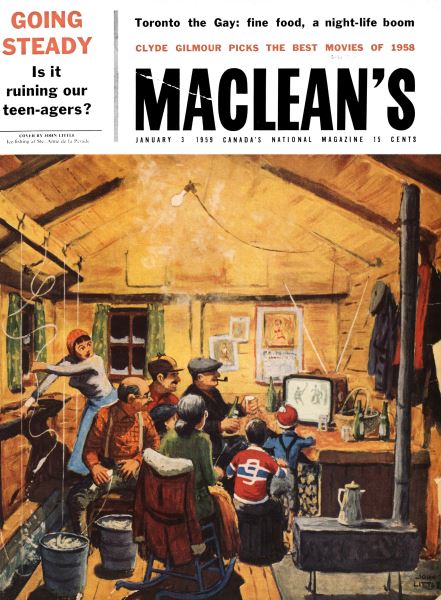 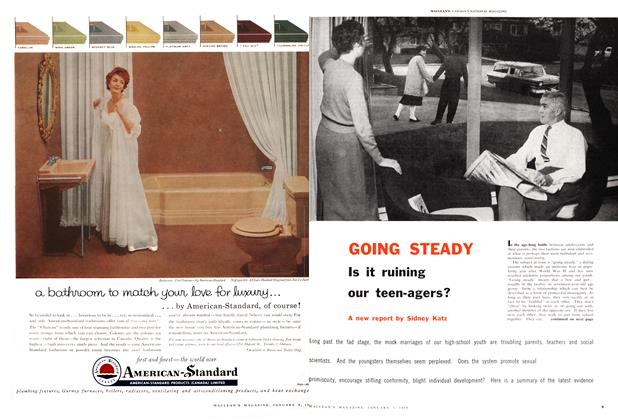 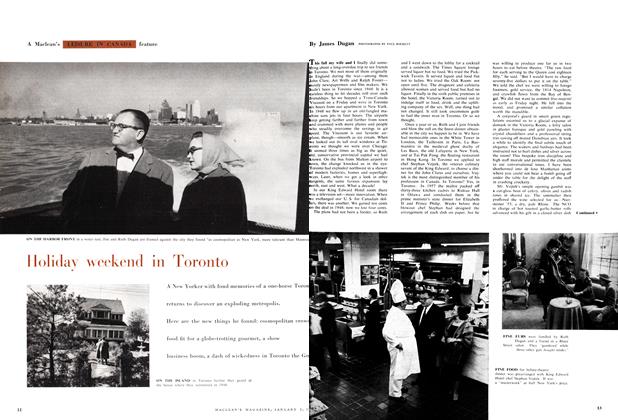 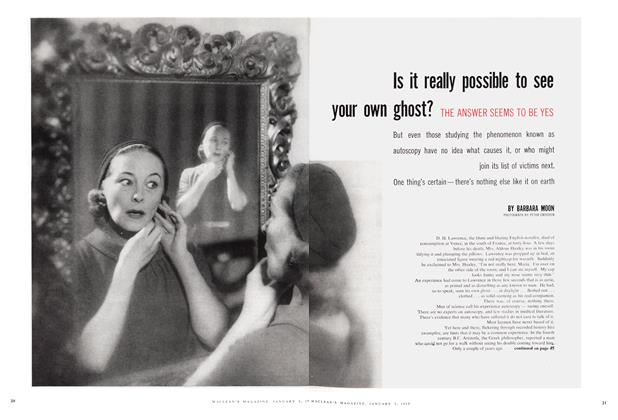 Long past the fad stage, the mock marriages of our high-school youth are troubling parents, teachers and social scientists. And the youngsters themselves seem perplexed. Does the system promote sexual promiscuity, encourage stifling conformity, blight individual development? Here is a summary of the latest evidence

A New Yorker with fond memories of a one-horse Toronto returns to discover an exploding metropolis. Here are the new things he found: cosmopolitan crowd food fit for a globe-trotting gourmet, a show business boom, a dash of wickedness in Toronto the Good

But even those studying the phenomenon known as autoscopy have no idea what causes it, or who might join its list of victims next. One thing’s certain—there’s nothing else like it on earth By BARBARA MOON17 min

We went fishing for a living

All I knew about fishing I’d learned in a lab. But my wife and I, with our young son, joined B.C.’s salmon fleet. It’s given us ten years of freedom and the life together we always wanted By John S. T. Gibson16 min

The young Turk who led a revolution in child psychology a generation ago has become a mellow elder-statesman of family counseling. “No marriage is ever successful 24 hours a day,” he says. A well-known reporter listens to how the Blatzes solve their own problems By June Callwood15 min

When he went to McGill he was an obscure scientist who looked much too young to be a professor. When he left—still a young man—he had changed the course of history By Ray Silver13 min

Fashion plate, disk jockey, TV-pitchman, ringmaster of the liveliest carnival on the stately homes circuit: this is the thirteenth Duke of Bedford. Here’s how he panics the peerage and packs in the crowds By Marjorie Earl12 min

Why pass a useless Bill of Rights?

A LOOK AT TOMORROW IN TERMS OF TODAY
December 201958