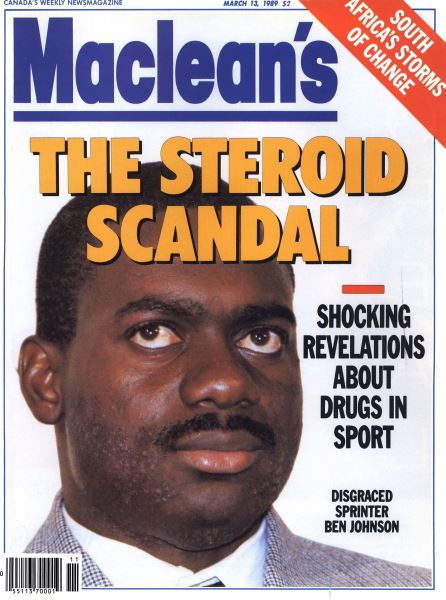 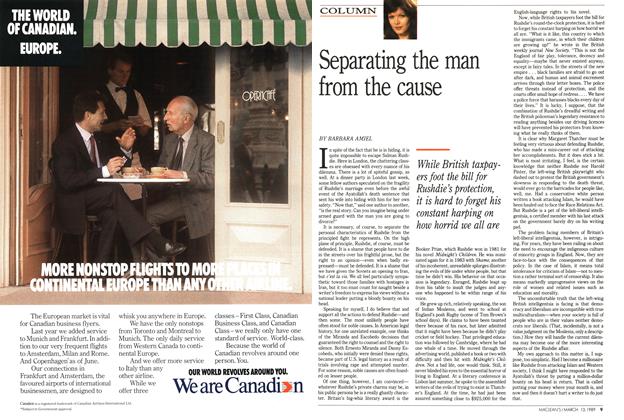 Separating the man from the cause 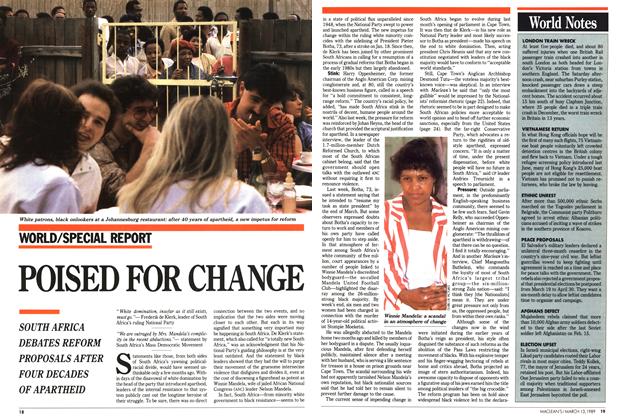 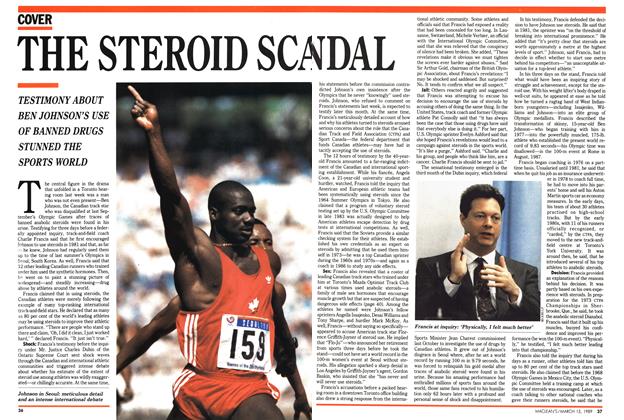 Separating the man from the cause

In spite of the fact that he is in hiding, it is quite impossible to escape Salman Rushdie. Here in London, the chattering classes are obsessed with every nuance of his dilemma. There is a lot of spiteful gossip, as well. At a dinner party in London last week, some fellow authors speculated on the fragility of Rushdie’s marriage even before the awful event of the Ayatollah’s death sentence that sent his wife into hiding with him for her own safety.

A unique monument to urban life

The main effect of the Reichmanns' stunning new complex in San Francisco will be to shift the business area’s centre of gravity By Peter C. Newman5 min

A breach of faith

Sex charges against priests cause despair By GLEN ALLEN8 min

TUTU DECRIES THE PACE OF REFORMS

LOOKING FOR A CHEMICAL EDGE

THE RISK OF STEROID SIDE EFFECTS

Searching for an heir

Travel to exotic destinations is booming By RIC DOLPHIN6 min

Diving 30 feet to the hotel is half the fun

Dissension in ‘the Club’