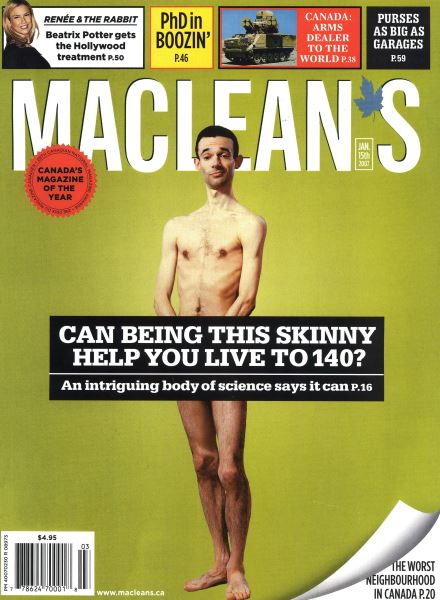 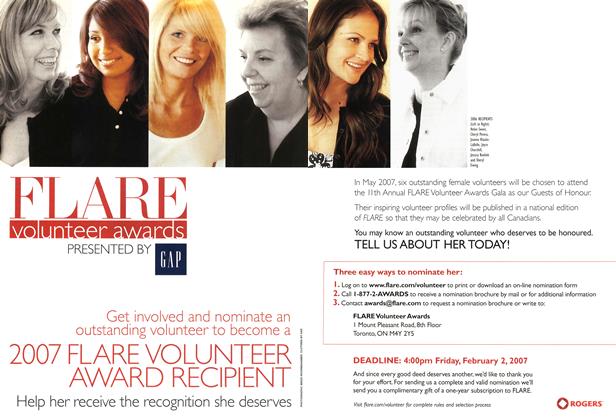 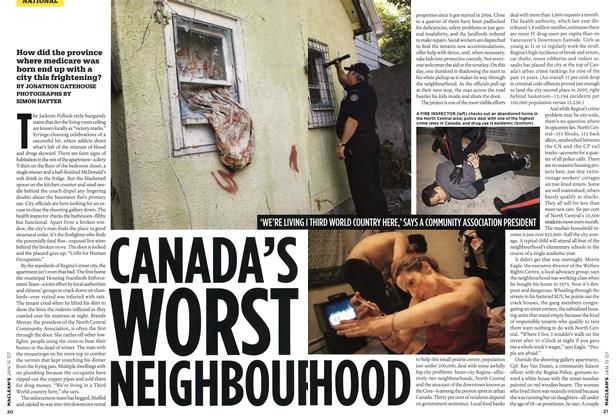 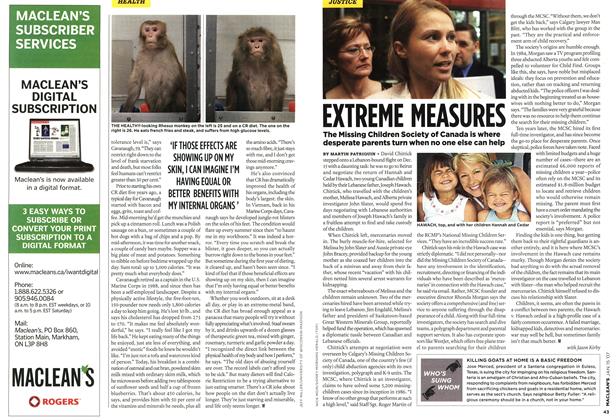 The Jackson Pollock-style burgundy stains that dot the living room ceiling are known locally as “victory marks.” Syringe-cleaning celebrations of a successful hit, where addicts shoot what’s left of the mixture of blood and drugs skyward.

After a recent merger of regiments into a single Royal Regiment of Scotland, troops have been faced with a serious shortage of kilts. Among more than 5,000 soldiers there are only 320 of the ceremonial garments. Officials have promised what a Ministry of Defence spokesman calls a “planned deployment of kilts by January 2008.”

Two decades ago, Clint Eastwood was best known as Dirty Harry, and Mel Gibson, playing another vigilante cop, was about to launch the first salvo of the Lethal Weapon franchise. Back then, who could have guessed that 20 years later these two Hollywood action heroes would be directing foreign-language films? Eastwood’s Letters from Iwo Jima, like Gibson’s Apocalypto, is a subtitled epic about a massacre. By BRIAN D. JOHNSON

The mayor of the Romanian town of Lupeni has offered to trade the star goalie on his town’s soccer team, Cristian Belgradean, to Jiul, another team. Mayor Cornel Rasmerita would trade Belgradean to Jiul, owned by a wealthy businessman, in exchange for the construction of a gas pipeline to Lupeni.

AS A LONG-TIME SUBSCRIBER, I feel compelled to congratulate you on your year-end issue (“Newsmakers 2006,” Dec. 25). The snippets about leading events during the past year were informative and entertaining and they were a source of interesting discussion and reminiscing between my colleagues and myself.

A group of residents on tiny Wendigo Way, a pleasant street tucked away in Toronto’s west end, are waging a quiet war against the government of Ontario. In his home of almost 35 years, David MacAlpine, a 76-year-old with a shock of ruffled white hair, flips through some of the group’s ammunition—reams of evidence explaining why the government’s property tax system is unstable, arbitrary and downright broken. By COLIN CAMPBELL
January 12007