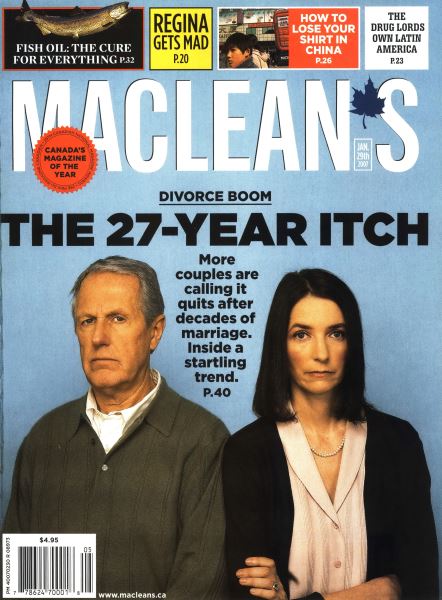 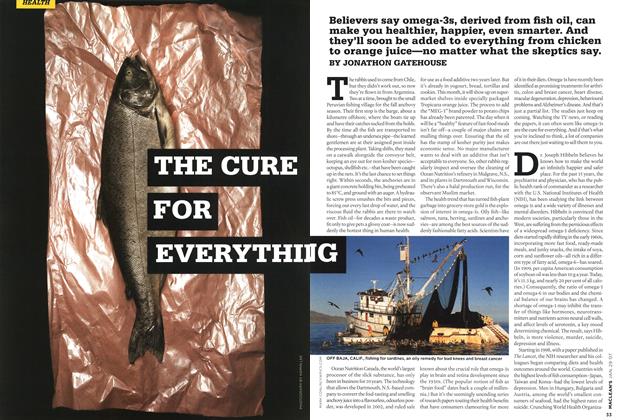 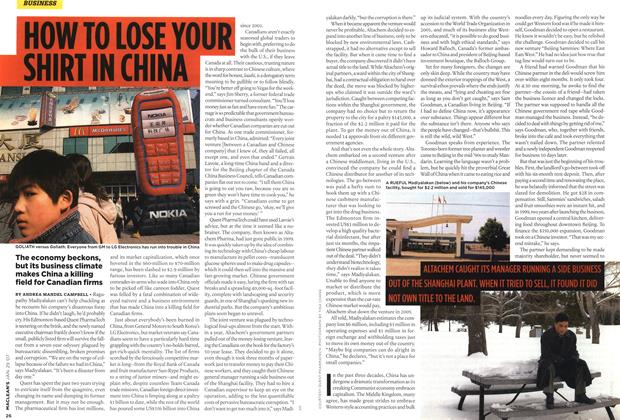 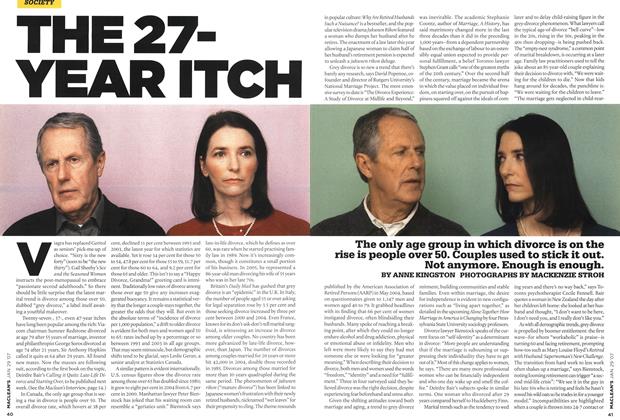 Believers say omega-3s, derived from fish oil, can make you healthier, happier, even smarter. And they’ll soon be added to everything from chicken to orange juice—no matter what the skeptics say. BY JONATHON GATEHOUSE

The economy beckons, but its business climate makes China a killing field for Canadian firms

The only age group in which divorce is on the rise is people over 50. Couples used to stick it out. Not anymore. Enough is enough.

One woman made a vow: 'I don’t know how many years I have left, I just know I don’t want to spend them with you’ DEIRDRE BAIR, BIOGRAPHER AND AUTHOR OF ’CALLING IT QUITS: LATELIFE DIVORCE AND STARTING OVER,’ TALKS TO ANNE KINGSTON QAS always ers a for biographer, chosen trailblazsubjects—Simone you’ve de Beauvoir, Anaïs Nin, Samuel Beckett and Carl Jung.

'Tis the awards season, when stars adopt humble poses and claim that only the Work matters. But we know better. BRIAN D. JOHNSON calls the winners and losers. • It’s dawn morning Hollywood’s ritual. Next in Los Angeles, annual Tuesday bedpreside alarms will go off at just before 5:30 a.m., nervous fingers will fumble for the remote, and the movie industry will tune in to the Oscar nominations.

In this defeatist climate, it’s a shock to remember three who changed the world

What does a white Tory from Calgary know about courting the ethnic vote?

‘NOT FRON THIS WORLD’

For some, even a yearlong Pickton trial won’t solve anything By KEN MACQUEEN7 min

WHERE THE DRUG LORDS ARE KINGS

In large parts of Latin America, the cartels are the real power
January 222007