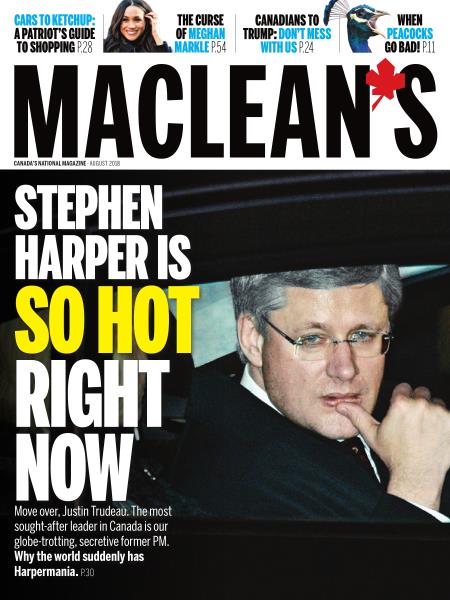 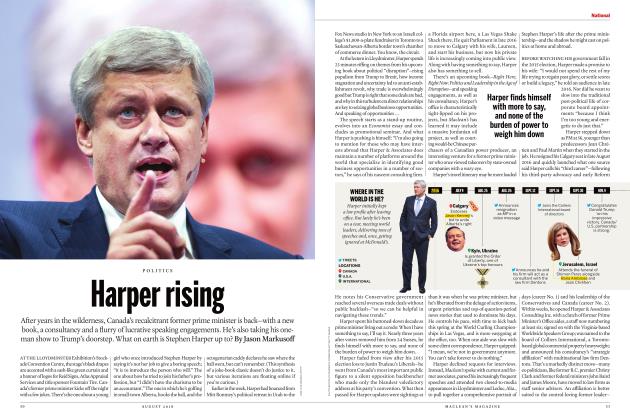 ‘I’M HERE TO PROTECT MY PEOPLE’ 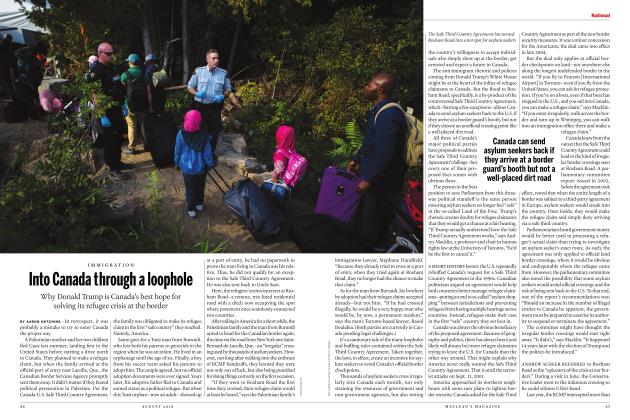 Into Canada through a loophole

After years in the wilderness, Canada’s recalcitrant former prime minister is back—with a new book, a consultancy and a flurry of lucrative speaking engagements. He’s also taking his oneman show to Trump’s doorstep. What on earth is Stephen Harper up to?

‘I’M HERE TO PROTECT MY PEOPLE’

For Canada’s biggest Indigenous police force, the work can be extreme, dangerous and devastating. But a historic change is coming.

Into Canada through a loophole

Jane Philpott talks to Paul Wells about her decade in Africa, life as apolitical rookie and working on the government’s toughest file

Democracy and openness are in decline, and the U.S. president—not Canada—is on the winning side

What really explains the rise and fall of the golden— and federally funded—age of hitchhiking? By PETER SHAWN TAYLOR8 min

Upset about Trump dragging Canada into a trade war? Here’s how to hit back using your next grocery list. By TOM YUN8 min

Just as ‘influencer fatigue’ sets in, the value of a Markle endorsement for a Canadian firm rockets By ANNE KINGSTON8 min

‘You better call your mom!’

On a cross-country journey, a couple began noticing messages from mom, placed by perfect strangers By SHANNON PROUDFOOT7 min
July 12018