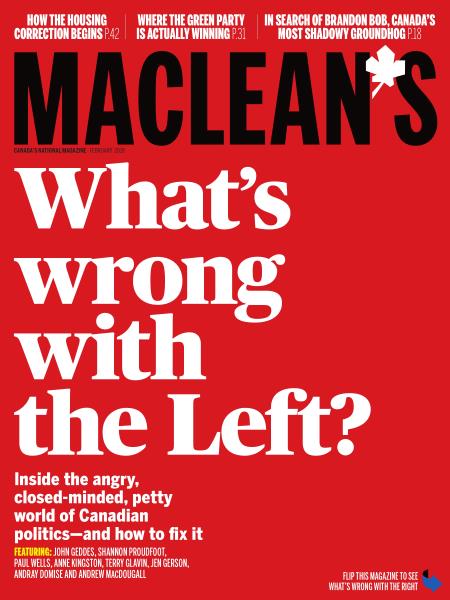 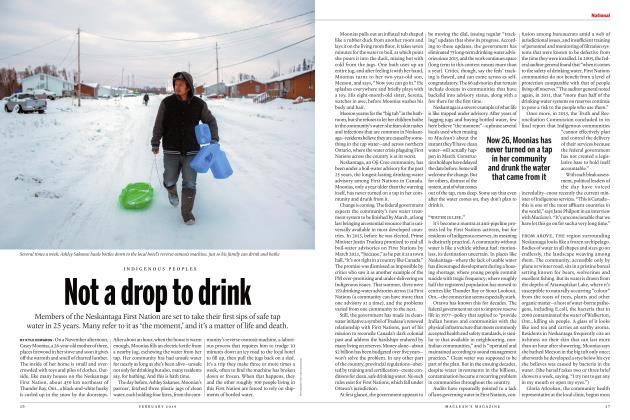 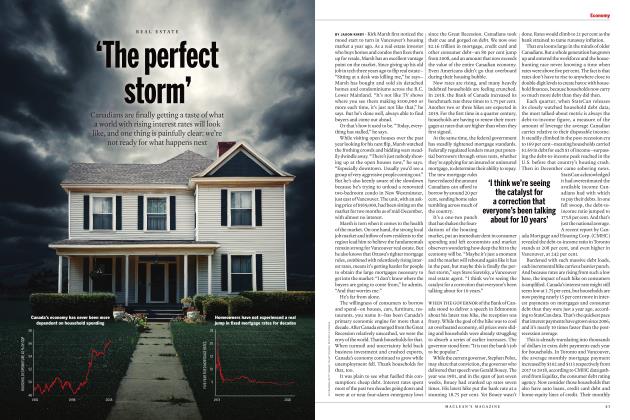 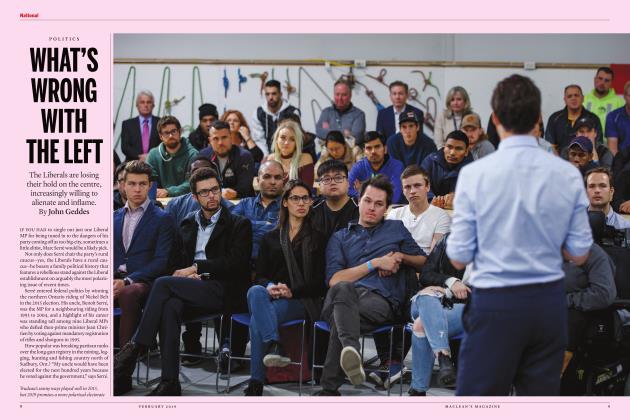 Members of the Neskantaga First Nation are set to take their first sips of safe tap water in 25 years. Many refer to it as ‘the moment,’ and it’s a matter of life and death.

Canadians are finally getting a taste of what a world with rising interest rates will look like, and one thing is painfully clear: we’re not ready for what happens next

The Liberals are losing their hold on the centre, increasingly willing to alienate and inflame.

WHAT’S WRONG WITH THE RIGHT

As its support base shifts and hardens, the Conservatives increasingly have a new measure: are you with us or against us? By Shannon Proudfoot12 min

THE REIGN OF LIES

KEEPER OF THE FIRE

Tantoo Cardinal finally gets the recognition she deserves By BRIAN D. JOHNSON12 min

The fight after the fire

More than two years after the wildfire, many in Fort Mac are battling with insurersߞand they've got an unlikely ally By NICHOLAS KÖHLER12 min

In P.E.I., the Green party is leading in the polls. It’s not the only province where the party is suddenly winning. By JASON MARKUSOFF11 min

Pondering his brother’s death, an author asks if Boomers are pre-programmed to end their own lives By BRIAN BETHUNE8 min

One mayor’s test of faith

Weeks before he was sworn in as Oshawa’s new mayor, Dan Carter came face-to-face with a civic crisis that will define his term in office. In late November, rumours began to circulate that General Motors, whose assembly plant has anchored south Oshawa for decades, was about to drop a bombshell. By JOHN LORINC5 min
January 12019