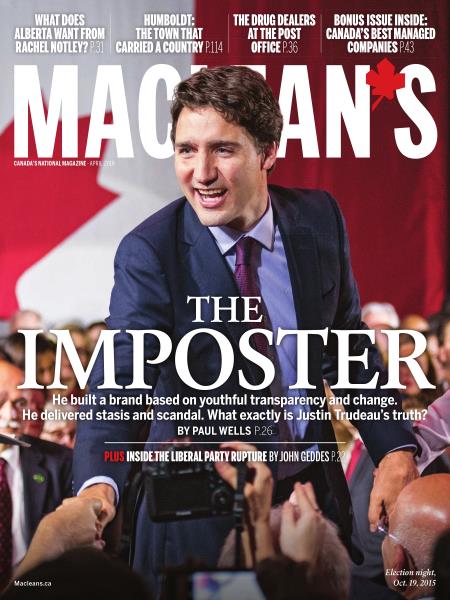 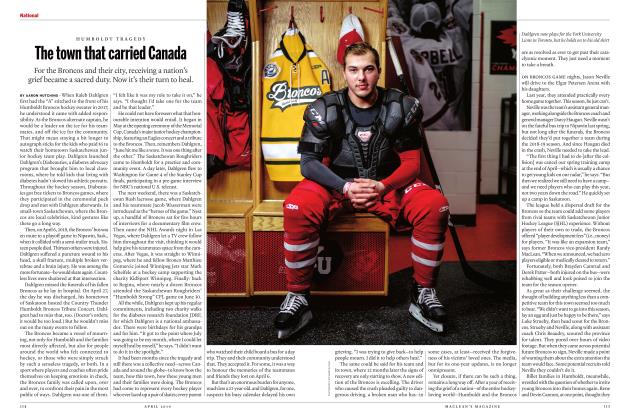 The town that carried Canada 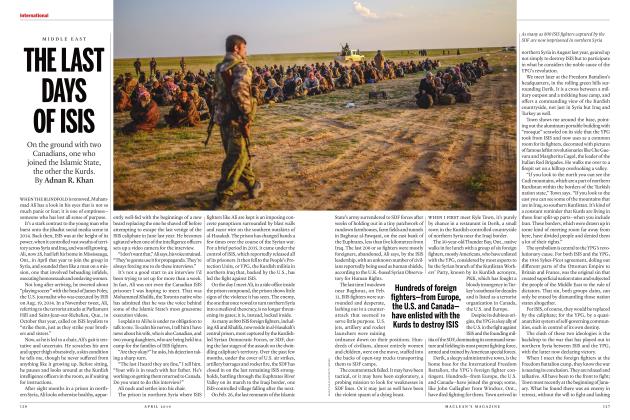 THE LAST DAYS OF ISIS 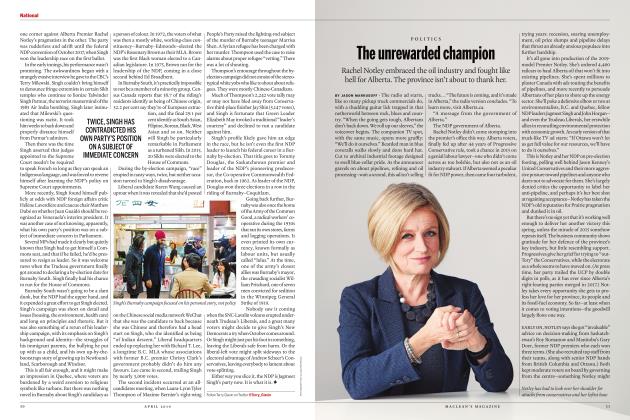 The town that carried Canada

For the Broncos and their city, receiving a nation’s grief became a sacred duty. Now it’s their turn to heal.

THE LAST DAYS OF ISIS

On the ground with two Canadians, one who joined the Islamic State, the other the Kurds.

Rachel Notley embraced the oil industry and fought like hell for Alberta. The province isn’t about to thank her.

Kamala Harris is down with pot. She once lived in Montreal. Can she be U.S. president? By ALLEN ABEL12 min

Most fentanyl enters Canada via the mail, thanks to an antiquated law. Why hasn’t the government acted? By CLAIRE BROWNELL12 min

The high price of buying in

Oil-friendly Indigenous groups may be Trans Mountain’s best hope, but are disparaged as 'sellouts' By KYLE EDWARDS9 min

The phoniness of the Prime Minister's handling of the SNC-Lavalin file is a trait he shows all too often. By Paul Wells8 min

After his rocky start, the NDP leader has a chance to go after the scandal-weakened Trudeau government By TERRY GLAVIN8 min
March 12019