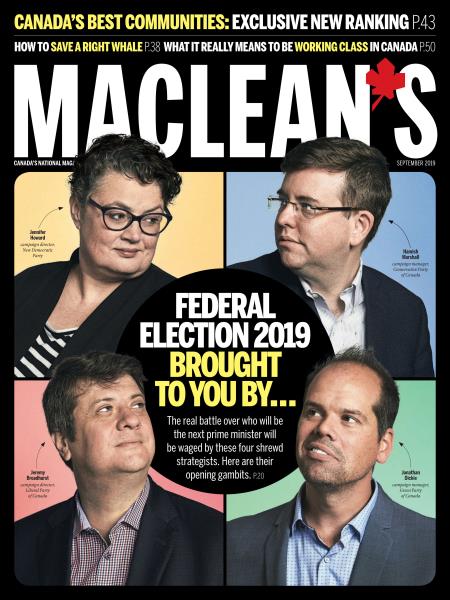 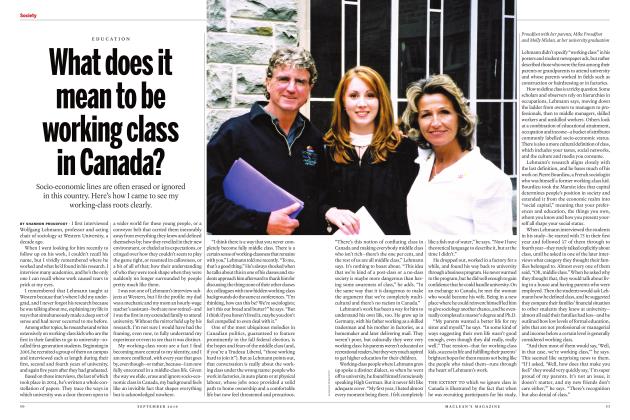 What does it mean to be working class in Canada? 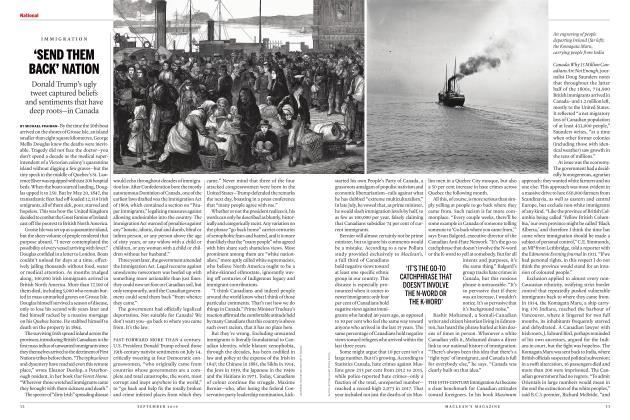 'SEND THEM BACK’ NATION 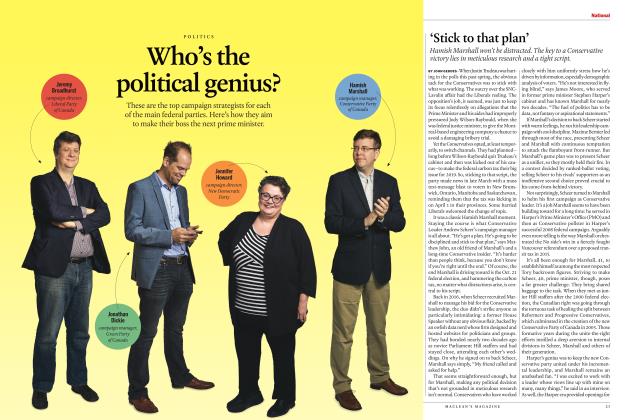 ‘Stick to that plan’

What does it mean to be working class in Canada?

Socio-economic lines are often erased or ignored in this country. Here’s how I came to see my working-class roots clearly.

'SEND THEM BACK’ NATION

‘Stick to that plan’

Hamish Marshall won’t be distracted. The key to a Conservative victory lies in meticulous research and a tight script.

The calm in the storm

Jonathan Dickie isn’t a battle-hardened national campaigner. And that may be just right for the Greens. By SHANNON PROUDFOOT9 min

Our exclusive new ranking reveals the best spots to live are communities with rural charm and access to big-city jobs. Call them supercharged small towns. By CLAIRE BROWNELL9 min

A WHALE FOR THE SAVING

Next to last man standing

WHAT WOULD FREDERICK BANTING THINK?

Jennifer Howard has to raise up a struggling party. She’s been in tougher battles before. By NICK TAYLOR-VAISEY7 min
August 12019