THREE years ago the big publishing firm of Cassell & Co., with offices in London, New York and Melbourne, was financially in an unsatisfactory condition. Its two thousand shareholders, many of whom were widows and spinsters, had for some time been deprived of dividends, whilst several of the managers of departments, drawing large salaries, were handling their work in incompetent fashion.

The general manager, the late Sir Wemyss Reid, through ill-health, was unable to give that careful attention to the management of the company, which it required in the emergency. His death in February, 1905, left vacant a position, which the directors immediately set about filling with a man, who would be able to stem the tide of disaster. The man chosen was Arthur Spurgeon, literary manager of the National Press Agency.

Mr. Spurgeon had begun his career as a journalist in Norwich, and from there had gone to Lowestoft, where he had established a weekly paper for the company which owned the Eastern Daily Press of Norwich. In this company was J. J. Colman, of mustard fame. Mr. Colman was connected with the National Press Agency, and noting Mr. Spurgeon’s brilliant success in Lowestoft, he offered him a position on the staff of the Agency in London. Mr. Spurgeon accepted and for several years acted as Parliamentary representative for the Agency, meeting and forming the acquaintance in this way of many notables, among whom were Gladstone, Bryce, Morley and others.

When Mr. Spurgeon accepted the literary management of the Agency in 1893, the concern was not making much of a success financially. But his skill as a manager soon put it on a sounder basis and dividends began to be paid. In 1905, when Mr. Spurgeon left to assume the management of Cassell & Co., he and his colleague had succeeded in building up a reserve fund equal to the capital.

The new manager was face to face with

this difficulty when he took hold of the affairs of Cassell & Co. On the one hand were the two thousand shareholders and the fourteen hundred employes, all dependent on the prosperity of the company. On the other hand, were thé few high-salaried managers of departments, under whom the business . was declining. Mr. Spurgeon calmly came to the conclusion that if.,âny

interests had to be sacrificed, it must be those of the managers. The axe fell and cut clean. An entirely new set of men were installed, most of whom, let it be noted, were hard-headed Scotchmen. Immediately an improvement set in. A new enthusiasm spread through the entire sfc^-and from manager to office boy every employe set about repairing the fortunes of the#ne old house.

As an indication of what has been achieved, Mr. Spurgeon in three years took $250,000 out of the company’s profits towards the reduction of the nominal value of the copyrights held by the firm. To-day everything is quite free and the company is in a splendid financial position. Encomiums have been showered on Mr. Spurgeon by the English press, who are always ready to recognize that Cassell & Co. are an institution in the English publishing world, just as much as the Times is in the newspaper world, and the Bank of England in the financial world.

One of the new manager’s far-seeing moves was to establish a branch in Canada last year. He recognized the future of the Dominion and determined that Cassell & Co. would be early in the field. The branch office was established in Toronto in July, 1907, and it has proved a success under the able management of Mr. H. Button.

Mr. Spurgeon has never narrowed his interests to his own immediate work. When in Lowestoft he took an interest in municipal politics, serving for some years as a member of the Town Council, to which he was elected by the largest majority ever recorded to that time. He also helped to found the London Society of East Anglians, now numbering a thousand members, and acted as chairman for several years.

He has refused more than one invitation to stand as a candidate for the British House of Commons.

But probably his most public-spirited act, from which much good has flowed, was the establishment of the journalistic entente cordiale between the newspaper men of England and France in 1900, at a time when relations between the two countries were much strained. He had been appointed chairman of the committee of the Institute of Journalists, to arrange for an excursion to Paris after the meeting of the Institute, but the feeling in Paris against England became so hostile about this time, that the trip was officially abandoned. Mr. Spurgeon then personally took charge and 250 journalists went over with him. They were royally welcomed, distinguished men took part in the proceedings and the best of feeling prevailed.

Mr. Spurgeon has frequently been asked if any relationship existed between him and the great preacher of the same name. To this he replies that some generations ago the branch of the family to which he belongs and the branch to which the Rev. Charles Spurgeon belonged, were probably united, but that for some generations now the two branches have resided in different counties—one in Essex and the other in Norfolk. 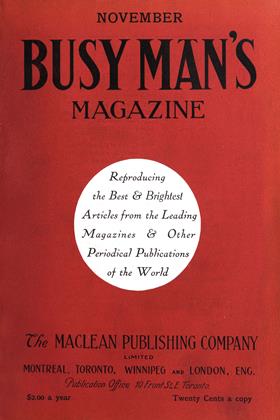