IT may not be generally known that of the fourteen hundred odd newspapers and periodicals published in Canada, at least one hundred and twenty-five are in languages other than English, thus emphasizing the variety of races now constituting the population of the Dominion.

There was a time, and that not so many years ago, when English and French publications met the needs of the two chief divisions of the population, but with the inflow of other peoples from different parts of Europe, resulting in a foreign population of twenty-five per cent, of the total in the Northwest, the demand for papers in their respective tongues has followed. The printing press has always closely followed the pioneer, and wisely so, for it is still the universal method of education, the democratic distributor of news and knowledge.

The fact remains, however, that Canada is no longer a dual-language country. The immigration returns of 1907 showed arrivals representing no less than fifty-eight different nationalities or races, and the thirteen languages, other than English, now being recognized by periodical publications, may soon be doubled. Even the much discussed Doukhobor may yet have his weekly paper, printed in his enigmatical Russian characters.

Ninety-two papers are printed in French. Eighty-two of these are issued from - Quebec; five in Ontario; three in New Brunswick, and one each in Prince Edward Island, Manitoba and Alberta. With one out of every three-and-a-half in Canada of

French descent (1,649,371 out of 5,371,345, as per census of 1901), the total of ninetytwo papers in French is surprisingly small, but the number bids fair to be substantially increased within the next decade, as the French-Canadians hive from their native Province into Ontario, especially its northern parts, and the Western Prairies. In old Quebec itself, the long-established practice of a communal dissemination of news by word of mouth, at the parish gatherings of the people at church or market or otherwise, may have rendered less necessary the weekly paper as a mirror of the local life, but the habitant is becoming more and more of a reader, and his paper will correspondingly become more and more a necessity.

The large German population in Canada, notably in Waterloo County, in Ontario, and in certain sections of the West, is responsible for fourteen papers in that tongue. Nine are published in Ontario, two each in Manitoba and Saskatchewan and one in Alberta. As a rule, they are excellent mediums of news and opinions, well edited, and of proportionate influence on public opinion in their respective constituencies.

The Northern European peoples in Canada have seven journals. A Danish weekly was for long issued from Ottawa ; while the Swedes of Manitoba have two weeklies and the Icelanders of the same Province support four. No more virile additions to the population have been made, since the immigration movement set in Canadaward. than these hardy Scandinavians, Icelanders and Danes, and their interest in and support of their organs of opinion is on a par with their interest in education, and, as an illustration of this fact one is not surprised to learn that the Icelander children carry off the bulk of the prizes in the schools of Winnipeg.

Canada has, among her population from Central Europe, twenty thousand Hungarians, and these have two papers, published in Manitoba. The seventy thousand Galicians have gts yet only one paper, but as they decrease their high rate of illiteracy, and their children become educated, the one will soon in all probability be increased in some degree of proportion to their numbers.

The Poles have two weeklies in Manitoba, while the Italians also have two, with Montreal as their offices of publication. These peoples are so scattered throughout the country, in railway construction and kindred work, that it is probably difficult to reach them through the periodicals printed in their native tongues.

Montreal is also the publication centre of two Jewish papers, one being in Yiddish. With the rapid increase of the Jewish population in Canada, and their clannish concentration in the cities, it is not to be wondered at that they desire papers of their own.

For some years a Gaelic paper was published in Cape Breton, where there is a large sprinkling of Scotch, but I doubt whether it is still issued.

Among the curio papers published in the Dominion, one of the most curious is the Kamloops Wawa, printed in the Chinook Indian tongue as translated into a system of shorthand and taught the redmen of the Kamloops district of British Columbia by the French mission priests.

A Chinese paper, issued tri-weekly, is one of the latest additions to the list of Canadian newspapers. It is the Chinese Reform Gazettee, and is printed in Vancouver.

It will thus be seen, by the foregoing references, that Canada is rapidly becoming a polyglot country, as evidenced by the news and other papers published in a score of tongues and dialects other than English. 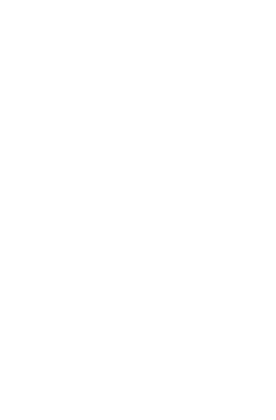