What college man in America does not know John R. Mott? His popularity is undoubted and his influence immense. Just now, as arrangements are being concluded for the great Students’ Volunteer Convention in Rochester, his personality stands forth in commanding position as the leader of this great crusade. At "Rochester there will be assembled over 3,000 college men from all parts of America, of whom a goodly representation will come from Canada. This body of earnest young men have in view the recruiting of the missionary forces of the world. They will strive to instill the missionary spirit in the ranks of the students of 800 colleges.

Though manifestly youthful in appearance, John R. Mott, can number forty-four years of existence. His college days were spent at Cornell and later he was granted an honary M.A. degree by Yale. Ever since its inception over twenty years ago, Mr. Mott has been a moving spirit in the Student Volunteer Movement, and during practically all that time has been

chairman of the executive committee. He has also taken a lively interest in the Y.M.C.A., holding various offices in its organization.

The question may be asked, Does the movement fulfill its purpose? Is it a success? In answer it may be said that 4,300 volunteers are recorded as having gone to the foreign fields—to practically every mission field of the world. These are connected with about 100 different missionary agencies and as preachers, educators, translators, doctors, nurses, promoters of industry, etc., are giving their lives to all of the varied forms of missionary service. It may be said that most of the volunteers would have gone to the field in any case and without the prompting of the Volunteer organization. Wide correspondence recently carried on would indicate that about 75 per cent, of the volunteers now on the field were led to the missionary decision by the direct work of the movement. 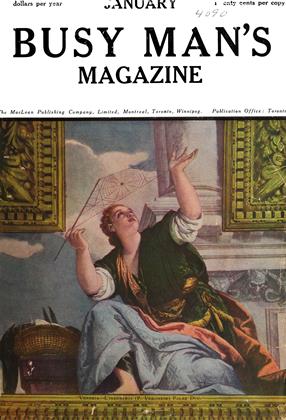