IT is indeed remarkable that on such an important subject as the calculation of profits there should be such a variance of opinion, for the issue involved is vital to the welfare of every one engaged in any form of commercial activity.

True, the vital issue is the showing of net profit or loss at the end of the year when the inventory is completed, but in order that this showing should be satisfactory the proper method of figuring profits should be pursued. In our mind there should be no misunderstanding as to the correct method of calculating this mose essential element in every business transaction.

Every man engaged in business ought to be able to see that John does not have 50 per cent, more than James, because James has 50 per cent, less than John.

An incorrect or incomplete understanding of percentage of profits and failure to observe the proper method is the rock on which thousands of commercial undertakings have gone to pieces.

sideration by the school and college text book makers, especially from the standpoint of business men, so that the insufficient and incorrect understanding of the question has led many to falsely believe that the percentage of profit should be figured on the flat net cost.

The method of figuring the ratio of profit on the sale is declared by many who may not be fully informed to be diametrically contrary to the methods taught in our schools, and is therefore loudly decried by those who now insist on using the net cost as a base, to their subsequent loss.

So that it may not be misunderstood, it should be said that it is scientifically correct to use either the cost or the selling price as a base in figuring the percentage of profit, so long as rt is stated on what base the percentage has been calculated. This, however, should not be regarded as being in the nature of an academic discussion, for it is certainly the privilege of professional men to hold any views that they may prefer on 'this subject; but it is hoped that they will concede to business men the same privilege especially when the method followed has such a decided effect on the volume of net profits realized from the conduct of their business, and permit them t* adopt that method which most fully aiswers their requirements.

Gain and' Loss,” and the initial figure of cost is used as the base.

Some text books use as the base a prime or net cost and again others add a certain amount for expenses, making a gross cost as a base.

Many of the examples given refer to abstract figures, citing such cases as the following:

This is, of course, correct, and the words “gain” and “increase” are properly used in this connection, but this bears no relation to the question of percentage of profit as applied to commercial transactions involving money.

First, let us consider what we use as our cost. Almost all merchants consider as cost the invoice price of “prime” cost, with no selling or other expenses added, merely figuring in the cost of delivery to their warehouse.

\]\ operating expenses, storage, sel’insr. office expenses and every o|her item of expense must be provided for in the difference between this net cost and the net selling price.

On the other hand, manufacturers

very generally start with their shop or mill cost and add to this all the direct outlays incidental to placing the goods in the hands of the buyer. This includes storage, selling expenses, office expenses, packing, freight and all miscellaneous expenses, making a gross cost above which everything is profit.

This fact accounts in a measure for the variance of opinion between some manufacturers and jobbers on this question. Manufacturers are prone to telil the jobbers that on their line of goods a profit of 25 per cent, is made, when the 'fact is that the gross profit is 20 per cent, on the sale. If arguments of this nature are properly met a change of method of benefit to the entire trade will be effected!.

Some otf the more important reasons for pursuing this method of figuring the Percentage of Profit on the sale are as follows:

In every business (we refer more particularly to merchandising) two separate amounts of capital are required.

One item of capital for investment in merchandise.

Another item of capital Is necessary fr~ operating expenses, such as rent, pay roll, current expenses, selling expenses and all other expenditures not properly chargeable to merchandise account.

All the capital invested! in the business must produce a proper return. Dividends are Obviously impossible on the entire amount of capital invested unless all is considered in making selling prices. If the percentage of profit is reckoned on the cost of merchandise only, no provision is made for the other item of capital demanding returns.

The sales totals are always readily ascertained, but the total of each individual dailv and ..monthly cost of invoices sold is seldom, if ever, recorded in the books of business houses. Therefore with the sales totals always present is not the sale a proper base, for all calculations, and how could

cost be considered when it is not definitely known by reference to sales books? Gross costs can only be ascertained from the totals obtained at the end of the business year, and are not shown daily as are the gross sales.

The fact that a profit is not made until a sale is actually effected further advances the selling price as the proper basing factor for percentage of profit.

The salary or other forms of remuneration of salesmen is always reckoned on the sale and the amount is always based more or less on a percentage of the sales totals.

This illustration shows the greater safety in figuring on sales, especially with untrained minds who do not properly discriminate.

tually been made in such instances, and the wisdom of figuring percentage of profit on the sales has been taught the prosecutor and defendant at considerable expense.

From an article printed some time ago we quote as follows: “You will

find in every arithmetic such examples. A man buys a horse for $50 and sells him for $75, what percentage of profit does he make? Answer, 50 per cent.”

No more fatal and misleading ones were ever penned. They lead us to think of the percentage of profit from an unbusiness-like standpoint, and cause many business men to think they are making much larger profits than they really are. This makes them prodigal of expense and often leads to a failure which with more thorough knowledge of percentage could have been avoided.

Suppose a man to have in contemplation the sale of a horse on the basis of the above transaction. A broker approaches him and offers to conduct the negotiation. He asks a commission of 33V2 per cent.

Now, the owner of the horse, having a profit of 50 per cent, in sight, agrees to this, and the broker, having completed the transaction, renders a

The seller’s books would show a profit of 50 per cent, entirely eaten up by a commission of 33 1-3 per cent. Not good figuring, is it? Still, that is the way nine-tenths of our smaller merchants figure, which fact often accounts for their being small.

Process—Six dollars minus five dollars leaves one dollar, the profit. One dollar divided by $6, decimally, gives the correct answer, 162-3 per cent.

This operation is simple and a knowledge of it being vital to any one engaged in, or intending at any time to engage in business, it should be carefully committed to memory and constantly borne in mind.

When you take 25 per cent, off the selling price, figured according to the first rule, you will still have your cost intact. Take 25 per cent, from the second sum and see if the cost remains.

A large department store changed hands. The goods in stock, to cover freight and other charges were marked up 10 per cent. They were to be sold at actual cost, but for convenience sake were invoiced as marked. The inventory having been completed, nothing remained to be done but take off the 10 per cent, that had been added.

The parties to the sale accordingly approached the accountant having the matter in charge with a request that this be done. The man of figures set about making an elaborate calculation with this object in view, when he was questioned by the seller as to what he was doing.

“Do you want it done that way?” asked the accountant.

“Why not?” said the merchant.

“Well, just add 10 per cent, to a dollar and from the amount thus obtained deduct 10 per cent, and. see if you have your original dollar left.”

The merchant saw the point at once and said no more to the man of figures, who was saving him more than $3,000 he would have lost and the buyer gained without either of them knowing anything about it, and all on account of a little lack of knowledge of percentage.

The following tables show the percentage of cost which must be added to effect a given profit on the sale :— 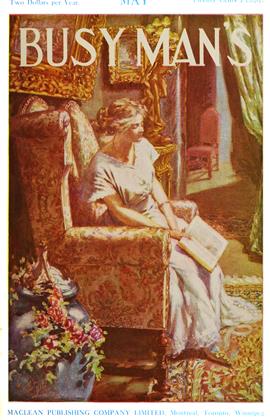