IN our last article a general idea of what stocks are and how their values fluctuate on the stock market was given. It was intended to be introductory to a more specific article on the way to buy and sell stocks. This point has now been reached. We assume that the reader has funds available in the savings bank and has come to the conclusion that he would like to invest them in stocks, believing that his return from such investment or speculation, as the case may be, would be greater than if he were to leave his money in the bank.

As has already been pointed out, it is most advisable that the prospective purchaser of stocks should secure dependable advice and should patronize a brokerage firm of repute. As the brokerage rate is a fixed one, it is really just as cheap for him to deal through one firm as another and, such being the case, he can place his orders with the strongest brokers on the street.

Having decided on the security he wishes to buy and estimated how many shares he can purchased, he proceeds to write out his ord'er on a small slip provided by the broker for the purpose. If the stock is an inactive one, so that there is no certainty that shares can be purchased at the last quoted price or, if the stock is moving up and down rapidly, it becomes advisible to place a “limit” on the purchase price. That is to say, supposing the purchaser wishes to buy ten shares of a stock, the last transaction on which was at 121.

It may not be possible for the broker to secure the ten shares at this figure. He may find it impossible to get them at less than 125. But the purchaser does not want to pay 125 for them, so he puts the “limit” at 124. With this limitation, the broker is empowered to buy the ten shares at the lowest price possible under 124. It may take some days before this is possible but, unless the buyer wishes to raise his limit, he must wait until the market reacts.

If no limit is placed on the order, it is said to be an “open” order, or the stock is to be purchased “at the market,” meaning at the current market price.

When the stock is purchased, the broker mails to his client a statement showing the cost of the stock and the brokerage due thereon. On the Canadian exchanges this is 25 cents a share. He is then supposed to give the broker a cheque for the total as promptly as possible and to secure from him a stock certificate, made out by the officers of the company or corporation whose stock he has purchased. The transaction is then complete and, if the purchaser is wise, he will lock the certificate away in a safety deposit vault.

He is now a shareholder of the company and is entitled to attend all meetings of shareholders. Such meetings are usually confined to the annual meetings, at which statements are presented and officers elected. If the company is a dividend payer, he will

also receive on the regular dates of payment, cheques for the amount due him. If the stock is on a six per cent, basis and pays its dividend quarterly (the customary period1 for most stocks) he will receive $1.50 four times a year for each share of stock he holds.

The sale of stock is carried on along much the same lines. The seller goes to his broker and fills out a sale order slip. He may leave this “open,” selling at the market price, he may place a definite price on the stock or he may state a “limit,” below which he does not desire to sell. He is notified of the sale by the receipt of the broker’s statement, showing the proceeds of the sale and indicating the brokerage, which, of course, is deducted. He then takes his stock certificate to the broker, and, having endorsed it in the form provided for the purpose on the back of the certificate, receives a cheque for the proceeds of the sale.

Marginal trading proceeds in much the same way, with the main exception that the broker holds the stock. The purchaser receives a statement of purchase from the broker, and then puts up his margin. He is furnished from time to time with statements, on which interest charges are totalled up. Dividends, when they come in, are credited to the buyer. A telegram or a letter is sent by the broker, whenever more margin is required, depending upon the urgency of the call.

There is another way of buying stocks which is looked upon with favor by many investors. This may be termed instalment buying and it applies mainly to new issues of stock. A word' or two of explanation on this point may not come amiss, as there has been considerable misunderstanding on the point in the past.

When a company wishes to increase its capital, a favorite way of doing so is to issue new stock to its shareholders at par, allowing easy terms of payment. This course is pursued when the market price of the stock is higher than the price at which the new

stock is issued, so that it may be worth something to the shareholders. To take a concrete instance. Assume that a company with a capital of half a million, wishes to increase its stock to $600,000, by issuing $100,000 new stock at par. The market price ' is about $125 a share. The thousand shares of new stock are assigned to the old shareholders and as there were originally five thousand shares, it follows that for every five shares a man holds, he will be entitled to subscribe to one share of new stock. If he happens to have five or ten, or twenty-five shares, he can take up one, two or five new shares. But, suppose he has an odd number of shares ? It is here that the difficulty comes in.

The fact that this particular stock can be purchased on the open market at $125 a share, means that there are people who are willing to pay $125 for it. But the new stock can be bought for $100 by the favored holders of old stock. The consequence is that a monetary value acrues to the “rights” of the shareholders. They will command a cash value on the market.

20 per cent, installments at intervals of two or three months.

There is always considerable dealing in rights, during the time new stock is being issued and anyone who wishes to secure sufficient rights to make up one, two or more shares can do so. If a holder of stock has rights on eleven shares, he will probably subscribe to two shares of new stock and sell the eleventh right. Or he may sell all his rights. In this way there is plenty of opportunity to pick up what one requires.

Purchases are made in precisely the same way as in the case of stock and when all the necessary rights are purchased, these are exchanged for interim certificates at the offices of the company issuing the new stock. Pay-

ments on these certificates must then be made as stipulated on their face. When all are completed, the regular stock certificates are issued1.

By reason of the issues of new stock by certain companies from time to time, it is possible for a holder to amass quite a number of shares, for which he will have paid on an average very much less than the market price. Those who were so fortunate as to buy C.P.R. stock years ago when it was below par and who have taken up the new issues as they have been allotted, will find1 that their holdings have been greatly increased and that the average price paid has been little, if anything, above par, while to-day the stock sells within a few points of 200. 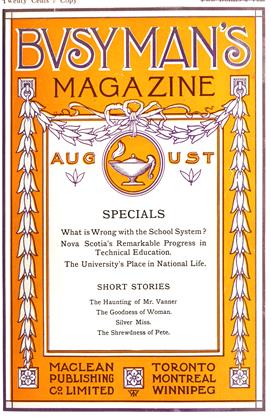