What Is to Become of The Preacher? September 1 1911

A STRONG article on the smallness of the salaries paid to clergymen appears in Hampton’s Magazine, from the pen of Dr. Thomas E. Green, which will set many people thinking. He takes first a typical case.

The Reverend Charles Wesley Bradley is pastor of the Methodist Episcopal church in a thriving Wisconsin town of twentyseven hundred inhabitants. We shall call this town Cedarville.

Cedarville stands in the midst of one of the most fertile farming regions in the Middle West. Situated in a southern tier of counties, its county line joins the rich Rock River valley of northern Illinois. Farm lands in the neighborhood are worth a hundred and fifty dollars an acre.

The two thousand and seven hundred people of Cedarville are almost all prosperous. For the most part they are intelligent, well educated, highly moral, good citizens. The town has two banks, a couple of weekly newspapers, a creamery, a grain elevator and a fine new higa school.

Not an undesirable place for the Reverend Charles Wesley Bradley to be assigned to by the annual conference. The parsonage, though small, is a cheerful, well-built frame cottage. The Bradleys have lived in much worse houses; in fact, they have seldom lived in a bettor one. In the course of twenty years’ itinerancy, a Methodist minister’s family has a chance to experience a variety of housing conditions, and learns to be satisfied with mere comfort.

In addition to the house, Mr. Bradlev'.c: congregation allows him for his services as their pastor the sum of $800 a year— that is, they promise him $800. Generally the quarterly payments are in arrears.

Periodically this question of the minister’s salary becomes acute, and the parish board of directors hold a series of meetings to consider ways and means of making up the deficit. When the relief comes and the minister is paid his back salary, the board always appears to be making him a present. He is expected to be grateful, and to show his apprécia-

tion by working a little harder than before.

To be sure he is grateful. The matter of arrears in salary is in a constantly acute stage in the privacy of the minister’s family. His wife, who is the business manager of the household, never rests from her responsibility of paying old bills. At forty she looks back on what seems a long life of poverty as hopeless as it was pathetic; a poverty that must hide its face behind a pretense of comfort and contentment, and that must contrive somehow to live up to the requirements of gentility demanded by a clergyman’s social position.

The family must dress neatly, the children must be educated, the home must be attractive to visitors, there must always be room at table for a chance guest. The problem of maintaining the standard on a small income paid at uncertain intervals keeps the minister’s wife in a state of nervous tension, hardly ever relaxed. Sometimes her tired nerves give way in a fit of temporary rebellion.

Mrs. William Anderson was the wife of the president of Cedarville’s largest bank, and the leading woman in Mr. Bradley’s congregation. Childless, rich, energetic, Mrs. Anderson gave much of her time to parish activities. She was the president of the Ladies’ Aid Society, president of the Woman’s Missionary Society, and active in all the Epworth Leagues, temperance societies, Bible study circles and the like which make up the life of a church.

Her motor car purred at the curb as she trailed her silken skirts into the little parlor of the parsonage.

“I’ve only a moment, Mr. Bradley,” she said cheerfully. “Mr. Anderson is waiting for me to drive him to the farm. It’s such a charming day to go to the country, isn’t it? I wanted to make sure, though, that you remember that next Sunday is our annual collection for foreign missions. I do hope you will urge the congregation to give liberally. We want a good showing in the conference report, you know, and we must do our part in the great missionary movement which is waking up the church just now. Thirty thousand additional missionaries called for, just think of it ! I hope Mrs. Bradley is well. Give her my love, and you will say all

you can next Sunday for the missions,

“Surely,” agreed the minister. “Missionary activity is the very life of the church. I had not forgotten, but thank you for coming just the same.”

The motor car spun round the corner, the minister went slowly back to his shabby desk and sank wearily into his chair. Before him lay a circular of the Missionary Board, its headline in bold type staring him in the face:

For the first time, or perhaps not for the first, but for the hundredth time, it occurred to the Reverend Charles Wesley Bradley, “Why, in the name of common sense, did I not become a foreign missionary instead of an itinerant parson?” It is too late to wonder now. The Reverend Mr. Bradley, at forty-six years of age, with four half-grown children and a tired wife, is undesirable timber for the foreign mission service. But if he only had chosen the foreign field—

In Cedarville he is getting $800 a year and a house, say $1,000 in all. That is, he is promised that much, but getting it is more or less problematical.

In the foreign field he would have been paid at least $1,500, and he would have received it with clockwork regularity. Moreover, the purchasing power of $1,500 in American gold is so much greater in foreign lands than in the United States that the missionary finds his income almost three times as large as the figures indicate.

In addition to his income there is frequently a salary paid his wife. The Missionary Board does not ask the missionary’s wife to perform the unpaid services expected of the parson’s hard-worked, unappreciated partner. If the missionary’s wife teaches or nurses or helps with the Gospel work, she is paid for it—as she should be, of course. The missionary’s wife does not even have the drudgery of taking care of her babies. For every baby that arrives the family income enables her to employ a patient, efficient, silentfooted, restful servant.

Rare indeed is the minister at home who can have three or four quick, industrious, obedient servants, his own conveyance, a comfortable, not to say commodi-

ous dwelling, and a position of social eminence.

And there is no peril any more in the work of a missionary, if he be content to be simply a missionary. Let him keep clear of politics and avoid the ever-present temptations of mixing in with the grasping avarice and dishonesty of business promotion and he is as safe in Japan, in India, in equatorial Africa as he is in Wisconsin.

“Fifty Millions for Missions!” Every meeting of the Protestant churches in conference echoes this demand. Fifty millions, mark you, in addition to the regular appropriations of the missionary boards of the churches. The great sum has been called for and it will undoubtedly be found.

Of course, only a small part of the money will reach the thousand million heathens for whose conversion it is spent, although the fund will be administered with the most religious honesty, and with no little ability into the bargain. Converting the heathen is about the most expensive luxury in which the church indulges.

It has always been an item in the budget of the missionary board that it took one dollar to make a dollar efficient in the field. That will halve the appropriation. Actually, the cost of missions is greater than that. At least a missionary whom I met last year in Japan, on his way home on furlough after eight years’

work in India, told me that every dollar that came into actual practical use in his work had cost the Foreign Missionary Society three dollars and seventy-five cents to put it there.

Nevertheless, if it costs six dollars, instead of three dollars and seventy-five cents, the money would still be spent. The conscience of Christendom demands missionaries. Look at the situation.

According to the figures set forth by the World’s Geographical Society, the population of the earth in round numbers is 1.440,000,000.

According to the most hopeful and optimistic figures compiled by religious statisticians, one billion of them are not Christians. Four hundred and forty millions comprehend the membership of all the divergent and oftentimes warring sorts and kinds of Christians. A thousand million of the world’s teeming life make up “the perishing heathen.”

Among the various nations and peoples there are 13,350 missionaries, for whose support the religious forces of the United States contribute this year ten million dollars.

Since the vast majority of the heathen, when they are not persisting in their allegiance to Mohammed or Confucius, are continuing to bow down to wood and stone, it is apparent that we need more missionaries and more millions. The call has gone forth for thirty thousand new missionaries and fifty million dollars to back them up. 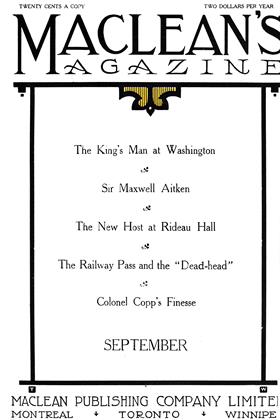