MANY of the objections to slang urged now and then by purists seem to the student of language, for the most part, groundless. Much of the better sort of slang is an unconscious endeavor to turn into vigorous Saxon English, readily understood, the highly latinized English of the learned. For instance, “to take the hide off” is a forceful rendering of excoriate, as “kicking back” is of recalcitrant, as “to catch on” (to one’s meaning) is of apprehend, and so on. Both telegraph and telegram have long

since given way, in che business world to irire, which is sure to come into general use. So common had “wire” become there was felt to be no need of any foreign importation for the wonderful “wireless,” which is now currently used as adjective, noun, and verb, so flexible is our speech. “Elevator,” strange to say, has held its own even on the lips of the bellboy, though the Englishman’s lift is far better.

Much of the current slang supposed to be modern is not new. For instance, “kid” (child) goes back as far, at least, as Massinger’s Old Law (1599) :

“I am old, you say. Yes, parlous old, kids, an you mark me well!” Kidnap (to nab a kid) was certainly not a new word to De Foe or Bunyan.

“To skip out” is accounted slang, but in Wycliff’s translation of the Bible we read: “Whanne barnabas and poul herden this, thei skipten out.”

In Ralph Roister Doister, the first English comedy, about the middle of the sixteenth century, an actor says: “Nay

The study of language has demonstrated that common usage to-day makes language to-morrow. The new use of a word to-day becomes the accepted use of that word to-morrow. And so it foliotes that the slang word of the present, provided aheays that it serres a useful purpose atid is not merely slang for slang’s sake, becomes embodied in the accepted vocabulary of the future. The following article bears interestingly on this point.

dame, I will fire thee out of my house,” which certainly has a modern ring.

Goldsmith in The Good Natured Man (1768) says: “If the man comes from the Cornish borough, you must do him”; and this will require no gloss for the modern reader.

“Not in it” is found in Shakespeare’s Winter’s Tale : “They have a dance which the wenches say is a gallimaufry of gambols, because they are not in it.”

The optimistic brakeman, who had both legs cut off by a train, and who, when a bystander tried to console him by saying he ought to be thankful he wasn’t killed outright, replied, “I’m not kicking,” was only using a biblical expression : “Wherefore kick ye at my sacrifice?”

“Buss” is Shakespearian slang for kiss, the Johnsonese definition of which is: “The anatomical juxtaposition of two orbiscularis oris muscles in a state of contraction.”

The tendency to-day is strongly toward the Saxon element of our language, short and simple, except in scientific treatises. A well-known medical writer published an article, a few years ago, in one of our most popular weeklies, in which he said : “The problem of whether life be worth living emphatically depends upon the metabolic integrity of our hepatic cytoplasm.” A wit, not a scientist, long ago answered Mallock’s question, “Is life worth living?” by replying: “It depends on the liver.”

By the way, did not pun come in as a slang term? Skeat derives it from the Anglo-Saxon punían, to pound; “hence pound words, beat them into new senses, hammer at forced similes”; and the labored efforts often made seem to justify this etymology. It is so used by Shakespeare, in the sense of pound, in Troilus and Cressida (2,1) : “He would pan thee into shivers with his fist.

Slang is the spare-ribs of speech, cut to the bone. A certain literary editor has placed ’phone in his “Inferno.” Another attempt to lash the waves. Was he unmindful of cab (cabriolet), cad (cadet), pet (petit), pup (poupee), fad (fadaise), navvy (navigator), bus (omnibus), mob (mobile vulgus), etc?

“I have done my best for some years past,” Swift wrote, “to stop the progress of mob and banter, but have been plainly borne down by numbers.” Take boss, which came in as slang, out of the propaganda of a great progressive leader, and what gaps you have left to fill ! What would the purist suggest in place of “It’s up to you,” “I’m up against it,” “He went back on me,” “graft,” “stunt,” etc.? “Mossback” and “rubber-neck,” the coinage of unrecognized poets, are more expressive than “greenhorn,” which has long since won its way in standard English.

In the same way that politics of to-day is history in the making is the slang of to-day language in the making, and for this reason slang is of immense interest to the student of language.

Victor Hugo says in his chapter on slang (L’Argot in Les Miserables: “To hold up on the surface and keep from for-

I getfulness, from the gulf, only a fragment of any language which man has spoken, and which would be lost—that is to say, one of the elements, good or bad, of which civilization is composed—is to extend the data of social observation and serve civilization itself. ... To those who study language as it should be studied— that is to say, as geologists study the earth—slang appears like a real alluvium.” He remarks in this same chapter: “That exquisite and so celebrated line, ‘Mais ou sont les neiges d’antam?’ is a verse of slang. Antan—ante annum —is a slang word of Thunes, which signifies the past year, by extension, formerly,”

As to daily use, every man of taste rightly resents the wanton slinging of slang. The present writer finds himself in the same boat with a friend who says: “I don’t smoke myself, but I always like to smell a good cigar.” And mark you, the cigar must be a good one. 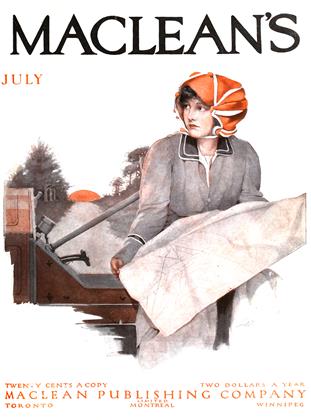