A Canadian Adonis of the Stage MARGARET BELL October 1 1915

IT seems rather extraordinary that so many sons and daughters of clergymen should adopt the stage as a profession. Or perhaps, on second thought, not so extraordinary. Too much of a good thing often becomes a surfeit, we are told. Then, there may be other reasons. Clergymen have been known to have beautiful daughters and handsome sons. The only profession which has been proven can flourish on mere physical beauty, is the theatrical profession. So it is, perhaps, natural enough after all.

At any rate, when Reverend Gavin Lang, parish minister of Inverness, New Brunswick, first looked upon his son who, later, was to bear the name of Matheson, he was undoubtedly impressed with the babe’s striking features. Fathers have been known to detect beauty in their children at birth. And certain it is that the bonny Lang baby was born with the same cleft in his chin, which has been such an asset in all his stage life. Then, there was a pair of liquid, blue eyes, that promised to develop lashes, which would be the envy of all boys who ever stood before a

mirror. Even as an infant, this Lang prodigy had a way of raising his eyelids as no other infantile eyelids were ever raised. And the mouth gave promise of that Cupid uptilt at the corners, which has since made him the despair of hundreds of matinée girls.

A S the cleft in the chin developed, so also did the boy’s reasoning faculties. He used to lie awake at night, wondering how he could make the most of the gifts, with which the Fates had seen fit to endow him. Not the least of all these gifts, be it remembered, was the Apollonian visage and Hyperian curls.

First, he imagined himself an orator. That was only semi-satisfactory. An orator, be he ever so magnetic, must, for the most part, appeal to the intellect of his audience. Therefore, orators need not necessarily be handsome. So that idea was thrust away.

The only profession open was the stage. True, it seemed a far cry from the pulpit

to the boards, but the tediousness of such a journey was gradually being obliterated by modern trains of thought. And the stage idea was the greatest panacea yet found, for the boy’s troubled indecision. It satisfied his romanticism.

So the stage was decided upon, as the great, glittering background to reflect the young Lang’s physical brilliance.

Naturally, there was somewhat of an eruption when he announced his decision. At first, it would not be heard of. Was it for this that he was sent to Inverness College and St. Andrew’s University? Was he going to waste his Latin declensions and Greek roots on the most futile, the most Satanic of all the professions, law included? Whoever heard of educating a boy to become an actor? It is enough to be an actor, when one cannot be anything else.

T) UT the son was determined. He had -L' been given a cleft in the chin but he had been given more. The chin itself was square and able to match with any other chin in determination.

So it seemed that the only thing to do was to tell nobody in all the parish a word about it, but pack the boy off to England. Just as Canada is made the dep o s i t o r y of all younger sons who have not lived up to the English standard of conventionality, so England becomes the bosom into which are gathered many of the ambitious professionals from Canada.

There was a man in England who seemed to be a little apart from the typical theatrical producer. His plays were taken from the works of the great dramatist, whom everyone once made it a cult to know— before the coming of G. B. S. If anyone stood for respectability in Thespianism, it must be he.

So Matheson, the son of good parents, became a member of the F. R. Benson Shakespearean Company.

AND very successful he was too.

He soon learned what it was to have feminine fingers fashioning amorous notes to him. His vocabulary broadened in epithets, from the reading of these notes, and that marked fastidiousness of dress which had always characterized him, became

even more marked. After all, the costumes which are associated with periods in which tyrannous Shakespearean kings lived and died, are most becoming. They encourage physical fastidiousness, they cater to the eye which is always on the look out for artistic effects.

Such an eye was Matheson’s. And, moreover, such was his physique that it did full honor to the Elizabethen scarlets and blues and purples in which it was clothed.

Ellen Terry heard of him. And what’s more, she went to see if what she had heard was true. What she really had heard is not chronicled, but the result of her going and seeing was the same result that occurred to someone else, hundreds of years before. Conquest. Except that it was the conquered who went and saw, not the conqueror.

Then occurred an occurrence. The handsome Orlando, Orsino and Bassanio

was sent for. Sent for moreover, by England’s greatest exponent of England’s greatest dramatist. She was about to leave on a tour of the provinces. The spangled canopy under which the star of Lang’s brilliance was to shine, was “Much Ado About Nothing.” Terry’s Beatrice was desirous of a new Benedick—a fresh, young Benedick with vim, voice and vitality: in short, a Benedick unspoiled by long association with his role.

And one, who would prove a hands.ome Benedick. So there you are! One’s talents cannot be hid. Even one’s physical talents.

' I ' IME, however, and the success of the Benedick rehearsals, induced Terry to give “Much Ado” in London. A rare opportunity for a young actor! And even more rare for a young, colonial actor, unschooled in the ways and wiles of the great city of cities. At last, was he ex-

periencing a dream of his youth !

The Terry tour of the provinces embraced other plays. Benedick, after his successful jaunt through London publicism, rested there until the time should arrive for the continuation of his journey.

That continuation, oddly enough, was destined to take place in another land. It was just about that time that Benson decided to make a tour of the West Indies. England’s tongues were undulating with the name of the newest find in Thespianism. London’s photographers were richer by many shillings, several scrapbooks were bulging with flattering clippings —well, what more can an actor ask for? At any rate, such brilliance was a 11 that was necessary for West Indies. And out went Matheson, to play leads for F. R. B.

When he returned to London, H. B. Irving was preparing “The Jury of Fate,” for early production. And again Lang appeared on the scene at precisely the right moment. His name was put down in the “Jury of Fate” programmes, and his quickly increasing repertory added another cubic to its artistic stature.

And more cubits were soon to be added: in the same year, as a matter of fact. At the Comedy Theatre, a production called “Josephine” was in the state of preparation. Young Lang, now being established in London as an actor with possibilities, was considered a great acquisition to any stage. So it was not unnatural that he should have been offered the leading part.

That romanticism which is clothed in costumes especially becoming to a handsome physique, however, had always appealed to him most. There is a great deal' of satisfaction in a romantic role, especially if the player be blessed with a romantic visage—and a pair of romantic appendages.

So the next part which the young hero essayed was consistent with his ideas on such a subject. Tristan in “Tristan and Isolde.” That was in 1906.

C UCH is the progressive intellect that S' all the time one is in the act of accomplishing one thing, one is also mentally active in devising another. All the time that Matheson Lang was appearing in the gratifying role of Tristan, he was thinking of appearing in another. Future success must needs depend on present efforts. He was ambitious to be recognized as a successful Othello. What could have prompted this ambition, who can tell? For it must be somewhat of a strain on a young, handsome actor to assume the guise of so unhandsome a character. However, there might have been some thought of art in it. There is always that explanation of any act.

Be that all as it must, may or can, he appeared as Othello, in Manchester, the next year. And with much success!

And it is not to be doubted that after this successful role, there were many delightful matinée girls who thought that Othello was not such a monster as they, at one time, had been led to suppose. For essentially, Matheson Lang had arrived at that pinnacle of fame, known as the matinee idol’s pedestal. Also, it must have cost somebody a great deal of sterling, to pay for the electricity which now flashed out the nightly information that he was a star !

Then his thoughts strayed from Shakespeare, for a time. Of course there was always a chance of his appearing in his favorite role, of the melancholy Dane, at some charity matinee or other. What else are such matinees for, if they do not give the player an opportunity of appearing in the part which reflects the greatest glory to himself?

He has played successfully the leading parts in “John Gladye’s Honor,” “The Christian,” “The Devil’s Disciple,” and “Henry VIII.” And at the present moment, after a long run in London, he is touring the provinces in a weird, horrible Chinese realism, known as “Mr. Wu.” In this, all his physical beauty is eclipsed by the brilliance of his conception of a character, scheming, sensual and brutal. 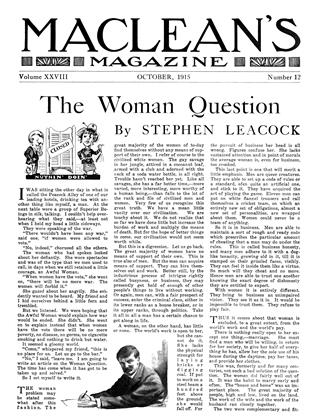