I’M going to invent a better and cheaper light than daylight,” said Peter Cooper Hewitt, of New York, several years ago. “Better, because it will allow the eye to work at its highest efficiency, and cheaper, because buildings can be put up perfectly solid without windows, light shafts or sacrifice of space.” Another visionary with a pretty impossibility, thought the world.

The Cooper-Hewitt mercury vapor electric lamp, which is to be seen in photography establishments everywhere, and which is the one dependable factor of motion picture manufacturing was the inventor’s answer.

“I’m about ready to talk to Europe,” said Mr. Hewitt several weeks ago. “I’ve spent eighteen years studying nothing, if a vacuum can be considered as such, and I’ve got a little vacuum tube here which can catch, and amplify sufficiently for the human ear to receive its message, the hundredth of a millionth of one horsepower of electrical current. That little vacuum tube is going to do the trick.”

This tube is only a foot long and a few inches in diameter, yet Mr. Hewitt promises a few wonders with it, such as wireless conversations at low cost between Europe and America, power to converse daily in your own home with a friend

crossing the Atlantic, the transmission from one city to another of every sound uttered during an opera performance, and ability to keep up steady conversation between a dirigible and persons on land, or between heads of allied armies, with none but the two persons talking able to catch a syllable of the conversation.

“Telephoning to Europe is not the difficult problem one would imagine,” explained Mr. Hewitt, “but is, in fact, simpler than communication by wireless telegraph. With the simple little tube the personnel of a wireless telephone station would be far smaller than that of the average wireless telegraph station. The current needed is about the same, but that is one of the smaller items of expense. I should think it would soon be as cheap to talk to a person in San Francisco as to telegraph.”

At the top of this vacuum tube, in which lies the inventor’s secret of wireless telephony, a wire is fused into the glass and connected with the “receiving electrode,” which consists of a circular piece of metal through which messages from the air pass into the small receptacle. The top wire is connected with the wireless antennæ, or sound collecting wires. On the side of the tube, near the bottom, a little glass bulb protrudes, and through this the “positive electrode” enters. Externally this electrode is connected with two wires, one of which goes through a “potentiometer,” which adjusts the current, and thence to the telephone headpiece, and the other of which leads to the batteries by which the receiver is operated.

Mr. Hewitt had previously discovered that if you exhaust air from a tube in the bottom of which there is a small quantity of mercury, and then pass an electric currant through the tube, a vapor is formed by the mercury which not only conducts electric current but produces a number of the most extraordinary phenomena. He discovered, furthermore, that if the tube were connected with the wires of an ordinary telephone it would produce a loud roaring sound which made it utterly impossible for persons to hear each other speaking over the wire. To overcome this great roaring sound was his big problem.

“I finally made the tube keep still,” he said in a matter-of-fact way. “I did it by exceedingly careful adjustment of an inductance and a resistance coil through which the wire from the positive electrode passed to the battery, and by altering the shape of the tube until I had gotten the positive electrode a certain distance from the negative electrode, just about a quarter of an inch, and by making the negative electrode of a fine platinum point protruding the fraction of an inch above the mercury and capped with a tiny bit of mercury. Even then it would not work right until I made the positive electrode in the shape of a small disk with a hole in its centre and placed the platinum needle directly under the hole. I then found that the current spread from all parts of the pierced positive disk simultaneously and entered the tiny platinum point smoothly and noiselessly, and that the problem had thus finally been solved and in a satisfactory way.”

formed the negative electrode. A little blue light sputtered and flashed on the tiny point when the instrument was receiving wireless messages that weren’t meant for it.

The sending apparatus is based on the same principle as the receiving, both depending on the mercury vapor tube, but the receiving changes direct to alternating current. Our telephones are operated with direct current, and for that reason no sounds interfere with the conversation. If alternating current were used it would have to vibrate so rapidly that it could not be heard by the human ear. High C, which the human voice rarely reaches, has a sound frequency of 1,500, or has 1,500 vibrations or waves, to the second. Sound goes higher and higher with increased frequency until it vanishes.

“Wireless telegraphy was possible before wireless telephony,” said Mr. Hewitt, “because the first instruments invented to create a high frequency gave off their waves in ‘trains,’ or series of four or five waves each, and therefore could not carry a continuous sound but could carry dots and dashes. The vapor tube, unlike the carbon arcs in use, lasts practically indefinitely, with no part of it burning out,

Distance will make practically no difference whatsoever, because of the power of the instrument to pick up the faintest message and amplify it, and music will in no way interfere with its workings—in fact, it registers the human voice in the same accent and tone in which it is uttered. For sea and air use, for ocean liners or for Zeppelins, it will accomplish its end with an equipment lighter and smaller than the telegraphic instruments now in use.

“The intercepting of a message in war would be fatal,” said he, “and effort to use a code over a telephone wire would be cumbersome. But by virtue of the fact that the apparatus can be adjusted to send and receive extremely high wave lengths, and that both sender and receiver can be attuned to harmonize with one another and not with outside instruments by adjusting the wave lengths, it will be possible to send messages from one point to another so that they can be heard only through the instrument they are intended for.” 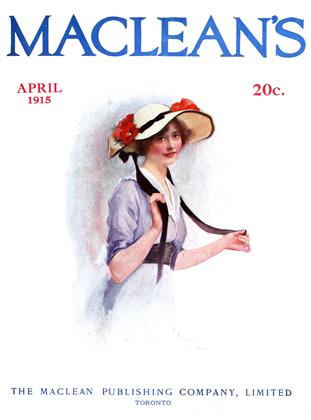