¶ Then came the War, and as if by magic all was changed; from Adversity to Prosperity was a short shift and even Industries that were wavering on the ragged edge of failure took on a new lease of life and assumed a prosperous air. The stupendous demand for products of every description was, and is, such that extension of plant and increased production became the order of the day and under these unprecedented conditions, business to-day is pushing the man who, under normal conditions, could not push business. ¶ The whole structure—Agricultural, Industrial, Commercial and Economic—has been undergoing the most drastic change the World has ever known. But how about the man? And how about business, with its increased facilities for production and its corresponding overhead expense, when this demand ceases and Competition sets in? ¶  ’Tis said the leopard changeth not his spots, and this, in a measure, applies to business management. The test of fitness will come when the Commercial War begins and a new order of things exists, to which we must adjust ourselves. A tremendous momentum has been started and maintained on business we did not seek, and the Wheels of Industry have been greased with prices exceeding our wildest dreams. We have been floated into position, on a tidal wave of business, far and above the jagged rocks of competition, which await us when the tide recedes. What then? — is a question worthy of sincere consideration NOW.  ¶ To successfully cope with the new conditions and maintain our progress will create a demand for Hundred Point Men. Men who are well balanced — men who are not one-sided in their development, whose energies do not seep into narrow channels, while the main streams of ability are allowed to run dry — men who are broad, who do not take half views of things — men whose education has been received in the school of hard knocks, whose capital is Knowledge acquired through experience, who mix common sense with theory and do not permit the technical to distort their practical viewpoint of everyday life — men who have studied men and mastered conditions, whose love of humanity knows no bounds, who despise pretence and worship a good name — men who can decide and whose decisions are intelligent and just, who see education and development, discipline and character in their occupation — men who can co-operate more successfully than they can compete — men who can honorably and persistently produce results — such men as these are the Executives of the future — HUNDRED POINT MEN 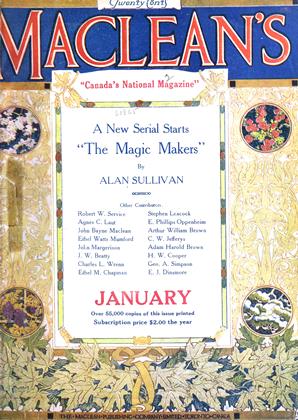