THERE was a four-line despatch in the newspapers the other day to the effect that the sentence of death imposed by the French courts on Bolo Pacha had been carried out. The sensational events of his trial are still in the public mind, but fresh information is contained in an article by Lewis Allen Browne in The Forum. He presents the interesting fact that Bolo Pacha’s conviction was brought about by evidence secured in New York. Five days’ work by a clever American accountant untangled the skein that the wily Bolo had wound about him. Here is the story:

The story of Bolo Pacha, international adventurer and agent of Germany, has been told in part, as the evidence of his guilt was revealed by the investigation of the Attorney-General of the State of New York; but the inner revelations of this sensational achievement and the machinations of the French traitor have not been revealed.

How the clever paid agent of German propaganda manipulated nearly $2,000,000 of German money through New York banks and succeeded in transferring it to France, and how his plots were unearthed and exposed, is a story of “high finance” in war records never equaled. That great financial institutions like the House of Morgan and the Royal Bank of Canada were Bolo’s tools in running this great money blockade but adds weight to the skill and importance of his operations.

In his morning’s mail on the 23rd of Sep-

tember, 1917, the expert accountant, Perley Morse, in reality a statistical sleuth who had served the famous Thompson Investigation Committee in its legislative investigation of the New York Public Service Commission, and in other important probes, received a letter from the Attorney-General of the State of New York, Merton E. Lewis, notifying him of the desire of M. Jules J. Jusserand, the French Ambassador, to ascertain and report the activities of Marie Paul Bolo, known as Bolo Pacha, in New York, in connection with the handling and transfer of an enormous sum of German money received presumably from Count Bernstorff at the time he was the German Ambassador to this country.

No hint or clue was given the accountant as to how much or where or when these funds were placed in the banks. Full authority of subpoena was conferred upon Mr. Morse in the name of the State of New York, under the “Peace and Safety" law enacted by the last legislature and, for the first time since its passage, invoked by Governor Whitman in the interests of the French Government at the request of Secretary of State Lansing.

With a pocket full of blank subpoenas and nothing else, Mr. Morse started out for Wall Street. His long acquaintance with the big financial houses and his trained intuition led him to believe that an affair of millions concerning the German propaganda would lead into the whirlpool of American finance. He hardly expected, however, to find that the proverbial blundering agent of Teuton propaganda would dare to use, as a clearing house for enemy money, such a great pro-ally American firm as J. P. Morgan & Company; yet, after two days of relentless search, backed by the power of the Government, the trail led unmistakably to the corner of Wall and Broad Streets.

So skillful had been the cunning of the German agent that Morgan & Company was utterly innocent of having been made a cat’s-paw of German intrigue designed to poison the minds of the French people and overthrow the French Ministry. When Mr. Morse acquainted the Morgan firm of the facts that he had so speedily unearthed and notified them of his mission, the ponderous ledgers of the great banking house were thrown open to him and to his experts. Every facility was given him to trace out the clever manipulations of the German agent. The story of intrigue unfolded itself as much of a surprise to the Morgans as to himself.

Photographic copies were made of every entry, every slip and every letter relating to Bolo’s transactions and thus were further trails opened leading to the great banking house of G. Amsinck & Co.; the Deutsche Bank and to the New York branch of the French banking house of Perier & Co., where it was revealed that Senator^ Charles Humbert, owner of the great Paris newspaper, Le Journal. and a French Senator, had an account to which $200,000 of the $1,800,000 fund was credited.

Without waiting to examine the many witnesses that Mr. Morse had listed through his discoveries of the financial juggling, lest the apparently guilty man escape, a brief summary of the discovery was conveyed •through Secretary of State Lansing to Ambassador Jusserand and cabled to France. [This was September 28th. September 29th PaulBolo Pacha was in prison charged [with high treason.

' Then came the detailed work. By the ¡sixth of October four witnesses had been subpoenaed and their testimony, amounting ;o more than forty thousand words, taken ’in secret chambers in a prominent hotel. Mr. Morse also made out two immense reports, covering every detail and including a score or more of photographs of checks, check stubs, bank slips, ledger pages and similar Evidence as well as many original papers, úater a little more evidence was added and nore testimony. All of this, a decidedly >ulky bundle, was sent across to France and ay stacked upon the desk of the French >rosecutor of Bolo Pacha during his futile ight for life.

the trickery of that curly-haired Levantine* ex-hairdresser; ex-chum of the Khedive Egypt, Abbas Hilmi, the Kaiser’s friendi from whom he received his title “Pacha;: ex-friend of the brother of a Pope; ex-in triguer in German propaganda in Switzer land; débaucher of his once beloved France 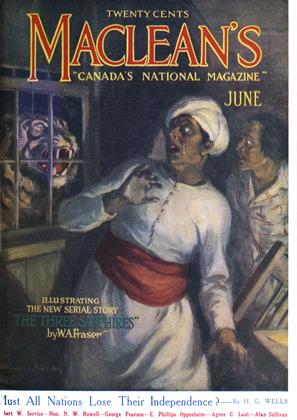