By H. H. BLACK, Montreal Editor of The Financial Post

This is the idea of investments that MAC LEAN’S MAGAZINE desires to present: That men and women should save carefully, putting llteir money in the bank, should cart y endowment and life insurance; should make a will, naming some good trust company as executor. When these matten, have, bei a token rare of, the surplus income should be invested in good Government and municipal bonds. 7o these might be ad.de'1 good real estate mortgages, but the ave rage man or woman who is not in close loue, with values would be unwise to put money into mortgages at the present time, except indirectly through investment in some ot the good loan companies shares .Men and women, and particularly young men, whose incomes art above the average, who are not dependent upon a sure income from their investments and who are willing to take risks to secure a larger return on their money, may buy shares in financial and industrial companies. MACLKAN’S MAGAZINE does not care to advise readers on any particular securities, but with the aid of the editor of “The Financial Post” will gladly give regular subscribers opinions on new flotations. 1 HE EDITORS.

THE outstanding feature of the investment market this past month has been the upward movement of bank stocks. During the period of the war practically every bank stock declined, partly in common with the universal downward trend of all securities, partly due to the enforced lower profits that the banks were showing through the need for their keeping a large portion of their liquid assets ready for Government requirements. During the year 1918 profits in most cases again passed the former figures, owing to the remarkable developments in the business of the banks, and they are now advancing to new high figures for the present year. Not only was the disposal of their surplus cash restricted during the war, but by an agreement with the Minister of Finance they were not allowed to extend at their pleasure into new territory. Since the armistice, the “lid” is off, and there was a wild rush the last couple of months as into new gold fields, and scores of new branches were opened up, especially in the West. Already the keenest of competition has developed among the various banks, and it is hinted that some rather warm interchanges have taken place between general managers at what they regarded as “invasions” of the ground they had held for years before. Indeed in one case I was chatting to tue head of one bank when another high official came in to announce that such and such a DanK was proposing to open up in a certain town in opposition. “Tell-that if he does we will open up in some town w’here he has a branch.” To me it was a delicious piece of human nature, almost unbelievable in bank men ; that touch of nature that makes the whole world kin; that sort of square, face-toface fight one loves, and I felt like patting that bank chief on the back—but didn’t. Surely it strikes away the props from those who are always suspicious of the existence or creation of what they term a “Money Trust” in Canada. The reduction in the number of Canadian chartered banks to nineteen, two less than one year ago, has served only to intensify the competition for business, and for serving the commercial interests of the country, that exists among those that survive. It has. on the other hand, added strength to the banks not only to cover domestic demands, but to stretch out along international lines and open the way for the extension of Canadian trade in Eui’ope, South America and the Orient. In England recent amalgamations have taken place among the bitterest of rivals, with little opposition even from the extreme radical sections, in order that there might be -what has been termed “concentration of credit,” and that the group of institutions might be the stronger to help in the development of export trade, retain for London the title and place as the world’s financial centre, and provide credit as in the past for the greater part of the world’s international trading. As the banks are shaking free of wartime restrictions so the values of their securities are appreciating. Within a very few weeks, the selling price of one bank stock has gone up 17y2 points,

another 25, another 10; another 13; and so on. And yet the present prices are far below pre-war levels. Twelve of the bank stocks have declined in the four years a total of 208 points, an average of a little over 17 points each, even allowing for the recent advances. As interest rates decline bank stocks will tend to advance; and this movement will be accelerated by the increases in the earnings which should be the experience of the most of the Canadian banks in the next few years. Another factor that will tend to strengthen the hold of a bank stock as an investment is the condition under w’hich future increases in capital stock are likely to be made. In the case of one bank, the Royal, shareholders can take an allotment of the neiv stock at $150 a share on the basis of one share for each seven they already hold, the present market price being $64 a share above the issue price, and the President intimates that future issues will be equally advantageous. The Union Bank in a new $3,000,000 issue does not hold out an equal bonus inducement, but the stock of this bank has risen in the past fewr months at a rapid rate. As in the case of the Royal, this bank is advancing into the foreign field of trade, and announces a subsidiary corporation designed primarily to develop trade with the far East, with offices in Yokohama, and other Eastern centres. Writing of the proven stability of the Canadian banking system, Sir Frederick Williams-Taylor says: “The system as it stands is, without doubt, adequate to meet any possible demands arising during the reconstruction period and for years thereafter.” Indeed the centralized, branch system of Canada is fast becoming the desire of many financiers of the United States, who recognize increasing elements of weakness in the de-centralized system of that country, with its five thousand and more separate institutions. The international aspect of Canadian banks holds forth infinite possibilities and will create a new’ interest among investers. The other day I was talking to the head of a leading banking and brokerage house in Montreal about the listing of Victory bonds on the Exchange, where in the main they had met w’ith strong support. He remarked: “One Continued on page 80

The invitation given to readers of MACLEAN’S MAGAZINE to avail themselves of any information at the disposal of the writer in regard to investments they have made, or are contemplating, is being acted upon. Before me from the same postal delivery are inquiries from a town in Ontario, and New York City, one dealing both with a department store stock and a coal mining proposition, the other with a gold mine. All inquiries are answered personally, and are treated as confidential. These should be addressed to the editor of this department of 128 Bleioqj Street, Montreal.

year ago when we were discussing how the 1917 issues could best be handled, I urged that they be listed at once on the stock exchanges. I had no doubts as to how they would sell; I had no fears lest there should be so many offerings that they would fall far below the price the public paid for them, and, on the other hand, I argued that if they were „ft free, without artificial support from the Minister of Finance, and held up from their own value, that this would be the strongest kind of a demonstration of confidence on the part of every class in the country, that things were well, I was overruled, as some feared the risk. The experience we have had with the 1917 issues since they were listed, however, shows that there would have been no I danger one year ago, and the test of the j Victory bonds in the open mark«, now provided should provide one of t** sest I stimulants to confidence, not only .tei war issue of bonds, but in the \wiole I fabric of business throughout the country.” With this few will disagree. It is one more proof that the disintegrating forces of wartime are being dislodged in this country. Just as this article is being closed the special committee in control of the 1918 Victory bonds, not yet listed on the Exchange, j raised the price of the 15-year issue, j maturing in 1933, from $101 to $102. a I straight advance of two dollars for ¡ every $100 bond since the campaign j closed. On the Exchange the 20-year issue, bought originally for $98.66. is selling readily at $102.50, while the tenyear issue goes at $100 to $100.50, and i the five-year at $98.50 to $98.75, all of I them above the original price, but I illustrating the soundness of the advice I to invest in a long-term issue rathei than in a short-term one. 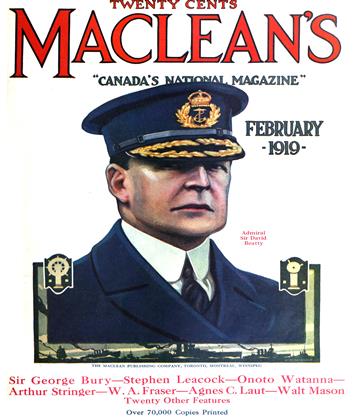