Are the Movies a Menace? GILBERT K. CHESTERTON October 15 1920

WRITING in the Illustrated London News on the subject of the influence of movie pictures on the present generation Mr. Chesterton would by no means give the motion picture a clean bill of health, but he hands down a much broader indictment against “the whole of our modern mechanical and urban civilization composed of people who cannot enjoy themselves.” That is, he goes on to say, they cannot amuse themselves, just as they do not govern themselves, because they are not free men and do not own themselves. They have to enjoy something that does not come from themselves but from a class of men richer or more cunning or more scientific than themselves. So in the decline of Rome the semiservile rabble cried to the Emperor for circuses as well as for bread. Men will not be truly free, argues Chesterton, so long as they depend even on the most magic machine for the emotion of seeing other people falling off precipices or rescuing brides from burning houses.

This English critic is of the paradoxical opinion that only inferior romances should be filmed, as a matter of moral benefit, because “certain stories of a rowdy or romantic sort will be well exhibited, and will do good; while others, of a subtle and intellectual sort, will be badly exhibited and will do harm.” A healthy murder story, a

fine'farcical burglary, a chase full of antics and surprises, even a drama of detection, if it depend on dramatic exits and entrances are, in his opinion, the things that this form of art can really do artistically.

“As for the people who say that murder stories incite to murder, one is tempted merely to the reckless reply that their criticisms of murder stories really might. But it will be enough for most of us to know that the temptations to crime are in life and not in literature or any other art; and, if a man does not steal because he is too poor to afford food, he will hardly do it merely because he is sufficiently rich to afford cinemas. We also know that any attempt to exclude murder stories would not be an attack on the lowest literature but on the highest literature. ‘Hamlet’ is a murder story; ‘Macbeth’ and ‘Othello’ are murder stories. Dante deals with murderers, as well as with all the other crimes that are and are not printed in the police news. In the Bible the story of mankind begins with a murder, and ends with the most awful of all possible murders. . . Lord knows from what lunatic asylums our laws may come nowadays; but this would appear to be sufficiently absurd even for its own absurd object of preventing a child from becoming an assassin.” 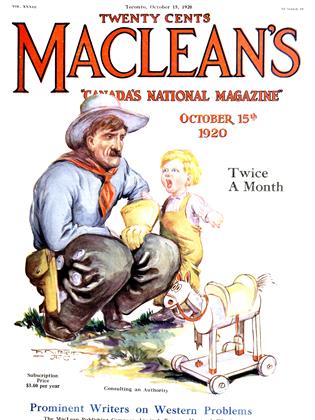