THE mystery that has long surrounded the fate of the Czar of Russia and his family has at last been solved. The Czar was killed on the order of a Bolsheviki Commission and the circumstances surrounding his execution are told in some detail in the Pictorial Review by Princess Olga Paley. Her narrative has all the earmarks of authenticity and can be accepted as a reasonably accurate account of the end of the one time absolute lord of all the Russias.

The writer was the wife of the youngest brother of the Czar, Grand Duke Paul, who was himself shot in the red terror. The Princess escaped with her daughters to Italy, but her only son shared the fate of • his father.

Her story runs, in part, as follows:

In a roundabout way, through letters written by relatives of Dr. Botkin to friends in Petrograd, we kept in close touch with what was happening to the Imperial family in that distant Siberian town. This Dr. Botkin accompanied the exiles from the very beginning, stayed with them, and perished with them. _ In this way we heard of the indignities that were showered upon the Czar and how they constantly terrified him by threatening to marry his four daughters off to healthy peasants, who would teach them to live according to Bolshevik principles and conceptions. Almost every day these miserable parents were told that the next one would see these republican marriages. It was at this time that Olga, the eldest of the _ four Grand Duchesses, begged permission from the Government to enter a nunnery, but her request was refused on the grounds that the Republic required strong, healthy girls like her to beget children after the terrific loss of life during the war.

“It is your father who is guilty of the death of all these young men, and it is your duty to try to atone for his crime,” she was told with a sneer.

The idea of marrying the Grand Duchesses to soldiers or peasants became quite a popular one with the members of the Soviet. Zinovieff, alias Apfelbaum, especially seemed to find particular pleasure in it, and once when he visited me, he spoke about it with evident intention of terrifying me. He tried to explain to me that if one of the daughters of Nicholas II would marry a Bolshevik leader it would save the lives of the whole family and ensure for them what he termed, “an exceedingly good time in the future.” There was a report going around at that time that Trotsky was seriously thinking of divorcing his wife in order to marry one of the Grand Duchesses. Personally I never believed this report, because I knew Madame Trotsky was enjoying her position as consort to the Dictator of the Russian Empire far too much to relinquish it without a bitter fight.

On July 19th, the Soviet published an announcement that the execution of the Czar had taken place. About a week previous to that we had been informed that a special commission of three men, Lipkowsky, Weinstein, and Akamoloff— all of whom were in the confidence of Lenine and Trotsky, had been sent to Ekaterinburg with about one hundred red guards and some Chinese coolies. The ostensible object of this commission was to take the testimony of the Czar and his wife previous to bringing them back to Moscow, where the trial was to take place. But we were also told that this commission had special orders allowing them to have the entire family put to death if they found any evidence that they were plotting to overthrow the Soviet Government. Under the circumstances it was easy enough to invent a false story.

Three days after this horrible news reached us, my husband, the Grand Duke Paul, was removed to a fortress from Which he was eventually taken five months later and shot. But I was still at liberty and when the three executioners of Nicholas II returned to Moscow I

learned the details of the wholesale murder through some friends of ours.

These three men reached Ekaterinburg on July 17th. The first day was spent in consultations with the local Soviets and Bolshevik authorities. The town at this particular time was threatened by the Czecho-Slovaks who did actually enter it a few days later, but it would have been an easy matter to remove the Imperial family had these three men wished to do so. Yet it was decreed by these blood-thirsty Revolutionists that “for the safety of the Soviet Republic” these seven people were to be put to death without even a trial, that last sporting chance given even to dangerous criminals.

On July 18th, at about nine o’clock in the evening, the three Commissaries entered the sordid rooms in which the former sovereign was confined. Lipkowsky was the spokesman, and he informed Nicholas II that they had discovered evidence of his conspiring against the Soviet—a crime punishable by death, and according to the law, he and his entire family were to be executed immediately.

The Czar did not say a word, but the Czarina uttered a smothered cry of agony,

“My children! My children!” then kept still. Dr. Botkin, the physician who had accompanied them from the day they left Tzarsko Selo for their Siberian exile, protested against such a decision. He declared that no law, even in Soviet Russia, allowed the slaughter of innocent people without a trial for the offense of which they were accused. Then Akmoloff went up to the physician and, holding his revolver to his face, exclaimed, “Keep still, or I will kill you immediately.”

The Grand Duchess Anastasia, the youngest of the family, and a girl barely sixteen, did not seem to understand what was happening. She went up to the Commissaries and asked them in a plaintive sort of way, “Are you going to kill me also and to hurt me? What have I done to you that you should wish to do so?” The man pushed her aside and she fell back in her father’s arms.

The condemned people were told that they had a few hours to prepare for death. At daybreak they must be ready. It was then that Olga asked the Commissaries in what way they would be killed, and when told that it would be by shooting she merely bowed her head and did not speak again. The Czarina asked for a priest, but this was denied her. The only reply she got was a foul insult in which the name Of the infamous Rasputin was mentioned.

You may imagine the feelings of those ten people (seven of the Imperial family and their three faithful attendants) confined in one barren room during this fateful night, looking forward to a death which might be preceded by indescribable torture. How long, and yet how short this ■ last night must have seemed to them—to the father and mother about to see their children murdered before their very eyes; to the children who hardly knew what death meant in general; to the small sickly boy who had been born and bred in such splendor and pomp and to the unfortunate attendants who were about to be rewarded for their fidelity in such a terrible manner. In an adjoining room, the door of which was open, was a detachment of Red Guards, watching with drunken eyes this death agony of a doomed Royalty. At six o’clock the next morning, just as dawn was breaking, the sound of automobiles was heard; and the three Commissaries again entered the apartment.

The prisoners were told to put on their overcoats, and to follow their jailers. Before leaving the room, Olga and Tatiana Nicolaievna knelt down before a sacred image which was hanging in the room and said a short prayer. The little Grand Duke was carried by Dr. Botkin, who, until the very last minute, did not relinquish his precious charge. The ten condemned people were then quickly driven to a forest about twelve miles from Ekaterinburg and there dragged helpless out of the autmobiles. They were then each bound to some tree on a chosen spot. The Czar remained as impassive as possible while the Czarina and her daughters frequently made the sign of the cross as they were being fastened to the stakes. Dr. Botkin continued his useless protestations.

A few shots quickly brought the tragedy to an end.

What became of the bodies is still a mystery. The Bolsheviki gave out that they had been cremated. Later, however, I was told that they were thrown into some impassable swamps, which seems more 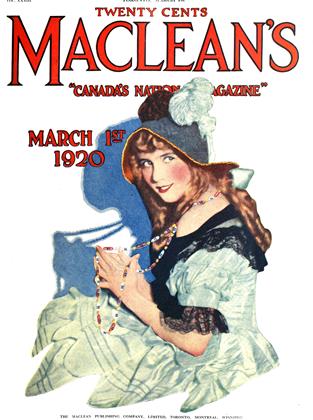