Who Shall Control the Dardanelles? April 15 1920

THE attitude of President Wilson and the United States Senate, who demand the expulsion of the Turk from Europe, gives a new interest to the discussion of the vital problem. Gabriel Hanotoux, a noted French publicist and historian, writing in Le Figaro of Paris, speaks of some of the difficulties of such a course.

We are not yet informed of the outcome of the negotiations initiated in London by Clemenceau, and continued by Berthelot, upon the ultimate fate of Turkey; but of course we are well aware that the question of the Dardanelles is of first importance. Mr. Lloyd George has given the view of the British Government to Parliament: the Sultan proved an untrustworthy porter, so we deprived him of the office which he had proved incom-

etent to fill, or, better said, which he

This settles the purely negative aspect of the question. But how are we to deal with the positive aspect? In other words, if the Sultan is to lose his territorial sovereignty and cease to be the guardian of the Straits, who is to take his place?

This question has remained unsolved ever since the Turks established themselves in Europe, and Russia extended its borders to the Black Sea. Its general importance to all nations makes this question the axis upon which the whole problem of the Far East revolves. Considered solely as a question of territory, it runs tangent to the entire Balkan problem. In its relation to the continent of Asia, it is a vital factor in the foreign policy of the whole civilized world. Considered as a purely maritime problem, it determines control of ocean traffic throughout the Black Sea and the eastern Mediterranean. The Straits are an indispensable link in the great water route which has its beginning at the sources of the Danube, Dnieper, and the Don, and extends to the point where the Red Sea joins the Indian Ocean.

Any decision affecting this great international highway is a matter of vital interest to Russia, Austria-Hungary, Czechoslovakia, Bulgaria, European Turkey (if it survives), Asiatic Turkey, and all the nations of the Levant and Northern Africa. We may even say that our present decisions will affect profoundly the future of every country bordering on the Mediterranean.

England and France are called upon to take the initiative in a problem of such importance. In the first place, ever since the Crimean War, France and England have assumed Tieavy responsibilities and incurred great risks in order to protect the freedom of the Straits. In the second place, France and England after their recent victories in Europe and Asia represent a union of authority and responsibility which makes it their duty to the whole civilized world to settle once for all this problem.

Allowing for all this, however, it would violate other principles, for which we fought during the war and which we have defended during the peace negotiations, were we to disregard the other Powers, large and small, who are interested, like ourselves, in the commerce controlled by the Straits.

This is a point upon which Mr. Venizelos has made the facts plain, with a frankness and definiteness that are characteristic of his direct and forceful temper. He says in an interview which has all the weight of a diplomatic communication:

“Mr. Lloyd George has already said that the Turks have been unfaithful porters. The Greeks are more interested than any others in having a competent and faithful guardian at Constantinople. You are well aware that Greece wants an international commission. The control of the portal to the countries of the Near East should be shared by all the parties interested.”

It is hardly likely that Mr. Venizelos would have been so explicit, had he not taken the usual precaution of consulting beforehand with the other Governments interested. In demanding an international commission, he is doubtless voicing the wishes of other powers. A matter of such importance for the Mediterranean countries surely could not be disposed of

without consulting Italy. The Giornale d’Italia says, not without humor:

“France will come back to us sometime, smiling as graciously as she did in 1914-16, and again intoning a chant to a Latin alliance. In the interval, however, the fate of Constantinople, of Asia Minor, and of Syria is being settled without consulting Italy, and we are called upon to sacrifice all our aspirations in that region.”

Let us not attach too much seriousness to this hint, nor shape our Government policies in accordance with a political whim. However, we are placing our finger right here upon one of those imponderable influences in international affairs that ought never to be neglected, It is hardly necessary to say that we are encroaching upon a field that is not exclusively our own.

France is deeply interested in defending the rights of the smaller Powers without losing sight of its good relations with those more powerful allies to whom it is bound by considerations affecting it own existence.

Here is the difficulty. As the whole world knows, the fnendship between France and Britain must be our first consideration: that determines every-

thing. But this friendship is not necessarily incompatible with our good relations to other Powers. In a word, we ought to consider the situation from all its aspects.

Without making any assumptions as to what the negotiations of our statesmen may ultimately reveal, I am moved to ask if an equitable and practicable solution of the problem of the Dardanelles cannot be found in a proposal which I made a long time ago, concerning which memoranda ought to exist in the archives of the Russian and Roumanian Governments. Appreciating that the question was insoluble so long as the Sultan possessed exclusive suzerainty over the Straits, I attempted to discuss this as a separate question from the general problem of the Near East. What I proposed was an arrangement similar to that adopted to regulate the navigation of the mouth of the Danube. In other words, I proposed an international agreement enforced by an international commission, following closely the precedents that had proved successful in the instance just cited.

I suggested that the powers entrusted to the Danube Commission should be amplified and extended to the Bosphorus and Dardanelles. I urged that history, like nature, should do nothing by leaps. I proposed a simple adaptation and development of a method that had already stood the test.

I hardly need add that, in making such an arrangement, we should take into account the relative importance of various national interests. England, occupying a unique position as a maritime power, and charged with the government of vast territories interested in this commerce, and vitally dependent as she is upon her naval predominance, should have a correspondingly influential place on the commission. In any question of this sort England must take precedence. We must allot authority throughout in accordance with the obligations and power of the different parties to the agreement.

But the other Governments should also have their places in the sun. It is prudent, just, and proper that we should not permit resentment, bitterness, discontent, and disappointment in regard to ambitions directed toward perfectly legitimate objects, to impair the future good feeling of nations. If we do, there will unavoidably come a day when these repressed forces will produce a disastrous explosion. I have no doubt but that our diplomats have pondered all these things. Their portfolios are stuffed with solutions of the Near East problem—they are as numerous as the good intentions that pave the path to the nether regions.

It is now time that we should address ourselves to a solution in which France shall assume its natural role of a sagacious and reasonable mediator. It has never had a more favorable opportunity. Furthermore, if we are to believe history, the peace of the Mediterranean, which is the same as saying the peace of the world, depends upon a just and final solution of the question of the Dardanelles. 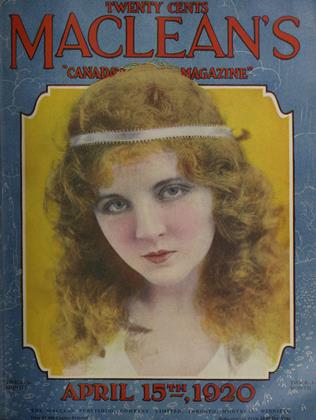