FULL of wild romance is the tale of “Devil Duval’s” hoard on the Rock of Percé; and full of wild daring are the tales told of those who attempted afterwards to climb up and recover his treasure. So many lives were lost that early in last century an Act was passed in the Quebec legislature forbidding any one to make the attempt without authorization from the governor of the province.

The Rock of Percé, named from the fishing hamlet at hand on the coast of the Gaspé Peninsula, is one of the natural wonders of the North American Continent. Some terrific convulsion tore this rock from the near-by mountain many thousands of years ago, and left it standing some five hundred feet high, with a fiattish top and beetling, unscalable sides. Once it was pierced by two caverns at its seafoot, through either of which a boat could sail, but one of them has collapsed, leaving only the greater, through which the sea thunders and boils in stormy weather.

Captain Duval was a French privateer, who after the Peace of Paris, February 1763, became a most daring pirate, on whose head the British authorities put a tall price. He, however, through his protection of and generosity to the French fishermen and settlers on the Atlantic

seaboard, was kept well aware of the movements of the British against him. At last he was hard pressed, and likely to be captured; and having in his service a Micmac Indian, who was devoted to him, and aware of a secret trail to the summit of the supposed inaccessible Rock of Percé, Duval collected all his caches of treasures and set sail for Percé. The Micmac is said to have wormed his way to the top of the rock by means of an opening from the greater of the caverns. On arriving on the summit, he threw down a thin line, and with it hauled up a block and fall. Two prisoners were pulled up by him, and then came the captain himself. Boats containing the treasure in chests stood by below.

Tradition runs on that they were a day and a moonlight night getting it all up. Then the Indian came down, and Duval himself was lowered away. His sword was all bloody. With muskets he himself and his few trusted seamen shot at the tackle till it was cut through, too high up the rock for any one to reach. Then Captain Duval pulled for the ship and sailed away. He never returned, nor did any of his trusted men. Either the hurricane that burst the same night sent his vessel to the bottom, or she was sunk by the British men-of-war looking for her. 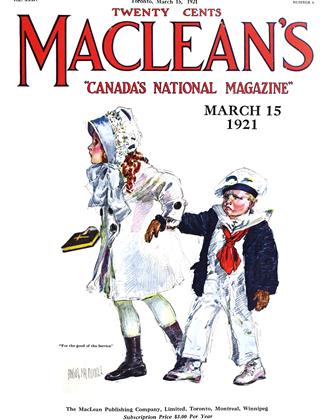