LABOR leaders in Italy have inaugurated a system by which labor itself undertakes contracts and shares the profits among its own members. The plan is described by Mr. SmithGordon in the Quarterly Review.

After speaking of the discontent caused among the workmen by the middlemen whose profit depended upon the extent to which they could victimize the gangs of laborers employed by them, he continues:—

“It is at this point that we have to admire the behavior of the Italian labor leaders. Instead of being content with merely destructive work and settling down to a series of strikes and lockouts varied by rioting, they turned their minds to definite constructive organization, based on the theory that the contracts in question could be just as well carried out by themselves without the aid of an extortionate middleman. From this theory was born in 1883 the first co-operative labor society at Ravenna. The object of this society was to contract direct with the local authorities and the central government for the carrying out of public works. In spite of many serious difficulties success was soon achieved, and the example was speedily followed by other unions. There are now some 300 of these societies in Italy—mainly in the northern provinces—and they carry out between them, with the aid of local federations, work running into millions of pounds in a year.

“The organization of these societies is simple. They are governed by three bodies: a general committee, elected from the body of the members and composed of workers only, which has charge of general matters of policy; a small supervisory committee responsible directly to the general meeting of the members, which audits the accounts and sees to the proper keeping of the books and observance of the rules and by-laws of the society; finally, a technical committee, which, generally speaking, consists only of an expert engineer and a secretary with legal training, to look after the taking of contracts, the distribution of work, and the fixing of wages and salaries.

“When a piece of work is definitely undertaken, employment is given to the various members of the society in rotation. A maximum working day is fixed in such a way as to spread the work as far as possible while allowing a living wage. If there is more than enough work for the members, outside labor may be taken on. All wages, whether to members or non-members, must be at the rate fixed by the local Trades Council, and are paid weekly. The advantage of members over nonmembers, besides the fact that they

have a prior claim to employment, lies in their right to share in the profits. These profits are put in the first place to the reserve fund for the purpose of building up capital for new enterprises; and any surplus remaining after this provision has been made is divided among the members in proportion both to the capilal supplied by them (which as a rule is very small) and to the number of days’ work done. The individual society as a rule is composed entirely of members of one particular trade or branch of trade—such as bricklayers, carpenters, brass-workers, etc.—and, for the purpose of carrying out a complete contract, a number of such societies representing allied trades are grouped together in a federation. The federation takes the contract itself and then turns over each separate part of it to the appropriate federated society. Thus in Genoa we find a federation oí Ligurian societies representing some sixteen or seventeen different trades. During the early years of the war this federation undertook the building of a very large hospital to the orders of the municipal authorities; and the total amount finally expended upon the contract was the equivalent of $2,500,000, at pre-war rates of exchange. The whole of this work was conducted by co-operative societies affiliated to the federation, from the excavation of the foundations to the erection of the electric light fittings, and the completed buildings are generally acknowledged to be thoroughly satisfactory and exceedingly cheap. “The two chief difficulties with which societies of this type were met at the outset were the maintenance of discipline and the provision of working cap ital sufficient to finance undertakings which would keep all the members em-

ployed. The way in which discipline has been enforced throughout the movement is a source of amazement to those who hold the traditional idea of the Italian laborer as a volatile and explosive individualist. It is provided that immediate expulsion, with total loss of share capital, shall be the fate of any members ‘che con parole sediziose insisteranno a voler mettere il disaccordo neila Societa, che daranno causa ad alterchi o disordini sul lavoro.’ And again we find in the provisions with regard to liquidation that, if at any time the number of members falls below twenty, the Society automatically ceases and the survivors divide the funds, whereas, if it dissolves ‘in causa di divergenze irreconciliabili,’ the whole of the money goes to the Commune— a rule which must have a strong deterrent effect on the schismatic. “With regard to working capital, a feeling soon sprang up that the societies which had obtained a certain degree of favor and legal concessions from the government in return for the official contracts they undertook were

entitled also to state support in regard to credit, pending the payment of their bills. “The capital is provided mainly by the large public savings banks (which are themselves non-profit-making bodies with state charter), together with a few7 of the biggest people’s banks and the two central workers’ insurance societies. Advances are made to labor societies against the certificates issued to them by the public authorities whose contracts they take; and credit is also granted to consumers’ stores, farming and building societies. Special grants in aid of these loans are made by government departments; and the rising power of the Socialist party, which is closely identified with the co-operative movement, has brought about an increase in the amounts so allocated. In this w7ay the problem of the provision of working capital has been largely solved, while the exemption from certain taxes and a greater degree of freedom in tendering than is allowed to private companies has put these societies in a specially favored position.” 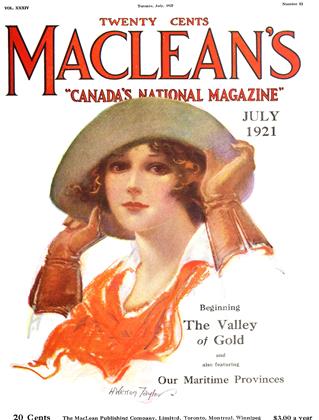