PROFESSOR WEGENER is Director of the German Oceanographical Survey. In 1915 he put forward a theory of striking simplicity with regard to the origin of the continents of the world. Owing to the war this has hitherto attracted little attention in other countries, but in the British scientific monthly, Discovery, the professor gives a short account of his theory which is that originally North and South America were continuous with Europe and Africa. But they broke away and gradually moved westward. Again Antarctica, Australia and India were formerly in immediate contact with South Africa, India then being the southern end of a long projection from the Asiatic Continent, now crumpled up and forming the Himalayas.

It would thus follow that the bed of the deep seas is regarded as composed of the underlying deep layers of Earth upon which the continental masses float as they drift horizontally over the surface of the earth.

Professor Wegener gives a few main lines of the proof of his theory as follows:“In drawing up statistics of the dis■ tribution of levels over the land surface and sea bottom,geo-physicists have found that these heights are grouped about two well-defined values, a land height of about 100 metres and a sea depth of about 4700 metres.

“The continental masses consist of comparatively light material,—such as granite and eneiss,—extending downward, according to Hayford and Helmert, to a depth of 100 metres. But the deep sea bottom is apparently composed of heavier material,—such as basalt,—in which the continents float like great icefloes in water. The results of measurements of gravity, and of magnetic and seismic investigations, are in agreement with this conception, and the results of dredging do not contradict it.

“Geology provides a very searching test of our supposition that the Atlantic is really an enormously widened rift. If this is the case, the mountain folds and other geological structures which existed before

the separation must correspond when we bring the continents together again and reconstruct their original relative position, just as the lines of a torn drawing would correspond if the pieces were placed in juxtaposition. This is actually the case: the Permian folds of the Cape mountains fit exactly to the Sierras of Buenos Aires.

“In Europe there are three ancient mountain-chains, and these mountain chains are so placed in North America that they appear in the reconstruction as undoubted continuations of the European system.

“The most striking fact is not the existence of the same features across the Atlantic, but their situation at places which correspond exactly. For example, if the Sierras of Buenos Aires, which are now more than 6000 kilometres distant from the Cape mountains, lay only a few hundred kilometres farther to the north or south, the features would not fit, on bringing the continents together. Actually, they do fit, and the correctness of our theory becomes the more probable as such coincidences multiply themselves.

“The results of palaeontology have led to the assumption of the existence of former land-bridges, between continents now separated by deep sea, over which an unrestricted interchange of fauna and flora took place. That such an interchange has at one time taken place is shown by the identity of fossil forms and the relationship of living forms. Now these land-bridges have been assumed exactly in those places where the theory put forward here indicates a former direct

connection, as, for instance, between Brazil and Africa, between North America and Europe, between Madagascar and India, and in general between all the southern continents, such as South America, South Africa, Madagascar, India, Australia, and Antarctica. It has hitherto been assumed that these land-bridges were afterwards submerged, and now constitute the bottom of the deep sea. This conception is physically untenable for the continents are floating in equilibrium on a heavier underlying layer, and, could not sink by so great an amount as five kilometres unless they were loaded down by superincumbent layers to at least an equal height. In addition, when all the necessary connecting land-masses are reconstructed, it is impossible to find room for the displaced masses of water. Further, the continents now lie so far away from each other that, even if a former land-connection existed, it would not account for the identity of their former fauna and flora. These difficulties disappear naturally when the displacement theory is assumed.

“It is impossible to overlook the fact that all former attempts to map out the position of the poles throughout the earth’s history come to grief on one obstacle, namely the Permo-Carboniferous ice-age inthesouthernhemisphere. Traces of inland ice at this period are found in Brazil, the Argentine, the Falkland Islands, Togo Island, the Congo, South

Africa, India, Western, Central and Eastern Australia. These traces are today so widely separated from each other that they cover nearly a complete hemisphere; and even if the pole be placed in the most favorable position, the traces of ice most distant from it would be in a geographical latitude of only 15 and so be in the tropics.

“On the other hand, we do not know of any certain traces of ice in this epoch in the other hemisphere. This fact has so far constituted a hopeless riddle, and it is no exaggeration to say that it has completely crippled the development of palaeoclimatology. The displacement theory affords a striking solution of the riddle; at that period all these continents were grouped concentrically around South Africa, and we thus obtain a connected ice-cap of no greater area than that of the quaternary ice-age of America and Europe.

“Finally, the displacement theory may be tested by astronomical determinations of latitude and longitude. It is natural to suppose that the movements are still taking place; and in three or four places it should be possible to establish the movement by measurements repeated after a ten years interval.

“In the case of the movement of Greenland relatively to Europe, there is eviddence of a movement of about 15 metres a year, which is in complete agreement with that to be expected from the displacement theory.” 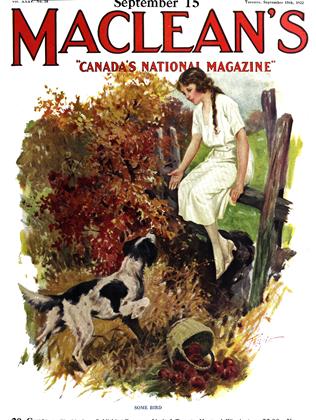