RUSSIA’S reign of terror under Soviet administration is no less dreadful to-day than heretofore, according to a special correspondent of the Times, who, however, predicts that Bolshevist rule is sooner or later to disintegrate through its own viciousness, when it will be swept aside as an abominable thing by a long-suffering people. At the present time, this correspondent says, five men rule Russia with an iron hand. This body consists of Lenin, Trotsky, Zinoviev and two others. If these men decide on a certain policy, they place it before the central committee of the Communist party, which passes it as a matter of course, and then dictates it to the “Tzik,” which controls it absolutely. The “Tzik” has it approved by the AllRussian congress of Soviets, and the law is therefore passed. The Times correspondent comments as follows:

This system of government would only be possible among a people accustomed to tyranny and unaccustomed to free political life. Its defects are many and obvious. It is not the representatives of the people who rule the country, but the leaders of a close Communist caste, kept under iron discipline, and more concerned about the realization *of their universal Communist ideals than about the good government of Russia. Lenin has been forced, however, to think of Russia also, because the overthrow of his government in Russia would deprive him of a great platform for the preaching of Communism; hence the temporary concessions which he made in 1921, and which, as he confessed at the Comitern Congress in December last, saved the Soviet government from collapse.

Dr. Fo erster, who is now attending Lenin, is of opinion that the drying-up of the brain from which the Dictator is suffering is due to an insufficient supply of blood owing to the bullet which wounded him in the neck five years ago having severed a small artery. The Soviet oligarchy is suffering from the same disease; it is not getting enough fresh blood, and is consequently drying up. When a ruling class is severed in this way from the people ruled, the same phenomenon always occurs. There is a stoppage, a block, a drying-up at the top, finally a revolution. Peter the Great, who had the real Bolshevist mentality, separated the aristocracy from the people, because the aristocracy, being small in number, could be more easily pushed forward at the pace Peter desired, while the people, on account of their great numbers and of their great ignorance, could not be pushed forward at the same rate. Hence a separation between the classes and the masses which kept Russia in a sick and abnormal condition for centuries, and produced a state of things in which, under the special circumstances produced by the war, Bolshevism became possible. But the division which Lenin has created between the ruling caste and the people is very much greater than that which Peter created, consequently this unnatural state of things cannot last long. Apart from that, the physical strain which this impossible system of government has thrown on the halfdozen men at the head of it is more than human beings can bear; and if Lenin alone has broken down completely most of the other five are in anything but . good health, and none of their possible heirs is likely to be a success. The strain of the modern cabinet system is bad enough: the strain of the Soviet system is unbearable.

The Soviet’s mainstay in keeping the people cowed is the Gosudarstvennoe Politicheskoe Upravlenie, or, in English, State Political Department. It is under this department that the immense system of espionage is kept up and by its officials that horrible butcheries are perpetrated. The writer gives a number of incidents to illustrate the system on which the G.P.U. works:

Of all the institutions in Bolshevy, the G.P.U. inspires most hatred, horror, and repugnance amongst those who know it, not only those Russians and foreigners who have actually been in its clutches, but even more, perhaps, the foreign

statesmen and journalists who possess indisputable testimony on the subject of one particular branch of the G.P.U.’s activities. That is, its habit of arresting girls and youths and delicate women and servants of foreigners in order to force them, by the threat of death, to act as spies. No adjectives are strong enough to apply to this practice, but is is difficult to give full authenticated particulars, for reasons which I shall give presently. I will give a typical case, using fictitious names for obvious reasons.

Maria Ivanovna, twenty-two years of age, was the daughter of a wealthy merchant in Moscow, and had been carefully educated. She spoke French and German perfectly, and had become such a good musician that her playing was of a very high order. The Bolshevist revolution had deprived her of her father and of all the wealth which was to have come to her; and i,n order to support her aged mother, she had to accept a small clerkship in the commissariat of agriculture. As the salary she received here was insufficient to support her, she gave lessons in three different night-schools; thus her work kept her away from home ten hours a day.

One day Natasha, a lady friend, formerly of high social standing, brought her to one of the foreign missions in which Natasha had met a foreign diplomat whom she had known before the war. In this mission Maria Ivanovna I was delighted to see again those evidences of. culture and refinement to which she had once been accustomed. The cleanliness and order that prevailed, the cheerful and obedient industry of the servants, •the foreign periodicals, the portrait of a foreign monarch fearlessly displayed; all I these things enchanted her after the turmoil and disorder amid which she had lived outside. To sit still, and look, and listen was enough for her. She came again. She came to dances in the mission. She enjoyed the exquisite pleasure of playing some of her favorite pieces on a good piano, after having been unable to touch a piano for five years. But then the inevitable blow came. She was arrested one night in the humble little room which she occupied with her mother, and was brought, in a state of utter collapse through panic, to the dread Lubyanka. Here, after three days’ solitary confinement, she was roused from sleep about two o’clock in the morning and brought before a tribunal of three men, who first frightened her almost into hysterics by accusations of | being privy to a plot, and then proposed to her that she should act as a spy of the G.P.U. in the mission which she had been in the habit of frequenting. She was to worm secrets out of the foreign diplomatists, to steal documents from their desks, to report every week what they said.

If Maria Ivanovna refused, various means of pressure were brought to bear on her. Her aged mother was arrested. The young Russian to whom she was bethrothed was arrested, and sometimes, to save the lives of people dearer to her than her own life, the unfortunate, halfdemented girl gave way. Before she was allowed to leave the G.P.U., however, she was made to sign a document testifying that she was a spy of the G.P.U., and she was solemnly warned that in case she disclosed to anyone what had passed, her death would certainly follow.

Nothing can exceed the horrors which this diabolical system brings in its train. | One woman who was treated in the way I have described, and who failed for a time to bring in her weekly report, was [ re-arrested and, after her release, she went to the other extreme and wildly accused all sorts of obviously innocent people, some of whom were put to death. Finally she made a serious accusation against a foreign representative, and the G.P.U. found that these accusations were false. Next day the unfortunate woman was found dead, hanging by the neck in her own house. No inquest of any kind was held, and it may never be known whether she committed suicide or was put to death by the G.P.U.

The full horror of Bolshevism will .never be known till the G.P.U. disappears

and the Soviet government, as now constituted, has ceased to exist. Then, and not till then, can one give the full story of the G.P.U., with names and dates and affidavits, and all the evidence. In the present article I have been compelled, for reasons of space, to confine myself to only one aspect of that unspeakably foul and abominable institution.

Living conditions in Russia under Soviet administration, he describes as about as had as one could imagine. It seems that the filthiest, coarsest loafers off the streets are placed by order of the authorities in the houses of cultured people with no other end in view but that of degrading the better class:

It is most difficult to prevent strangers being quartered on one, and these strangers are generally the worst specimens of Red workmen, permanently workless, and, in addition, dirty and quarrelsome, or the worst type of Jewish student. Cultured people of good family and former wealth are especially liable to be thus persecuted by Bolshevist officials, who seem intent on destroying every vestige of decency and civilization. I know dozens of respectable people who have had persons eminently undesirable forced upon them, with the result that their home privacy has been utterly ruined. In one flat, occupied by a professor, the inmates are now so numerous that to get a wash at the water-tap in the morning it is necessary to take one’s place in a long queue; and the queue system also prevails in other parts of the flat. Firewood, cutlery, and cooking utensils are constantly being stolen, with the result that, instead of storing all the firewood in the basement, as was done in pre-revolutionary times, each of the occupants of a house stores it in his own room, making that room smaller and scarcely habitable.

I cannot describe in detail how unspeakably soiled are the bath-rooms. I must leave that to the reader’s imagination. Some of the unsuitable inmates introduce men and women even more unsuitable than themselves, with the result that there is sometimes noise all night long, and occasionally loathsome diseases are contracted by innocent children. 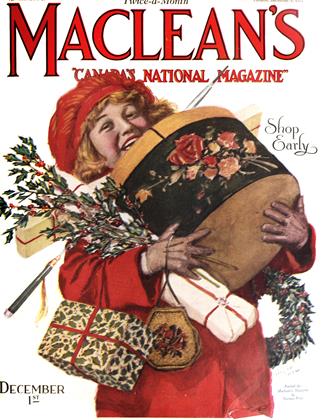