"WOMEN who thronged the Coliseum to witness the sufferings of tortured Christians, Venetian ladies who cajoled the Doges to allow them to peep into the inquisition chamber whilst some unfortunate human being was being tortured to death had no more natural cruelty in their systems than the well-dressed women of to-day who clamor for admission into our modern courts of justice to see a tortured man hear his doom pronounced.”

Such is the scathing opinion E. Phillips Oppenheim professes to hold of women and girls who crowd in to murder trials. Writing for theChronicle (London), he declares that the “psychological interest” which such people take in the proceedings “is all bosh.” With the committal of the deed psychological interest, he holds, ceases to exist. The novelist’s interest in murders and murderers, to his way of thinking, is a different thing. He goes on to explain this:

I was offered, a few months ago, by a legal friend, a seat in his court to hear the last stages of a famous murder trial. My refusal surprised him.

“I should have thought this sort of thing was interesting to you novelists,” he remarked.

“Crime is interesting,” I told him— “the crime of murder more than any other—but, when the deed is done, the legitimate psychological interest in its perpetrator ceases. What follows is, for the most part, a morbid and vicious curiosity.”

My friend seemed unimpressed, but the fact remains that there is no more degrading sight than the presence of a crowd of people unconnected with the case in the court room where a man is being tried for his life.

But, nevertheless, the criminal in the making and development is one of the most fascinating studies in life. Broadly speaking, they can be divided into two classes: the man habitually committing crime for a livelihood, and the man who commits an offence against the law through one of the great passions.

The former vary in type according to their nationality. Probably the most desperate in their methods and daring in their plots are the Americans; the most subtle, the Italians; the cruellest, the French; and the most clumsy and halfhearted, the British.

I have only once talked to a murderer. His crime was perfectly well known to the police, but incapable of proof. He had shot the man he had robbecT, evidently, from attendant circumstances, as a last resource.

He was a mild-mannered and indifferent person who talked about bulbs and the new roses, was devotedly attached to his garden, and an affectionate father. He was obviously one of those who had taken up the profession of crime as an easy and acceptable form of livelihood, and who simply pursued it as another man might any other business.

On leaving him I realized, I think for the first time, that crime ceases to be an interesting study when it is associated with the habitual criminal.

The criminal whose psychology really repays study is the ordinary human being, not very different from the rest of us, swayed by a great passion, born perhaps of circumstance, temporarily carried away by its overwhelming force, passing through phase after phase of indecision and resolve, his mind the battlefield of varying emotions from which emerges at last a purpose—the purpose to kill. Sometimes such a one, by a letter or chance words, may give the clue to what is seething beneath.

That is the type of criminal in the making who can provide the supreme thrill for the novelist in search of copy. 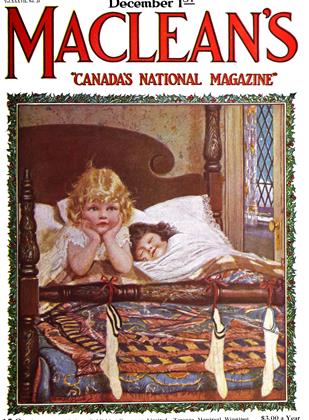