WITHIN recent years two new clauses have appeared in life insurance contracts; one, known as disability benefit, which grants protection against total and permanent disability; and the other, known as double indemnity benefit, which provides—that if the insured dies as the direct result of an accident, the insurance company will pay double the amount of the face value of the policy. In each case a small extra premium is charged.

The disability clause first appeared in the contracts of Canadian companies about 1911. Since that time it has steadily been increasing in popularity, until to-day a large percentage of the insurance contracts written contain this clause.

Married women are almost entirely exluded from the benefits of the disability clause, although widows who have to earn their own living, and unmarried women, are accepted by a number of companies. As disability is usually so defined as to mean inability to carry on any occupation for gain or profit, and since married women have no such occupation, they are not considered as acceptable risks. Of the life insurance companies operating in Canada, outside of the fraternal societies, twentysix grant disability benefits to selfsupporting women, while nineteen companies exclude them entirely.

There are two forms of disability insurance in general use by the Canadian life companies.

The first, for an extra premium, on the insured providing the company with proof of his becoming wholly disabled through accident or disease, and that such disability has existed continuously for sixty days prior to the furnishing of such proof, the company will, either maintain the policy and all its guaranteed values in full force without the payment of further premiums, or will pay the full amount of the insurance in ten equal annual instalments without further payment of premiums. Disability benefits only apply after the first premium has been paid, and, as à rule, before the insured reaches the age of sixty.

The second form, after all proofs have been given as in the first plan, provides for the maintenance of the policy and all the guaranteed values in full force without further payment of premiums, and, in addition, a monthly income until maturity of the policy at the rate of $10 per $1,000 insurance, commencing six months after proof of disability has been furnished. At maturity the full value of the amount of the insurance will be payable.

THESE two forms, together with the scale of extra premiums, have now

become practically standard among Canadian life companies. The extra annual premiums charged on the basis of $1,000 insurance for the first form of disability provision idescribed, are as follows:

The extra premiums for the second form range from $1,10 for Ordinary Life,

It will be noted that the extra premiums on endowment policies are considerably lower than for the other forms; this is because, at the end of the endowment period, the policy is payable in cash and the disability benefits cease; whereas, in the case of the other life policies, the company remains on the risk, providing all premiums are paid, until the insured reaches the age of sixty.

DISABILITY is deemed to be total by all companies whenever the insured becomes wholly disabled by injury or disease, bodily or mentally, so that he is prevented thereby from engaging in any occupation whatever for remuneration or profit. Companies also accept as total and permanent disability —without prejudice to any other cause —loss of sight of both eyes, or the severance of both hands at or above the wrists, or of both feet at or above the ankles, or of one entire foot and one entire hand.

Even though the company accept proof of total and permanent disability it may at any time demand satisfactory proof of the continuance of such disability, but not oftener than once a year after the disability has continued for two full years. Upon failure to furnish such proof, or if the insured should recover sufficiently to engage in any work or occupation for remuneration or profit, all disability benefits cease, other than for the loss of sight and limb as already described, and all premiums thereafter falling due must be paid as originally provided in the policy.

The disability provision terminates if the policy should be surrendered for cash, paid-up insurance or extended term insurance, or when the insured reaches the age of sixty, or should be engaged in military or naval service in time of war, or aeronautics in any form. It may also terminate upon the written request of the insured.

The disability clause can be attached to any plan of Whole Life, Limited Payment Life, or Endowment.

SOME companies provide a clause in their policies, without any extra charge being made, giving benefits limited to waiver of premiums during the continuance of disability. This clause, however, is only granted by one or two companies.

A new disability clause has lately been adopted by life companies. It is known as the Three Months clause, and regards total disability, which has continued îor three consecutive months, as being permanent. The benefits are similar to those described in the second form in this article, namely: (1) discontinuance

of all premiums, (2) monthly income of $10 per $1,000, the first payment of which is made on the first day of the month following the three months required as proof of permanency. Similarly as in the case of the second form, the face amount of the policy is not decreased by the discontinuance of the premiums, or by reason of the income payments. The rates are higher than those of the other forms described, ranging from $1.40 per $1,000 insurance for ordinary life; for instance, at age sixteen, to $6 per $1,000 insurance, for ordinary life at age fiftyfive. The premiums vary both according to age and according to the plan of policy.

DOUBLE indemnity accident benefit is a new clause added to any regular life insurance policy by most Canadian companies for a small extra premium. Companies as a rule grant this clause only to first-class lives. It provides that if the insured dies as the direct result of an accident, the insurance company will pay double the amount of the face value of the insurance.

The benefit is not granted to those engaged in hazardous occupations or to minors under fifteen years of age. The premiums charged are the same for both participating and non-participating.

The clause usually reads as follows: If the company shall be furnished with due proof that the death of the insured occurred during the continuance of this policy, and before the anniversary nearest the age of sixty, directly and independently of all other causes from bodily injury effected solely through external, violent and accidental means, of which (except in case of drowning or of internal injury revealed by an autopsy) there is a visible contusion or wound on the exterior of the body, and that such death occurred within ninety days after sustaining such injury, the company will pay, except as hereinafter mentioned, in addition to the sum insured set out on the policy, an amount equal to, and payable at the same time, and in the same manner as such sum insured.

THE benefit does not apply if the death of the insured results either directly or indirectly from any of the following causes:

(1) Suicide or self-inflicted injuries while sane or insane.

(3) Police duty in any military, naval or police organization;

(4) Riot, insurrection or war, or any act incident thereto;

(5) Engaging as a passenger or otherwise in aeronautic or submarine operations;

(6) Bodily or mental infirmity or illness, or disease of any kind;

(7) Poisoning, ptomaine or bacterial infections, other than infection occurring simultaneously with and in consequence of an accidental cut or wound.

The double indemnity benefit autoj matically terminates, and the additional I premium ceases (1) when any payment is made, or premium waived under any ! total and permanent disability privilege in the policy, except where such disI ability was due to an accidental, violent i and external injury, which resulted in death within ninety days of the date of ! such injury; or (2) when the policy is j surrendered for cash, or paid-up insurance or extended term insurance or isconI tinued under automatic term insurance; or ! (3) if the insured engages in military, naval I or aeronautic service in time of war. 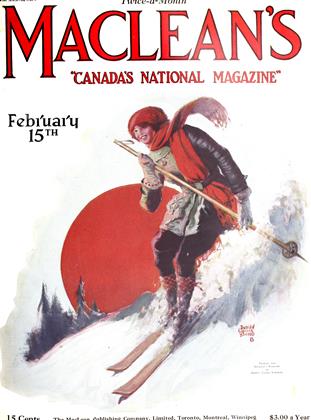