IN THE middle of the last century during the construction of a French railway both French and British laborers were employed. After a time it was noted that the British worked better and accomplished a great deal more than the French. For a long time the reason for this discrepancy could not be discovered. Then it was found that the diet of the English workmen contained roast beef. Beef was added to the Frenchmen’s menu and their production soon equalled that of the British.

Meat is one of the most important single items of food in the diet and of them all perhaps the Englishman’s roast beef is the most nourishing. It contains a high nutritive value; it holds a large amount of proteins, vitamines and fats, and possesses phosphorus and iron too.

There are many who have been led to believe that meat is chiefly for laborers and that it is not good for brain-workers and those who get little exercise. As a matter of fact, those who work with their brains need meat just as much as those who are engaged in doing physical labor, except that they do not need it in so large quantities.

Meat then has become the centre around which man’s daily menu is built. Yet there are many housewives who wish that they could eliminate it from the household budget because of its great expense.

Because a large number of meat buyers make their selection from habit or fancy that are perhaps expensive ones, a few well-known and popular cuts are in great demand at a high price. Consequently the cuts in demand must bear the burden of price for those cuts which the retailer is often unable to sell, or which he must sell at a loss. Many parts of the fore and hind-quarters of the animal are selling all the time at a comparatively low price and the housewife of wisdom will not neglect them. These cheap meats are naturally not as tender and juicy as the more expensive roasts and steaks, but if properly prepared they can be made almost as tasteful as the higher-priced parts.

According to government classification there are four standard grades of beef— choice, good, medium and common. Although it is possible to buy tasty, wholesome meat in each grade, there is much difference between a steak from a choice beef carcass and one from a common beef carcass.

It is easy_ to distinguish the different grades. Thickness of lean meat and a liberal _ depth of fat are the general indications of quality. Choice beef has a smooth, uniform outside covering of clear white fat and firm fine-textured flesh of light red color. It has a mixture of fat through the lean flesh.

Good grade beef has a lean meat of a firm-even texture but rather a more medium red colof. _ The fat is firm and usually creamy white and so distributed through the lean as to produce a mottled or “marbled” effect. The outer covering of fat is smooth, firm and evenly distributed. All the meat should be firm, elastic to the touch and should smell fresh.

Here are a few hints that may make it easier for the housewife to make the mam staple of her meal a little more tasty and intriguing.

Unwrap the meat as soon as it comes from

the butcher and put it on a plate in the ice box. The paper not only sticks to it but often absorbs the juices from it.

If too much salt has been added to the meat, as frequently happens, this may be corrected by a sprinkling of brown sugar over it.

Owing to changes in plans meat sometimes has to be held over and kept for a couple of days. If there is a good refrigerator this will probably do no harm, but the use of a marinade is a wise precaution just the same and beef is really improved by its use. The marinade may be prepared by mixing a tablespoon of vinegar or lemon juice with three tablespoons of olive, corn or peanut oil and adding a light seasoning of salt and pepper. A bit of bay leaf and a little onion may be added too. but if this is done the meat should be covered carefully afterwards if placed in a refrigerator. The meat to be treated should be placed in an earthen dish and coated with the marinade. It should be turned occasionally to distribute the coating evenly. The amount of dressing to be used depends on the quantity of the meat. The oil enriches the meat, the acid makes it tender and the combination protects the surface from the air and helps to preserve it.

Soften tough meats by chopping, grinding or pounding to tear apart the connective tissue or by the use of acids such as lemon and vinegar. Long hanging at low temperature develops acids within the meat that soften the tissue sometimes without injuring the quality of the meat.

By using the following recipes housewives can escape the monotony of chops, steaks and roasts and provide at a fairly low cost a variety of easy, nourishing meat dishes which will be enjoyed:

Brisket: Cook the solid part of the

meat until tender with a little celery salt and a bit of onion. Cook from four to six hours, according to the size of the piece of meat.

Remove the meat from the liquid and place in a shallow pan with the skin side up and score the top. Have boiled potatoes ready and drop them around the meat and brown both in a hot oven for about twenty minutes.

Cut up the scraps that were left from the trimming of the main portion of meat and cook well with a quart of water and various seasonings.

Pot Roast: Put the meat in an iron kettle with a cover or a heavy frying pan well heated. Keep the fat side down but when well crisped turn and brown the other side thoroughly. Season with a little salt, pepper and onion. An onion with two or three cloves stuck in it may be browned and served with the meat. Let the meat simmer until quite tender, turning once during the cooking. A little water may be used, though it is not necessary as the tight cover will keep in all the moisture. Allow about an hour a pound for the cooking. Make a gravy of the brown fat, an equal amount of flour and water. The gravy may be used with noodles, or macaroni as a separate dish.

Swiss Steak: The steak should be cut at least two inches thick. Use half a cup of flour for a slice of meat weighing two pounds and mix it well with salt and pepper. Pound the flour into the meat with a wooden potato masher. Heat onefourth of a cup of fat, strained from ham

or bacon and brown the meat on each side in this fat. Then add a few slices of onion and. one-half of a green pepper sliced fine and two cups of boiling water or part strained tomato. Cover and let simmer for two hours in a casserole in the oven. Swiss steak may be cooked without any liquid if desired, as its own moisture is sufficient. The onion may be omitted or other vegetables added.

frying pan. Do not add any fat. Cook quickly at first and turn as soon as browned, then reduce the heat and cook from five to ten minutes. Put the meat on a platter. Place two or three tablespoons of water and a little beef dripping into the pan ; bring to a boil and pour over the meat.

Mock Duck: Put two pounds of beef, from the lower part of the round, through the meat chopper and season with salt and pepper. Flatten it into an oblong shape and spread it with potato stuffing. Fold it together and turn it into a baking dish and place thin slices of pork over the top and bake for forty or fifty minutes.

Jellied Soup: Rich beef or other soup stock may be chilled and served cold for special occasion in summer. The stock is cleared with egg to make it attractive in appearance. Mix together a quart of stock and the shell and white of one egg. Apply gradual heat and stir constantly until a thick scum forms on the top. Let the dish stand for a few minutes, then strain the soup through a fine cloth. The soup must be made with considerable bone if it is to jelly. If not firm enough it can be made to stiffen with gelatine. The jellied soup should be rather highly seasoned. A small amount of caramel coloring will give the desired tint to a pale soup.

Mix corned beef and potatoes. Melt fat in frying pan and add onions. Add hash and mix thoroughly. Add water and cover closely and cook slowly for half an hour or until a brown crust is formed on the bottom. Loosen carefully from the pan and turn out like an omelet on a hot platter. ■ It may be baked in an oven if preferred. For variety a cup of white sauce may be mixed with the hash instead of the water. If this is done a little less fat ought to be used.

Savory Beef: Cut two pounds of beef into pieces of the right size for serving. Slice three large onions, place in a pan and brown slowly in three tablespoons of lard. Increase the heat, add the meat and brown. Mix three tablespoons of flour with a teaspoon of salt, a fourth of a teaspoon each of black pepper, ground cloves and thyme. Sprinkle this mixture over the meat. Add a pint of stock, two tablespoons of vinegar, one tablespoon catsup. Cover closely and simmer until the meat is tender. If using shank or plate beef allow two hours for cooking and an hour and a half for rump or round. 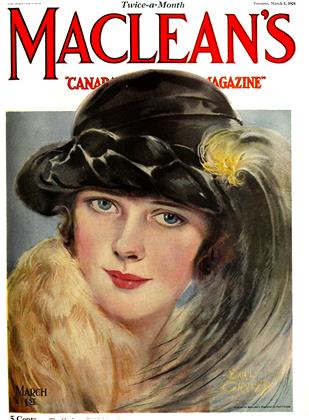