A WOMAN spy in the pay of the Bolshevists, bewitching to a degree that turned the heads of men with whom she came in contact and traveling under the guise of a princess of the royal blood, was, according to the Sunday Chronicle (London), the real instigator of the Sofia Cathedral horror, when, during the celebration of a service, cabinet ministers, generals and hundreds of other worshippers were blown to their death in a bomb explosion. The Chronicle tells how this beautiful and treacherous adventuress induced Georges Georgiew to carry out the details of the outrage and how she afterwards cold-bloodedly betrayed him:The woman, young and of striking beauty, first appeared in Sofia during the summer of 1923. She had a passport bearing the name of the Princess Orlow, and she took up her quarters in one of the best hotels with her suite of servants, including two private detectives who accompanied her everywhere to guard her royal person.

Money apparently meant nothing to her. Her jewels alone represented an immense fortune, and the general manner of her life marked her as a person of more than ordinary wealth and power. Her luxurious salons in Sofia soon became the rendezvous of the highest Bulgarian society. Politicians, diplomats, officers, and the cream of the artistic and literary society of the country crowded to her banquets and receptions.

The princess was kind and encouraging to them all. but with infinite tact she kept them all toeing the line which separates friendship from passion. She would favor none of them, yet she allowed them all to hope. And then at length she made her choice.

A young lawyer, Georges Georgiew, insignificant in looks and poor in purse and prospects, was, to the astonishment of all the rest, raised to enjoyment of her special favor, and became her acknowledged lover.

All seemed to be well with Georgiew, who for a while lived in a fool’s paradise of pride and satisfaction, the object of envy and hated as the favorite of the beautiful Russian. But he soon had cause for jealousy. His charming mistress seemed at times to taunt him and deliberately to torment him by a show of fickleness. He became seized by a fear that he was about to lose her, and every smile she gave to other men was like a knife thrust in his heart.

His old keen interest in politics began to wane. He lived only for one thing—to regain the favor of his princess. She more than once coldly hinted that she was worthy of a better man—a man who had done, or who was at any rate capable of, great deeds; and then, as the lover who was half mad with jealousy demanded that she should test him, she mentioned a deed that made him shudder.

Then came the last straw. During one of their talks the princess announced that she was about to bid farewell to him. He must never see her again, for she had just

promised her hand to a young Rumanian diplomat in the city.

This was too much for Georgiew. A few hours later, as his mistress stood talking in one of her salons to a group of guests, the little lawyer stole up and whispered to her: “Postpone your

betrothal and I will do what you asked.” He had been asked for nothing short of a massacre of the whole congregation in a great cathedral during a religious service.

Not another word was said. The princess gave her lover an eloquent glance, and then he disappeared for three days. On the third day the cathedral of Sofia was blown up while hundreds of worshippers knelt within it. After the great crash the little lawyer ran to the home of his mistress to receive her congratulations, but he was stopped at the door by a flunkey.

The princess was not at home, and she had left no instructions concerning her address.

The following day Georges Georgiew was arrested by four detectives.

Georgiew stoutly denied the charge of haring been the ringleader in the plot. But the detectives had a terrible air of certainty about what they were saying, and all the lawyer’s denials of his participation in a Bolshevist plot were received with cold and knowing smiles.

Then came the final blow.

The magistrate, without a word, handed to Georgiew an anonymous letter in which every detail of the plot was exposed. The whole story of Georgiew’s love affair was dispassionately told, even down to the incident of the whispered promise to “do what you asked.”

This was too much for Georgiew. He looked again and again at the handwriting unable to believe the evidence of his own eyes. It was the writing of the princess. It was she who had betrayed him to the

police after having made her own safety sure by leaving Sofia two hours before he was to carry out her wishes.

There was no longer any doubt. The young lawyer collapsed, pale as a corpse, and for a while it seemed as though he would lose his reason. Then, on recovering his senses, he told the whole tragic story. How, at the instigation of the princess, he had recruited a band of desperadoes prepared to do anything at his behest, and how, setting aside all scruples of conscience and political faith, he had consented at last to carry out the terrible orders of the woman who had enslaved him. Even now, after such a betrayal by his faithless mistress, the sentiment of the lover was strong. He confessed only on the promise that the truth should never be published.

He had sold his immortal soul, his career, and all he had ever believed in

for the bright eyes of a woman. And because of his fall, there were public executions in Sofia shortly afterwards. He is left to nurse his remorse through fifteen years of imprisonment. He, too, would have dangled from the gallows like his fellows, had he not made a confession which enabled the police to catch conspirators who would otherwise have escaped.

And what of the woman? She is still at large. She is no doubt living as happily and as luxuriously as ever, as the paid spy of the Bolshevists. Her role of princess was simply a part which she played with wonderful cleverness, for she has neither blood nor title nor any wealth of her own. She is just a pretty, clever woman, whose real name is Elisabeth Boreschnikowa, and she had untold wealth and cunning to support her when she was sent forth on her mission to provoke a revolution in Bulgaria. 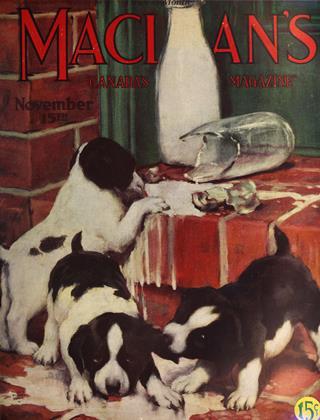