SOME NEW USES FOR RHUBARB INA WINIFRED COLWELL May 1 1926

WHEN I was a little girl, I would never admit that spring had actually come until I had seen the thick, pink rhubarb heads pushing their way bravely through the moist earth. In my immediate locality they were the harbingers of spring. Often, when I saw them, snow still covered the ground in patches, but I knew it would soon melt and no more of it would come until another glorious summer had been ours to enjoy. The first sighting of the rhubarb sprouts was a wonderful moment. I used to rush to the house in great excitement: “The rhubarb is up! The rhubarb is up!”

During the last few years, my first limpses of early spring rhubarb have een in grocery and fruit stores. This was the indoor-grown variety, and while much more to be desired by the housewife because of its tenderness, it made me long for the tougher outdoor stalks, and to wonder whether our old rhubarb patch is still pushing forth to greet the spring, and who is there to get its first message.

Rhubarb has much to commend itself to the housewife. It is almost universally liked, and because of its low price, the slimmest household budget can afford it. Then, too, there are so many ways it may be served. The following are only a few suggestions and by no means embrace the wide range it covers. Each succeeding spring finds the housewife has devised some new method of serving it, and many of these methods tend to deceive the palate. One does not often recognize the rhubarb nowadays. Its identity is lost in combinations which, in many cases, are delicious A case in point is:

The uses of this tasty mixture are many. It makes an excellent sauce in spring and summer, and it is often used as a filling for pies. In like manner, strawberries, cherries, currants and raspberries may be combined with rhubarb. Any fruit preserve which tends to be very rich and sweet forms a delicious combination with the tart rhubarb.

Other delectable combinations include:

Boil all ingredients together until soft. Do not be afraid of too much boiling, for the longer the sauce is boiled the more tasty and smooth is the relish.

Boil all ingredients together until soft.

Pulp the grapes and heat them. When they are almost boiling remove from fire and put through strainer to remove seeds. Put skins through meat chopper and add to the pulp again. 1 hen add remaining ingredients in order given, minus the walnuts. Poil, and when nearly done the walnuts may be added.

—To six quarts of finely-chopped rhubarb add five auarts of sugar and let stand over night. Boil down until thick and add one pound of coarsely chopped walnuts.

A simple, hot pudding calls for the following:

Scalloped Rhubarb with Meringue —Peel the rhubarb and cut into inch lengths. In a buttered dish put a layer of thin slices of sponge cake and over this a layer of the rhubarb: sprinkle with sugar, a grating of yellow orange rind and a few grains of salt; continue the layers until the dish is filled. For half a pound of rhubarb use about three-fourths of a cup of sugar. Cover the dish and let bake about half an hour. Beat the whites of two eggs dry; gradually beat in two tablespoonsful of sugar, then fold in two tablespoonsful of sugar and spread over the pudding. Let bake about twelve minutes in a very moderate oven.

Canned Rhubarb—Many housewives prefer to can the rhubarb by itself, and this is a simple operation. Sterilize jars and covers. Cut the peeled stalks of a length to come nearly to the top of the jar and fill to overflow with fresh-drawn, cold water; adjust rubbers and covers, and store in a cool dark place.

Stir all ingredients together and pour into a pie shell (a covered pie shell is best in this instance) and bake.

Many prefer the following recipe:

Heat the egg, add the sugar, salt, rolled crackers and rhubarb. Turn into the plate lined with the pie crust. Put in bits of butter. Cut the pastry rolled for the upper crust into bands three-fourths an inch wide, and brush over the edge of the under crust with cold water; lay the bands across the filling, parallel, one to another, then lay bands across the filling at right angles to these, lattice fashion. Cut all at the edge of the under paste and press them upon it. Bake about half an hour.

Have the stewed rhubarb warm but not hot Prepare the ingredients as for baking powder biscuit mixture, leaving it a little softer. Turn dough into a buttered pie plate, spread it evenly, drawing it away from the centre somewhat. Let bake about twenty minutes. With a sharp pointed knife cut the crust all around midway between the top and bottom, then gently pull it apart. Set one piece on a plate, spread with butter, pour on part of the stewed rhubarb, place the upper crust in position again, spread it with butter and then with the rest of the rhubarb. Serve either with or without cream. 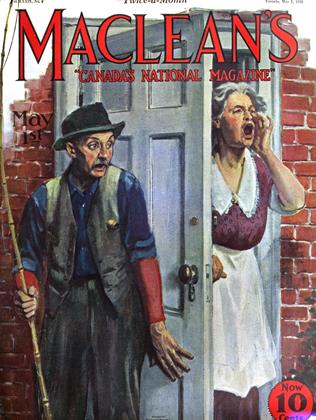