"Right to the hel—um an’ a left to th’ wheel ... Come on there, you Sandy, what’s that there foot stuck to the floor fer?”

. . . and the tall young fellow in the peaked cap awoke from his bashful reverie, and galloped gaily forward with his right hand extended to his waiting partner. “Grand right and wrong!” and off they went.

It was in the Orange Hall in Louisburg, a drab, dilapidated, leaning, unpainted building; the swordfishers were having their regular Friday night dance, and they were dancing with some of those for whom their boats were named. There were four callers and four fiddlers ‘spellin’ ’ each other; and that veteran fiddler, Cap’n George Tutty— on that coast all over a certain age are captains—was at the helm, with hisviolintucked snugly into the hollow of his chin, a violin so old he opined it must be a ‘Strad’; but when someone suggested he could not be certain, he reasonably admitted there might be a shade of doubt.

They were all there, the men of Gloucester and Gabarus, French, English and Scotch-Canadians and Americans; some in sea-boots and peaked caps, some in tightfitting store-clothes’ pinched in at the waist, their hair slicked down with brilliantine; but neither sea-boots nor shoddy factory-clothes could hide the glide of rippling muscles that slipped and slid beneath their clothes like those of panthers, muscles of men whose feet knew the give and take of reeling decks and rough seas; grace was still there, in dancing as in their cat-like tread on their small boats; no clothes could hide that these were men, and not slicked-up pavement-trotters.

All were welcome, and all were there, men from Ironbound and from Tancook, Scatari and Sydney, Arichat, Canso and St.Peter’s; and it was strange, indeed, to see them in this new role, men one had seen earlier in the day aloft on cross-trees, or harpooning great fish, and later in the day, elbow-deep in blood, cleaning them. There was Cap’n Dan Fleet, last seen astride a fourhundred-pound fish, pride in his eye, now hoeing it down like a colt, as though he had never seen a fish; seizing and swinging off her feet a sparkling young girl as the caller shouted: “There she is under your feet. Grab her, boy!” Whole crews were there, in families, for most crews

were recruited from single families; the Taylor'boys, the brothers Cross, men from every family in The Cove, to say nothing of those from foreign parts.

“First lady an opposite gent . . . Forward an’ back . . . Up astern! Right to port and green to sta’board! If in perfect safety, go ahead! Two head couples lead to right! . . . Dip yer ensign! . . . An’back to harbor!” Girls, tiring, flung themselves panting, on the plank bench around the wall; others took their places in the ring; the men, who were not at the moment dancing, gathered in small groups and talked. Scraps of their conversation floated through the scrape of fiddle, the shuffle of feet and the caller’s loud commands.

“Man an’ boy, I’ve followed the water forty year, an’ I don’t smoke nor drink.” It was the captain of the Sunapee, from Gloucester, in high good humor, for he had fifty-nine fish in his hold this day, and there would be no duty on his fish when he sailed into Boston, nor any middleman between him and the buyer there; one fish meant as much to him as two to a Canadian fisherman.

only it’s so hard to get. Only chance is a boat down from Montreal. You can’t beat ale!” And all agreed on that.

INTRODUCTIONS were unnecessary. “Lady, what’s theshow for a dance?” was the accepted formula, and all availed themselves of it. A two-hundred and-thirty pound, horn-rimmed, spectacled swordfisher, off the Mary Pickford from Fisherman’s Harbor, danced so hard he had to take his coat off. “Look cut he doesn’t stick you, an’ throw his ‘cag’ ,” a voice in the crowd shouted warningly.

A swordfisher from Canso, in a fedora hat, and a green striped pullover, worked his heart out, worked harder than he ever did pulling an eight-hundred-pound fish aboard; and one from Isaac’s Harbor gave up completely and flung himself down breathless on the nearest bench. “Gosh!” he ejaculated wonderingly, as with his hand he frankly swished the perspiration from his face.

The Man Who Swordfished Alone

p VEN that captain was there, ‘The Man Who Swordfished Alone’; for on his own boat he was captain, crew and cook, and if there had been midshipmites in the swordfish fleet he would have been that too. A courageous man with confidence in his own powers and not afraid of work, he sailed his schooner alone. After starting the engine he would rush to his place in the cage where lines from the tiller enabled him to steer the boat while, harpoon in hand, he scanned the sea for swordfish. And he already had killed oneinthismanner,fishingalone.

But he was not alone to-night. Far from it. And none the worse either, for he was paired with a girl who held her own with any there, and one could scarcely hope to find in any ordinary gathering so many pretty girls as these, nor girls dressed in such good and simple taste. It was bobbed heads and near knee-length skirts, but there

was none of the cheap prettiness of some city dance-halls; çomplexions here smacked of Nature and the sea.

Some of the men began to dance each other down, and one set fell out to make room for the contestants, around whom a crowd gathered in a corner of the hall. Some of the less worthy fell out and others eagerly took their places until at one time ten men were ‘stepping’ each other ‘down,’ but the honors went in a burst of hand-clapping to a lean, hard-bitten swordfisher with a white handkerchief, as large as a small sail, draped around his neck and over his respectable black-clad shoulders as he nimbly did an improvised step of his own to celebrate his victory The men cheered anew, but the girls, unconcerned, viewed this masculine exhibition with the utter lack of emotion of those for whom such things held no charm it was not dancing, and they were not on the floor, and that was what they were there for; so they chewed their gum phlegmatically

The young caller was, in his history, typical of the life of that coast. “Eight I’ve lost in my family by drownings,” he said. “My father an’ two of my brothers together. I only escaped myself that time, even though I was only ten years old, because I had the toothache and couldn’t go out with them that day, so they left me at home. I never saw them after. I started followin’ the sea myself when I was eight, and I begun to go regular when I was twelve. Then I lost three uncles an’ two more brothers. We got a terrible picture at home, all the pictures of them in our family that have died, in a big frame: ‘Gone But Not Forgotten,’ It’s shot all through with drownings.”

As the heel of the evening approached, songs broke in on the music, sentimental songs such as are sung only by cowpunchers and sailors and men of lonely lives, songs such as: ‘A Faithful Sailor Boy:’

“Birdie in the ring!” commanded the caller, and a little dark-haired girl hopped into the centre of the room.

Two couples slipped away; and Hawkie, a great boot-clad figure in peaked cap, and Birdie, faced each other in the ring. Up on their tip-toes they shuffled rapidly, man and girl facing each other, moving their feet in tiny fractions of an inch with incredible rapidity, now a yard apart, now a foot, circling like mating pigeons, and more graceful.

Pandemonium reigns. The girls squealed in giggling protest and blocked their little ears. A dozen voices sought good-humoredly to take the caller’s place. There were shouts of: “Turn her home! . . .” “Turn her to shore . . .!’,

Everyone was calling, and the pandemonium increased both in volume and good nature. A voice began to sing

And I see a pretty little girl in

The girls clustered in little knots, like hiving bees; the boys joined hands, shouting gleefully, and spun rapidly around them. A stranger, an elderly fisherman, with long moustaches, in a long peaked cap, who had wandered in in the shank of the evening somewhat the worse for drink, lumbered up now to the girls as he had repeatedly done since his arrival: “Lady, how about a dance?”

No one answered, and none would dance with him. Mumbling, he lurched

off, and complained bitterly to the floormanager. That functionary stepped into the hilarious circle with uplifted hand: “You girls must treat everybody alike or we can’t make these dances go. You mustn’t pick and choose. Ladies must dance with anybody that asks them.” The complainant joined him and spoke in full agreement: “You maybe think I haven’t got enough money to pay for a dance here, but I got enough in my pants pockets to pay for a dance with any girl in the house. Anyhow, I don’t think there’s any girl in the house worth dancing with!” And as he lurched through the open doorway into the blackness of the unlighted main street of Louisburg, he flung over his shoulder! “To hell with you!”

A door slammed and the swordfishers’ dance was over. 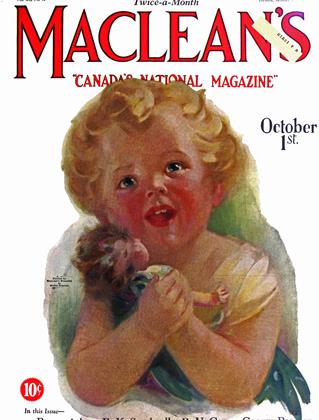