RECENT studies have shown that rickets is very common among young infants. This is particularly true among those children who are born during the latter part of the summer or early fall, according to Dr. Julius Levy, pediatrician of Beth Israel Hospital of Newark, writing in The World's Health. Among all who live in the temperate zone, he continues, it has been found that rickets increases rapidly during December, January and February. This condition is not peculiar to the poor nor to the mal-nourished or under-nourished infant. It is frequently found among babies who on superficial examination would be considered in perfect condition.

‘Rickets is a serious disease more from a public health than a medical standpoint. In its mild forms it does not make infants •acutely ill but predisposes them to certain defects in development that interfere permanently with good health and vitality. In early infancy it is the underlying cause of convulsions. Among babies who have been protected against rickets, convulsions are exceedingly rare. It produces soft bones which, as soon as they are required to bear weight, become deformed. The deformities that have a particularly serious effect on health and life are those of the chest and pelvis. Obstetricians have long recognized that a rachitic pelvis has been the cause of much of the difficulty of labor, and, therefore, bears an important relation to the maternal mortality problem. Studies are being undertaken to determine the incidence of rachitic pelvis. There is a strong impression that this condition is much commoner than is generally recognized and that the maternal mortality problem will, in part, be solved when rickets is prevented in infancy.

‘The teeth are similar in structure to the bones and naturally are similarly affected by nutritional disorders. There is a growing opinion that defects in development, irregularity in shape, size and position are closely related to the calcium deposition in the teeth before they have erupted. There is an increasing weight of opinion, based on careful animal experimentation, that caries of the teeth is primarily the result of defective structure and only secondarily the result of infection and fermentation in the mouth.

While there is no desire to discourage propaganda for clean mouths and clean teeth, experimental and scientific research proves that to prevent carious teeth it is important at all times to maintain the healthy and normal structure of

the teeth, which is determined largely by calcium deposition.

‘Rickets is easily prevented and easily cured. It does not occur among those children that are adequately exposed to the direct rays of the sun. In China, where famines are common and children die of marasmus, rickets is rare. While rickets is very common among the negroes living in northern temperate zones, it is practically unknown among the negroes of Africa. It has developed very rapidly in the temperate zones among civilized nations because civilization has meant clothing and the shutting out of sunlight through crowded housing. It has long been known that cod-liver oil would cure rickets. It contains an element known as anti-rachitic element which gives it the same effect upon the calcium metabolism as sunlight. It has definitely been proven that the administration of small amounts of properly standardized cod-liver oil will prevent rickets and readily cure it. The anti-rachitic elements of cod-liver oil vary considerably, depending upon the time of the year in which the fish are gathered, their own condition, and many other factors. It has recently been thought that the cod-liver oil of the Norwegian variety, which for a long time was considered of very fine quality, was not as effective as fresh, nearby oil, because it was sent in casks partly filled with air. During the transit the anti-rachitic element was somewhat changed, perhaps oxidized. This is being modified and codliver oil is being sent over with the casks filled partly with nitrogen. It is important therefore, in ordering cod-liver oil to specify a known, carefully tested brand, several of which are produced by American manufacturers from fish gathered off Cape Cod and Newfoundland.

With the recognition that rickets is so

general and can be definitely prevented by the feeding of cod-liver oil, it would seem desirable to treat cod-liver oil as a food rather than a medicine and to make it a part of an infant’s diet in the same way as orange juice is made part of the diet to prevent scurvy.

‘With the recognition of the importance of the direct rays of the sun, particularly during the later months of fall and winter, it becomes increasingly important to expose parts of the body, even for short periods of time each day through this period. That this is not entirely impractical on account of the cold, I have been able to demonstrate by having mothers expose a portion of the infant’s body as early as one month for periods of time varying from five minutes to half an hour through the winter. This is best done in a room with a direct southern exposure. It can be begun with the arm or leg for a three minutes exposure and then increased each day by a few minutes. The importance of the direct exposure is clear when we consider that the ultra-violet rays of the sun, which are the only rays that seem to be effective in preventing and curing rickets, are easily absorbed by glass and do not penetrate very deeply and are made ineffective by covering.

‘We have, then, in the prevention of rickets a very definite and important public health problem. No child should be permitted to acquire rickets through the inability of the parent to supply it with either cod-liver oil or sunlight. Until mothers are educated to the importance of these two factors, it may be desirable, through clinics and baby keepwell stations, to distribute cod-liver oil. The cost would indeed be a small sum for the prevention of all the serious defects and deformities that follow in the wake of rickets.’ 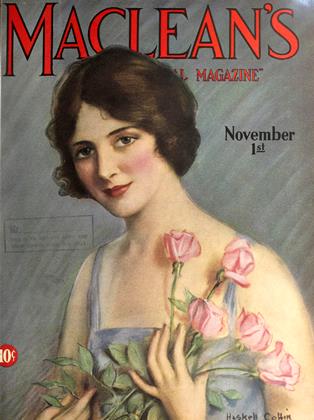