HOW do you listen to music?’ This is, in effect, the question which Ernest Newman, the extraordinarily erudite and witty music critic, poses in a recent issue of the Sunday Times. What prompts him to ask this question, he explains, is that ‘of late years we have had a large number of books telling us, in the most confidential style, How to Listen to Music.’ These books, he contends, usually are written by two classes of people—those who are good musicians but bad writers, or those who know something about writing but nothing about music. Such a book, he declares, is the recently published ‘The Effects of Music’ a ‘series of essays by serious inquirers trying to deal, in experimental fashion, with such formidable subjects as ‘Visual, Kinaesthetic, Olfactory and Gustatory Effects of Music,’ ‘Effects of Music on Electrocardiograms and Blood Pressure’, and the like. Some of the experiments he goes on amusingly to explain :

‘The methods are often ingenious, and the intention always praiseworthy; and if some of the experiments and the conclusions derived from them excite more 1 hilarity than respect in the musical reader, we must remember that this sort of scientific investigation is still in its infancy. Almost everywhere in these essays we see the same hopeless attempt to reduce the complex being that we know as man to the impossible theoretic simplicities of laboratory man. In inquiring into the effects of music on the listener, some of these ardent inquirers leave out of consideration both the nature of the music and the nature of the listener.

‘Thus one investigator, trying the effects of music upon various listeners classified music into nine “types.” The ninth type was the “sensational, stormy, thrilling;” and the piece of music chosen to represent this type was—the William Tell overture! The eighth type was the “martial, majestic, dignified, stately, dramatic”; and the piece of music chosen for this was—the “Light Cavalry” overture! For the third type, the ‘sad, pathetic, tragic, plaintive, mournful, doleful,’ the test piece was—“Funeral March, Gardner, violin”! Further, all of the pieces were grouped in two classes, “joyful” and “serious.” The“joyful” contained such disparates, as it would seem to most people, as “Anitra’s Dance”—which for me, at least, has an undercurrent of sadness—and the Aida March, which can hardly be summed up under the simple title of “joyous”; the “serious” included pieces—unknown to me, I must admit— called “Humoresque” (not Dvorak’s) and “May is Here” (a serious subject only in England, I should imagine); while the “Funeral March, Gardner, violin”, might conceivably strike me as rather funny could I but hear it. Who can take “investigations” of this kind seriously? What earthly bearing have they on what goes on in the minds of really musical people when they listen to real music? There is but one answer. None.’

‘We are given, for example, elaborate demonstrations, in the name of abstract psychology, that it is bad for us to repress the conative impulse when listening to music, for according to the psychologists the natural outlet for feeling is action; therefore, it is argued, we ought to applaud vigorously after any piece that has pleased or stirred us. That, no doubt, is how laboratory man should and would act. But natural man thinks and acts otherwise.’ 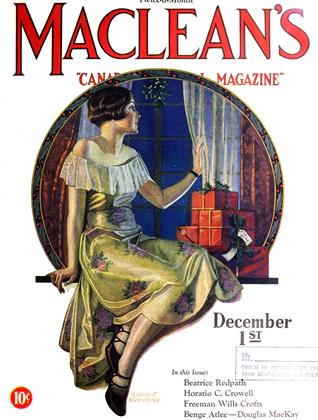