SOME few years ago a book entitled ‘Ariel’, written by a Frenchman, André Maurois, caused something more than a mild sensation. It was witty, it was daring, and it was beautifully written. This Maurois is a frequent contributor to Le Figaro (Paris), and the latest of his wise, deft and airy articles is a speculation as to what the future may turn out to be if science persists in making the gigantic strides it has in the past. He regards the ‘telephotophone’ as a commonplace already, and foresees the day when the prediction of an English professor is fulfilled. He thus quotes the scientist:—

‘It is certain, that since human thought

is composed of images and words, it ought to correspond to the radiations of certain sound waves. These radiations and waves will some day be captured—it is only a question of amplifiers.” From this moment on it will be possible, thanks to a kind of radioscope that everyone will have in his pocket, to read the thought of any interlocutor and to contemplate the images that he is forming in his mind all the time. Conversation will then be much more like the solitary, silent meditation of the present time. A will watch B thinking for a few minutes; then he will work out his reply, while B watches him. We shall all have to be natural, and hypocrisy will die.

‘It will be possible to make people violent or timid, sensual or the opposite, as you please, by simple injections of the products of the endrocine glands. If a highly organized oligarchy is desired, it will be possible to inject in the children of the leaders the authoritative temperament and in the children of the proletariat the temperament of submission. Against the injections of official doctors the greatest orators of the Opposition will be impotent. The only difficulty will be to combine apparent submissiveness with the ferociousness that will be necessary in order to cope with foreign enemies, but I have no doubt that science will resolve this question.

‘A paradox? Of course. Nevertheless, a great French scholar told me of this experiment the other day. Female virgin mice are placed with some newborn mice. The females continue to eat and play and run about without noticing the baby mice, and allow them to die without helping them. The products of certain glands that awaken the maternal instincts are then injected into these same mice. At once these Amazons are transformed into admirable mothers. They renounce their play and occupy themselves entirely with children that are not really their own. They will even die in their defence.’ 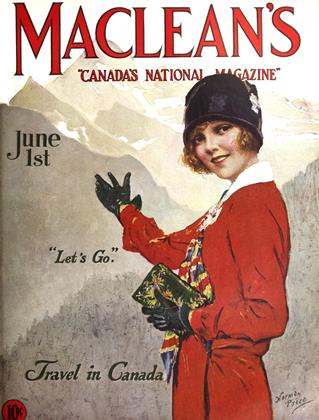