Hundreds of thousands of dollurs are lost annually in Canada through careless investmentFraudulent and worthless securities are being constantly poured on to the market to entrap the unwary. A general observance of this simple maxim will assist in the reduction and elimination of this economic waste— •BEFORE YOU IN VEST—CONSULT YOUR BANKER.”

THE investor can well afford to take a leaf from the investment book of the banks and life insurance companies. These institutions constitute the largest and most powerful investment groups in Canada today. Their gross investments total hundreds of millions of dollars. PTinds are continually accumulating for which there is no ready employment outside the investment market. Eternal vigilance must be exercised by investment officers to keep these revenues working at the most remunerative rates possible consistent with safety. With them the investment science is cultivated to the last degree. The element of risk is all but eliminated. Definite formulae are laid down and observed in the investment of money. It is demanded of those in charge of institutional investments that they have a profound knowledge of the fundamentals of investment, in addition to the natural gifts of shrewdness or foresight, sound judgment and ordinary common sense. The private investor would do well to emulate the very fine example set up by the financial institutions in the investment of funds.

Banks secure their funds through the deposits of the public, and in the past few years these have been far in excess of the requirements of the business community. Hence an outlet was sought in the investment markets. The business of Canadian life insurance companies continues to show phenomenal growth, and these institutions have reached a point where they are suffering from ‘an embarassment of riches.’ Premium, income and assets are moving steadily on the upgrade, and the problem of keeping these revenues in secure and profitable employment is always acute. Many millions are added yearly to the sum total of investments carried by the banks and life insurance companies.

In actual practice, the strict adherence to sound investment principles, enforced by law in the case of life insurance companies, and adopted as a matter of business policy by the banks has shown remarkable results. Despite the immense stake held by these institutions in the investment field, the losses in this department of late years have been so infinitesimal as to be negligible. The banks and life insurance companies do not assume risks in investment. A loss now and again would not particularly affect the position or outlook of an individual Company. But no chances are taken. How important it is, therefore, that the private investor, especially if his means be limited, and his earning power reduced or spent entirely, should practice conservatism to a superlative degree.

TI) ANKS were constituted primarily to take in funds in the form of savings deposits, and loan them out again at fixed rates of interest to the business

interests of the country at such times as the need fortemporary creditaccommodation was felt. During the period of postwar business depression, the call for funds for loan accounts declined to a low ebb. The banks found themselves with heavy accumulations on hand, for which there was a limited demand in the ordinary channels. The investments of the banks have shown steady expansion during this period, and even now, when general business is displaying an improving position, funds continue to accumulate with the banks in excess of ordinary commercial requirements. As the bank is a commercial rather than an investment organization, it is necessary that assets be kept in a highly liquid state in order to be in readiness at all times to meet and supply legitimate credit demands, and consequently the bulk of the investment holdings are made up of gilt-edged government bonds for which there is at all times an immediate market. A fair degree of diversification, however, is secured, as the following recent analysis of banking investments discloses: sixty-five per cent, of invest-

ments in dominion and provincial securities; twenty-five per cent in municipal and foreign public bonds, and ten per cent in corporation securities. The factor of liquidity, plus safety, is strongly emphasized in banking investment

rT"'HE case of the life insurance company is somewhat different. The requirements of this institution and the private investor parallel to a striking degree. Both are striving for safety, together with as high a yield as possible consistent with the maximum of security. The government observes strict regulation of life insurance investments and has established definite limits to the range of securities which may be purchased. The permissible investments for Canadian life insurance companies are summarized below, and should be studied carefully by the private investor.

As the insurance company is seeking to build up income, and is not primarily concerned with securities immediately saleable, the character of insurance investments differs radically from these of the banks. A recent compilation indicates that about fifteen per cent of life insurance investments are in dominion and provincial bonds; forty per cent in municipal and foreign public (offering a higher return than government bonds,) and forty-five per cent in corporation securities. It is to be observed that only the securities of corporations of proven record may be purchased, and in the case of common and preferred stocks, only where there has been a satisfactory dividend experience over a term of years.

An analysis of the assets of one of Canada’s largest and most successful insurance companies the Sun Life Assurance Co., is of interest. Of total assets

This particular company reported an average interest rate earned in 1926 of 6.69 per cent as against 6.41 per cent in 1925, and 6.38 per cent in 1924. This record is especially remarkable in view of the general declining tendency of interest rates, and reflects the success of the company’s investment policy.

Invest Only in Sound Corporations

rT'HE remarks of the president, T. B.

-*■ Macaulay, on this are worthy of examination. He says in part: ‘We confine our stock purchases to only such corporations as are among the largest and strongest on the continent. In Canada, we are already a large stockholder in practically all of our best companies. In the United States, where we have a more extensive choice, only some forty odd corporations have so far been selected as sufficiently outstanding to be put on our authorized list for common stock purchases. Companies in the industrial group must have great reserves accumulated from the profits of previous years, and also must now be outstanding and usually dominating in their respective fields. Such companies have their roots deep in the industrial life of the nation, and may almost be said to have become part of the nation itself. The nation cannot grow and prosper without their growing and prospering. By confirming our selections to the greatest and strongest corporations on the continent our investments naturally have such safety and stability that risk may be almost said to be eliminated, and we can in addition, in the case of common stocks, look forward with entire confidence to the increase of dividends and other financial extras which the future is likely to have in store for us. And we have not been disappointed.’

The government observes strict watchfulness over the investments of insurance companies. This probably is due to the fact that in the early days several illmanaged companies, looking more to the writing of risks than the development of sound investment programs, invited trouble, which eventually brought the introduction of strict measures regulating investments. The permissible security investments for Canadian life insurance companies are summarized as follows:

(2) The debentures, bonds, stocks, or other securities of, or guaranteed by, the government of the United Kingdom, or of any colony or dependency thereof.

(3) The debentures, bonds, stocks, orother securities of, or guaranteed by, the government of any foreign country or state forming a portion of such foreign country.

(4) The debentures, bonds, stocks or other securities of any municipal school corporation in Canada, or elsewhere, where the company is carrying on business.

(5) The debentures, bonds, stocks, or other securities guaranteed by any municipal corporation in Canada.

(6) The debentures, bonds, stocks, or other securities secured by rates or taxes, levied under the authority of the

government of any province of Canada on property situated in such province and collectible by the municipalities in which such property is situated.

Class B (1) The bonds of any company which bonds are secured by a mortgage or hypothec to trustees or a trust corporation or otherwise, upon real estate or other assets of such company.

(4) The common stocks of any company or corporation upon which regular dividends of at least four per cent per annum have been paid for the seven years next preceding the purchase of such stocks, providing that not more than thirty per cent of the common stocks, and not more than thirty per cent of the total issue of the stocks of any company shall be purchased by any such life insurance company, and that no company shall be permitted to invest in its own shares or in the shares of another life insurance company. 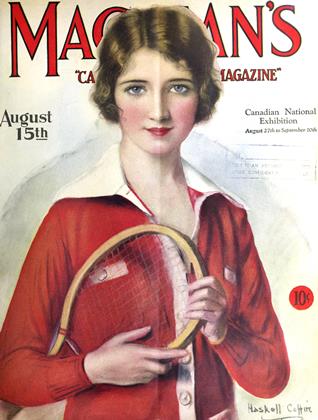