THE Canadian press has carried from time to time stories of the terrible suffering being endured by the Welsh miners. A few excerpts from wellknown British papers will serve to focus the attention of Canadians on what is a truly appalling situation. Says the Welsh Outlook, for example:

“What are the facts? Of the mining population of something over 200,000 in South Wales, nearly 80,000 are walking the streets in compulsory idleness, and 30,000 more are only able to obtain work for two or three days a week. And the worst is not yet. Owing to the economic impossibility of carrying on, collieries are closing down one after another. The number of unemployed grows with every pit closed.

“Get hold of that figure. Eighty thousand! Try to realize it. Perhaps you live in a town. How big is it? Ten thousand inhabitants? Then your unemployed fellow countrymen would fill eight such towns—the men alone. If you allow an average of two dependents— a wife and a child—to each man, they would fill twenty-four such towns as yours. Every household in those twentyfour towns will need food and clothing and warmth, but not a man among them can earn a penny. Think of it. Does that bring it home?”

“These people have no hope in themselves,” says the Times, “until they can be transferred, one by one, to what are areas of hopefulness just because they are areas of employment. The field of industry which formerly sustained them is barren, and never again will miners, to the number perhaps of nearly a quarter of a million, be able to gain a livelihood from their former employment.

“Until the time comes when they can be given a new place in industry they are powerless to help themselves or their families. Their idleness is constrained, and the best gift to them would be the opportunity to work. For the time being they have to be maintained by others, and they deserve something better than what either the Poor Law or the Unemployment Insurance Fund can do for them.

“It is not merely a temporary emergency that has to be tided over, but a continuing and increasing distress. How acute individual hardships may be can be gathered from the statement of last year’s Lord Mayor of Cardiff that there are women who must borrow another woman’s boots before they can go shopping, and that hundreds of men stay in bed in order to save a meal.”

“The rules for the administration of unemployment benefit,” asserts the Nation, “were drawn up to meet conditions altogether different from those which prevail in the coalfields. They were frankly based on the assumption that a man who really exerts himself in seeking for a job can usually manage to find one himself before the Employment Exchange can find it for him.

“Therefore, it is not enough for a man to say: ‘I have registered at the Exchange. They have not been able to find me a job.

I claim unemployment relief.’ He must give evidence of active efforts in the pursuit of work; and, if he fails to satisfy the Court of Referees that he has made such efforts, he is debarred from benefit, and thrown back upon the poor law. To apply such regulations to the surplus miners at the present time is a grotesque absurdity.

“Yet large numbers of miners are without unemployment benefit, either because they have been disqualified on such grounds, or because they have never paid sufficient contributions to entitle them to benefit. It is indeed the large number of the men who are without benefit that mainly accounts both for the physical distress and for the almost intolerable strain which is cast upon the rates in the mining areas.

“It would, we consider, be the course both of humanity and wisdom to waive, as regards the miners, all ordinary restrictions on unemployment benefit, and

to pay it, for the time being, to every man who has ever worked in the pits. It is true that there would be no justification for throwing this additional burden on to the employers and workpeople in other industries in their capacity of contributors to the Unemployment Fund.

“The cost of relieving the permanent unemployment in the coalfields ought not to fall upon them; it is wrong that so large a part of it should fall on them now. The sound policy would be to meet all claims for ‘uncovenanted’ benefit under another scheme financed entirely by the State.” 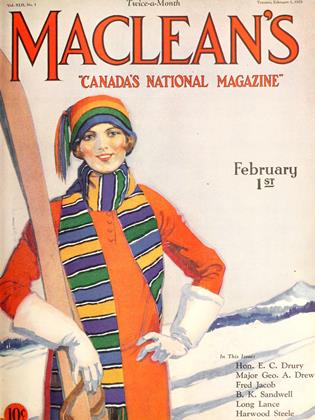