THERE are some men who can review even a profoundly scientific work in readable language. Of these is Professor J. Arthur Thomson, who, in John O’ London’s Weekly, commences a review of J. W. N. Sullivan’s recent work, “Bases of Modern Science” by quarrelling with a Huxley definition. That great scientist, it will be remembered, defined science as “nothing but trained and organized common sense.” Professor Thomson points out that it was common sense— so called—“that kept the sun so long a-circling round the earth; that refused for so many years to accept Harvey’s proof of the circulation of the blood. No, says Thomson, science is uncommon sense.

• “Besides going far to satisfy man’s appetite for light, science puts power into his hands—power that can be used for the amelioration of human life. That science can be used for destruction and deterioration is also true, but that is man’s fault, not its own. It may be fairly argued, Mr. Sullivan tells us, that modern civilized communities are, through science, more desirable societies than have ever existed before.

“But what has science to say to the rest of our knowledge and convictions? The answer on which Mr. Sullivan wisely lays stress is that the scientific outlook is partial and requires to be supplemented. Science sets itself to describe the world in formulae, whose terms are the lowest common denominators available at the time—say electrons, protons, and radiations for the physical realm. The ideal aim of physics is to describe all that happens in terms of masses moving through space and time in accordance with mathematically definable laws.

“But in pursuit of this ideal of the shortest, simplest, and most exhaustive formulations or laws, science deliberately leaves out any enquiry into the deeper meaning or significance of things. It is not its métier to raise the questions of value and purpose; and since man is not likely to give up asking these questions, he must go beyond science.

“Science tries to answer the questions: ‘What is this? Whence came this? How does it continue in its state of being?’—but it never even raises the question Why? We do not, of course, refer to merely superficial ‘why’s’: ‘Whydoes smoke go up the chimney?’ or ‘Why is the sea salt?’—for these are really disguised ‘How’s.’ We refer to the deeper ‘Why?’—what is the purpose, if any, behind this evolving System of Nature in which we are included, we Who measure it, and master it, and make scientific sense of it? In trying to answer this deeper ‘Why?’ men have in the past become religious and philosophical, and there seems no reason to suppose that they will cease to pursue this quest.

“We must hasten to say that Mr. Sullivan goes far beyond this general position, for he does more than hint at the view that it is no longer possible for science to leave out the notion of ‘value’, and at the view that the actual substance of the universe may be ‘mental.’ But we may be satisfied in the meantime with noticing the change of temper indicated in the two concluding sentences of an illuminating book: ‘Our aesthetic and religious experiences need not lose the significance they appear to have, merely because they are not taken into account in the scientific scheme.’” 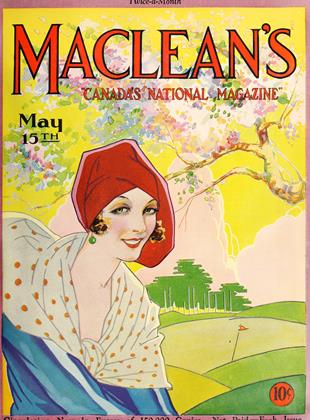