WHEN, some years ago, Henry Ford expressed the opinion that “history is bunk,” none of the front page despatches featured by the press of the world threw much light on the deductions which led to the conclusion. It may have been that Mr. Ford had read several conflicting versions of some historic happenings and despaired of ever securing information that would for all time remain uncontradicted.

In the compilation of the history of a nation the task of the chronicler is not an easy one. Human memory is apt to have its lapses with the passing of years. The records written by different persons “on the spot” conflict. Only by painstaking sifting of facts, by the discarding of this evidence and the confirmation of that, can uncontrovertible scrolls be established.

In MacLean’s of February 1, there appeared an article by Chief Buffalo Child Long Lance describing “The Last Stand of Almighty Voice.” It presented the Indian viewpoint concerning one of the most dramatic episodes in the history of the Canadian Northwest, and in writing it, Chief Long Lance gathered much of his information from people who were either actors in the drama itself, or who were very close to them.

Since that article appeared, several surviving members of the Northwest Mounted Police force which made the final charge against Almighty Voice, have forwarded accounts disagreeing in some particulars with that given by Chief Long Lance. Other reports have been received from civilians who observed the attack on the pit in which Almighty Voice and his companions made their last stand.

The fact that all these reports, in differing with Long Lance, differ with each other, led MacLean’s to make a very thorough and independent investigation extending over a period of three months. The information presented in this article settles definitely a number of points which seemingly have long been in doubt, and throws at least additional light on others which may never be settled.

TT WAS a simple case of cattle-killing that brought Almighty Voice, otherwise Jean Baptiste, Kakseemanitouways and Opatiss, into the hands of the police. He had killed a steer belonging to a settler. The settler complained to the Indian Agent at One Arrow’s Reserve, who issued a warrant. On October 22, 1895, Sergeant Colebrook arrested Almighty Voice, another Indian charged with aiding him, and a squaw, charged with theft.

Removed to Duck Lake, the three Indians were placed in the police guard-room. At night, three beds were placed for them in a corner of the room, the prisoners were unshackled, and a guard mounted with instructions that each man would maintain a watch of two hours and would not leave the room until his relief came.

It is at this point that versions of what followed begin to differ materially. For Almighty Voice escaped, and the circumstances of that escape occasion debate.

Discussing the motive of that es-

cape, Long Lance, in his article, asserted that Constable Casimir Dickson, one of the policemen in charge of the prisoner, “jokingly told Almighty Voice through an interpreter, that they were ‘going to hang him for killing that steer’.” To this “joke” Long Lance and Almighty Voice’s mother, Spotted Calf, attributed the Indian’s break for liberty and his subsequent desperate actions.

Casimir Dickson is still alive, in Vancouver. Mr. Dickson makes an unequivocal denial that he told Almighty Voice, either jokingly or otherwise, he was going to be hanged.

Concerning Almighty Voice himself, it is interesting to note in passing that John Sounding Sky, his father, was at the time of the escape undergoing a term of imprisonment for a theft perpetrated some days previous

to the arrest of the son. Further information unearthed also reveals the fact that shortly before his arrest, Almighty Voice had dimmed his reputation as a hunter and runner by threatening to shoot the Agent at his reserve.

The next difference in reports concerns those relating to the day when Sergeant C. C. Colebrook, accompanied by a half-breed scout, came face to face with Almighty Voice. Long Lance’s reports related that, after shooting and killing Colebrook, the Indian shot at the half-breed and shattered his elbow. Further evidence proves that the halfbreed was not fired on. Almighty Voice appears to have made off as soon as Colebrook fell, while the scout galloped off to warn the police. The

young squaw by Almighty Voice in his flight, witnessed the shooting, but it is claimed that she did not accompany him into hiding, and that very shortly afterward she married another Indian.

As Long Lance describes it, it was two years later, in 1897, that the police again picked up the Indian’s trail. His movements in the interim were graphically related in “The Last Stand of Almighty Voice.”

It is in the description of that last grim siege that once again reports are at variance. Long Lance, adopted son of Spotted Calf, mother of Almighty Voice, with whom he has often talked over the tragedy, records that during the

black nights of sleepless tension, while her son lay in his ambush pit,

Spotted Calf stood on the shouting encouragement to This statement has puzzled several surviving members of the attacking force, who insist that Spotted Calf was sent to the One Arrow Reserve when Almighty Voice was surrounded, and that there is no evidence that she left the reserve during the siege.

Corroborating Long Lance’s statement is the Regina Leader of June 3rd, 1897. In this issue, the Leader’s correspondent, who accompanied the Regina police party and was present during the siege, records in his despatch that the mother of AÍ-

it is with reference to the last charge by the police and civilian volunteers that MacLean’s has secured positive evidence from various sources. The final raid was made following heavy shelling of the bluff. Then it was that the bodies of Almighty Voice and Going-Up-toSky, his young cousin, were found lying in a brush-covered hole, and that of Little Salteaux some distance away. Long Lance, in his article, quoted Henry Smith, the half-breed who

removed Almighty Voice’s body. Smith declared that when the police reached the pit, Going-Up-to-Sky was still breathing and that a constable put a finishing bullet through the dying youth’s head. Smith adds that, witnessing this, the other policemen were angry, and that one exclaimed: “A man who could do that has no heart in him at all, and should be shot himself.”

All the evidence MacLean’s has accumulated proves Smith to be entirely in error. It is definitely established that the three Indians were dead hours before the police reached the pit. All had been hit in the exchange of firing before the nine-pound and seven-pound guns were brought into action. Salteaux was killed by rifle fire, but shell fragments administered the death blow in the case of Almighty Voice and his cousin. That is conclusively proved by the reports of the doctors who examined the bodies.

Much confusion appears to exist on the part of some survivors of the attack as to what actually happened in that last charge. There are some who claim it was made by civilians and Prince Albert Volunteers, and that the police followed. Others insist that the Indians were alive when the charge was made, because bullets were fired

What actually happened was this.

Following the bombardment of the bluff on the Sunday morning, the civilians became impatient and threatened to rush the position without the police, who awaited orders to advance. In spite of the efforts of their leaders, J. McKay, Thomas McKay and T. Campbell, to prevent them, two volunteers actually did start through the thicket. Suddenly thinking better of it, they fired several shots and retreated. Then it was that, to forestall further agitation, Assistant Commissioner Mcllree ordered a police charge. Instructions were that on the waving of a hat there would be a rush to the edge of

the thicket, a volley fired, and a slow advance with a line converging from each side. Because of easier ground, one line advanced more quickly than the other. Excited persons, seeing figures moving through the smoke, mistook them for Indians, and fired at their own men, happily without injury. The police quickly regained control, formed up, entered the pit and found the dead bodies of Almighty Voice and Going-Upto-Sky. Some distance from the pit lay the third Indian, Little Salteaux, killed by a bullet wound in the head hours before the charge, his body being cold and stiff. 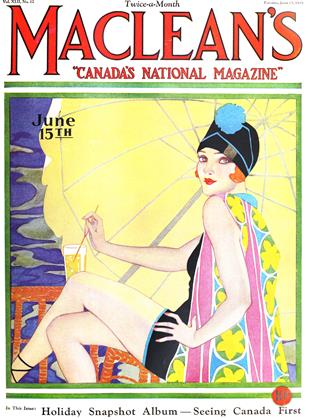