IF THERE is a lad in your family who has reached those years in which ice cream is the ultimate joy, you will not need to worry about man-power for the turning of the ice cream freezer. The merest hint that you would be willing to combine the ingredients— and brawn and muscle are yours to command!

I shall include among the following recipes an oldtime favorite or two that will require the motion of the dasher in the freezer as well as the intensive chilling; but as there may be times when no enthusiast is at hand to turn the crank, I shall stress also ices of a type that do not require this beating.

The automatic refrigerator has brought, among other blessings, a whole host of delicious ices that are as easy to make as a junket. Various refreshing sherbets and fruity frappés need only be turned into molds, thrust into the freezing compartment—and forgotten until wanted. Some of the creamy mixtures ask only to be stirred two or three times during the earlier part of the chilling process. It is quite a simple matter to adapt practically any of the old-time favorite recipes for use in the electric refrigerator.

There are other types of easily frozen ices which can be handled with no more equipment than a bucket, a supply of crushed ice and coarse salt and a container in which the mixture can be closely sealed and buried in the ice.

ONE of the most delicious types of ice cream is the mousse, and it is one which may be frozen without being beaten. Its basis is whipped cream, which gives it smoothness.

For a foundation mousse, the character of which may be widely varied by the use of different flavorings, use:

If fresh fruit is being used to give its character to the mousse, it should be rubbed through a sieve, combined with the sugar and put aside; the amount of sugar must be regulated by the natural sweetness of the fruit. Remember, however, that neither flavoring nor sweetening is strong after the mixture has been frozen.

Soak the gelatine in enough cold water to cover it, dissolve in a little hot water and add to the sweetened fruit. Let stand until mixture begins to thicken, then combine with the cream which has been whipped stiff. Put in cold place to chill, stirring occasionally. Turn the mixture into a mold, not quite filling it, so as to allow for expansion; cover the top with waxed paper, put on the cover and bind it closely with a strip of cotton. Bury in a good-sized pail filled with crushed ice and coarse salt in equal proportions.

Perfection in a Parfait

'T'IIE parfait is another aristocrat among the ice creams and one which does not ask to be made in a freezer. Whipped cream enters again, this time with eggs—either yolks or whites; when the whites are used, the mixture is better made in a regular freezer, but with the yolk of egg mixture the packing in ice and salt is sufficient. I shall give you a recipe typical of each kind.

For the freezerless parfait, a good example is found in Caramel Parfait.

Put the sugar into a heavy frying-pan or saucepan and stir over the heat until it melts and turns brown; it must not burn or be allowed to stick to the pan or spoon.

Heat the milk, adding about two tablespoonfuls of ground coffee if you are using it, scalding it with the milk; or add coffee essence. Stir in the caramel; beat the egg yolks slightly, add the salt and fine sugar to them, stirring to dissolve, then stir the first mixture into them. Return to double boiler and cook, stirring constantly, until mixture thickens smoothly, like custard. Strain, cool, combine with flavored cream, which has been whipped until stiff; turn into molds, covering with wellsecured waxed paper and a protective cover and bury in equal parts of ice and salt for four hours.

The parfait that is made with egg whites is usually begun much like a boiled icing; sugar and water are cooked together and the syrup poured into stifflybeaten egg whites and the mixture then combined with whipped cream, flavorings and so on. A typical recipe is this for Pecan Parfait.

Make a syrup of the sugar and water, cooking it until it will thread from the tines of the fork or tip of spoon. Beat egg whites very stiff and pour the hot syrup over them very gradually, beating it in; continue to beat until mixture is cold. Add ginger syrup and vanilla; combine with the cream, whipped stiff. Add the pecans, chopped fine, and the Canton ginger which has been drained from its syrup and cut very fine. Turn into freezer. Use three parts crushed ice to one part rock salt and freeze as usual.

Shredded blanched almonds may be substituted for the pecans.

A spoonful of whipped cream and a half nutmeat may be used to garnish each glass of parfait if desired. Here is an inexpensive frozen custard.

Scald the milk in double boiler. Mix the first quarter of a cupful of sugar, the salt and cornstarch together, and stir the hot milk into them; return to double boiler and cook for fifteen minutes—stirring constantly at first until the mixture thickens smoothly.

Beat the egg lightly, combine it with the second quarter of a cupful of sugar and stir slowly into the hot mixture, cooking for another three minutes to thicken egg. Remove from the heat and when cool, add the vanilla. Turn into a can of freezer, surround with three parts crushed ice to one part rock salt, and freeze in the usual manner.

This custard is delicious served with any kind of fresh fruit sauce or with a sauce made by combining prepared marshmallow, topping with either caramel syrup or maple syrup.

T'HIS mixture is called French or Italian L Ice Cream, perhaps more frequently than it is termed custard. The principle of preparation is the same as for the inexpensive recipe just given, but richness is added by using more eggs—enough to thicken the custard without the use of cornstarch— and by adding some whipped cream to the cooled custard instead of making it with so much milk. The following proportions will give excellent results:

Scald the milk in double boiler; beat egg yolks, add sugar, and stir hot milk into them gradually. Return to double boiler and cook, stirring until mixture thickens smoothly. Strain and cool. Just before turning into freezer, add the flavoring, the egg whites beaten stiff with the salt, and the cream. Freeze as other custard.

THIS is the smooth, good ice cream which differs from the French cream or custard in that it contains no eggs. A thin cream is preferred to a heavy one because it freezes more easily and is not so quick to melt when served. Scalding the cream, while not absolutely necessary, is worth while because it improves the flavor of the ice cream and gives it a smoother texture.

Scald the cream, with the sugar added, in the double boiler. Cool it. Add the flavoring and freeze. For the very smoothest cream, a freezing mixture of eight parts crushed ice to one part rock salt is best.

AMONG the most refreshing of frozen • dishes for summer is the ice that is made with a fruit juice and water foundation. Various results are possible with it—it may be frozen just to the mush stage or can be given smoothness and body by the use of a little gelatine—one to two tablespoonfuls of granulated gelatine to two quarts of the mixture—or by the addition of slightly beaten egg whites to the mixture just before it is turned into the freezer. Freeze until stiff and do not leave packed too long.

Lemon Water Ice—This requires four cupfuls of water, two cupfuls of granulated sugar and three quarters of a cupful of lemon juice. Make a syrup of the sugar and water, boiling for twenty minutes. Remove from the fire, add lemon juice; cool and spray. Freeze as usual.

Orange Ice—This requires two cupfuls of orange juice and fine pulp, quarter of a cupful of lemon juice, and the grated rind of two oranges. Combine with the same syrup as for lemon ice and proceed as usual.

Before turning into freezer add one slightly beaten egg white to either of these water ice mixtures, for the improvement in texture to which I have already referred. 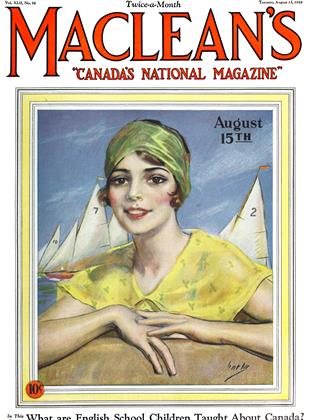