HAVEN'T you often wished that you knew more ways to use raisins in your cooking? Authorities on diet say that we should eat more raisins, for they are rich in health-giving elements.

Except for the popular raisin pie, there are not many well-known recipes used in everyday cooking that call for raisins. In England raisins are used extensively in scones, biscuits, cakes and puddings. They impart a delicious flavor to any dish in which they are used, besides supplying extra nourishment.

1 Teaspoonful of bicarbonate of soda

Stand honey in a cupful of hot water to make it more liquid. Cut butter into flour, then rub with tips of fingers until free from lumps. Add all dry ingredients and lastly, finely chopped apples. Beat egg well, add milk and honey to egg, then dissolve the bicarbonate of soda in this liquid and stir into dry ingredients. Beat well. Batter must be stiff, but if needed, a little more milk may be added. Grease a tin eight inches square by two inches deep, fill a little more than half full of batter, and bake in a moderate oven for one hour, or until well done; reduce heat at half-time, and cover top of cake with greased paper. Cut cake into squares and serve either hot or cold. Sprinkle top of squares with fruit sugar.

1 Teaspoonful of cassia Grated rind of one orange

Cut butter into flour, rub in with tips of fingers until free from all lumps, add dry ingredients. Beat in gradually the syrup, then beaten eggs, sour milk, and last of all the bicarbonate of soda. Beat together well. Pour into greased tin, eight inches square by two inches deep. Bake in a moderate oven until inserted straw comes out clean. Sprinkle with fruit sugar and cut into squares.

Cut butter into flour, rub with tips of fingers until free from lumps. Add dry ingredients. Mix with a knife to a stiff dough; if necessary, a few drops of milk may be added. Leave one hour before rolling out. Flour board, roll out dough thinly, and cut into cookies with a fluted cutter. Grease baking sheet, place cookies close together, and bake in a moderate oven for fifteen minutes.

34 Cupful of butter and lard mixed

1 Teaspoonful of bicarbonate of soda

Cut butter into flour, rub with tips of fingers until free from lumps, stir in sugar, salt and raisins. Add syrup to beaten eggs and fold into the flour mixture. Dissolve soda in a little of the milk, add to remainder of the milk, stir into flour and beat well. Put batter in greased round cake-tin, size six and a half inches in diameter. Bake in a moderate oven for one hour, or until cake is golden brown on top and shrinking from sides of tin. Sprinkle top of cake with fruit sugar before serving.

Milk, sufficient only to combine

Cream together butter and sugar. Mix dry ingredients and add to butter mixture a spoonful at a time, alternately adding beaten eggs. Mix to a stiff batter and beat well. If necessary, add a little milk, but batter must be stiff. Line round cake-tin, eight inches in diameter, with greased brown paper, fill three-quarters full of mixture, bake in a moderate oven for one hour, or until an inserted straw comes out clean. Reduce heat after half an hour, and cover top of cake with greased paper. When cold, decorate cake with marzipan apples.

Put almonds through food chopper, using the finest cutter. Combine the chopped almonds with the sugar, add almond essence and beaten egg. Knead mixture with hands. Shape paste into three balls resembling apples and make two or three leaves. It is more effective to make apples different sizes. Stick top of each apple with a whole clove to represent the blossom end, pressing pointed part of clove into apple. Paint one side of each apple with a little diluted cochineal. Shape out leaves, making lines on them to look like ribs and veins. Arrange apples and leaves prettily on top of cake, and attach by means of a little white of egg. This makes a very unusual decoration, and the cake will keep moist for some time if kept in an air-tight tin.

Be sure to use bread flour for this dough cake. Warm milk slightly. Put yeast in cup and combine with the sugar, pour on warm milk, stir well. Mix flour and salt, pour the yeast and milk on to the flour, a little at a time, stir well. Dough should be the consistency of a batter. Cover with a cloth and place mixing bowl near heat. Leave until dough rises at least twice its original size. Dough must be kept warm but not too hot. Melt butter over hot water. Stir beaten egg into dough and add melted butter gradually. Beat dough smooth, stir in raisins and peel, which should be sprinkled with a little flour, a spoonful at a time. Cover dough with a cloth once again, and leave in a warm place for an hour. Then turn dough on to a floured board, knead lightly, form into a round shape, and place in a greased, floured round tin eight inches in diameter. Stand tin in a warm place, cover, leave until dough has risen considerably in tin. Bake in a moderate oven for one and a quarter hours, reducing heat after half an hour. When cake has been baking for threequarters of an hour, brush over top of cake with brush dipped in mixture made from one tablespoonful of sugar combined with the same amount of water; this glazes the cake. Before serving, sprinkle top of cake with fruit sugar.

Bread flour must be used. Put milk and water in saucepan, add butter, and warm just enough to melt butter. Put yeast in cup, and combine with it one teaspoonful of the sugar. Pour milk and water while warm, but not hot, on to the yeast; stir well. Mix flour and salt, make a hollow in flour, and pour yeast mixture in; mix until quite smooth, add raisins sprinkled with flour and remainder of sugar; beat well. Put mixing bowl on radiator, or over hot water, cover mixture with cloth and leave until dough has swelled nearly twice as big as before. Flour board lightly, turn dough on to it, knead slightly. Cut dough in half, shape each half into a loaf, place in floured loaf tins, having tins half-full, cover, and put in warm place for half an hour. Bake in a moderate oven for thirty minutes.

Chop apples and mix with the sugar; add suet. Put raisins, currants and peel through the food-chopper; add to apple mixture. Stir in spice, salt and grated rinds and juice of lemons. Mix together well. This filling will keep for some time if pressed tightly into sterilized, dry jars, covered, and kept in a cold place.

Separate yolks from whites of eggs. Beat the yolks slightly, add half the whites, and mix into the filling. Roll out pastry to one-eighth of an inch in thickness, cut into oval shapes of any desired size. Spread filling in centre of each oval. Fold over one side of pastry to centre, moisten edge slightly with water. Fold over other side of pastry, making edges overlap, press together lightly. Pinch each end of oval into a point. Make three slanting cuts on the top of each cake with a knife. Beat slightly the remainder of the egg white and brush it over the cakes, sprinkle with fruit sugar. Bake on a baking sheet, in a hot' oven for twenty minutes. This amount will make eight large Banbury Cross Cakes.

Beat eggs, but save a little of the white for glazing purposes. Mix together sugar, cassia, salt, breadcrumbs, lemon rind and candied orange peel. Stir in lemon juice and eggs and mix well. Cut pastry in half. Roll each half into an oblong shape, one-eighth of an inch in thickness. Place one oblong of pastry on an ungreased baking sheet and spread with fruit mixture, leaving a quarter of an inch edge of pastry all round oblong free from filling. Moisten this edge slightly with water. Place the other piece of pastry over filling, pressing edges down lightly. Prick over top with a fork. Cut pastry partly through, first into squares and then across into triangles; brush over with a little beaten white of egg and dust with fruit sugar. Bake in a hot oven for twenty-five minutes. Leave on tin until cold, then cut into the triangles. This amount will make fourteen moderatesized triangles.

Milk, if necessary to combine

Grease eight individual castle pudding tins. Small corn cake tins, or cup custard molds, will answer the purpose if the castle tins are not on hand, but the latter make little steamed puddings most attractive, as they taper more at the top. Press raisins on base and halfway up sides of tins. Cream butter, beat in sugar, add eggs, slowly beating all the time, then add flour, baking powder, orange rind and salt. Beat till smooth. Batter must be stiff, a very little milk may be added if necessary to combine. Fill molds half-full of batter, cover each one tightly with greased paper, steam steadily for cne hour. Turn from molds, serve hot with lemon or caramel sauce, or one made of warmed honey mixed with desired amount of strained lemon juice, and thickened with one teaspoonful of cornstarch mixed to a paste with a little cold water, then simmered in saucepan for five minutes.

Roll out pastry to a quarter of an inch in thickness, cut into rounds and line six individual patty tins. Roll out trimmings of pastry into long narrow strip, cut into six pieces, twist and place on baking sheet, and bake in a hot oven for ten minutes. These form the handles. Cream together butter and sugar, add egg and beat well. Stir in crumbs, raisins, apple sauce and chopped almonds. Half-fill tins with this mixture and bake for twenty minutes in a hot oven. Remove from tins, place handles in filling making them firm, and having them close to the edges of pastry basket. 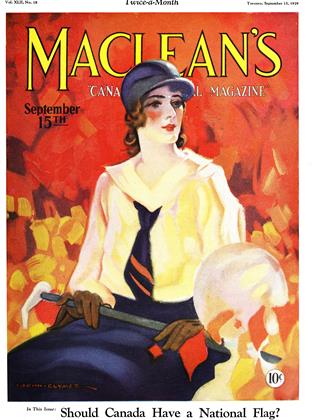