Hundreds of thousands of dollars are lost annually in Canada through careless investment. Fraudulent and worthless securities are being constantly poured on to the market to trap the unwary. A general observance of this simple maxim will assist in the reduction and elimination of this economic waste—

IS THE relative popularity of the common stock as a permanent investment vehicle likely to decline as a result of the recent stock market collapse? Many students of finance are giving thought to this problem, and opinions so far expressed differ radically. One school of thought, in the minority as yet, inclines to the view that, in this new cycle, bonds rather than common stocks will be favored by the great investing public. The other believes that the public has become educated to the potential profit-making possibilities of the better class common stocks, despite occasional setbacks, and will be actively operating in the market again as soon as there is evidence of business recovery.

It is as yet too early to arrive at any definite conclusion based on the actual character of the market itself. The autumn break brought prices of common stocks down to a level where a great many investors, hitherto out of the market on account of the dangerously high level attained by prices, came in as buyers for cash. Buying of this type was partially responsible for the upturn from the low points of the decline. Whether this type of buying will continue, or whether this investment demand has been largely satisfied already, are matters of primary importance in shaping the course of the stock market. It may take several months to demonstrate thoroughly the power of this new group, and it is possible that if buying power is exhausted early, and markets continue irregular, many investors may gradually lose faith in common stocks as long-term investments and once again turn their attention to bonds.

Undoubtedly many small investors are sorely perplexed as to how they may best shape their investment policy for the future. Many have suffered substantial losses, and the public generally has had graphic evidence of the unreliability of the stock market under conditions of special stress and strain. Hundreds and thousands 'of these small investors have given up their rosy dreams of easy wealth, and are prepared to follow the slower but much surer course of investment.

AT A time when so many are thinking ■**■ along conservative lines financially, it may not be out of place to give some attention to so-called trustee investments —what they actually are, how the trust idea originated in English Law, and the exact limitations laid down by the provincial governments of the Dominion as to what constitutes a trustee investment.

A trustee in the sense used here is an individual, or group of individuals, or a trust company, empowered to administer an estate for others. A tremendous responsibility rests upon a trustee, especially where the heirs are juveniles, or otherwise unfit to accept financial responsibility, for it is his duty so-to invest the funds entrusted to his charge that the return will be substantial and the principal safe. The safety of the capital is the first and foremost consideration.

And the law, recognizing the vital necessity of absolute protection for heirs under such circumstances has made rules for the guidance of trustees, which limit very definitely the types of securities that may be used for the investment of trust funds.

The government of each province of the Dominion dictates qualifications for trustee investments within its own province. While there is some slight differentiation in several respects, in essence the standards laid down by each province are the same. Debentures, bonds, stocks and other securities of the Dominion government or guaranteed by it come at the head of the list. Next in order of importance come similar securities of, or guaranteed by, any province. Securities of, or guaranteed by, the United Kingdom are included in the list. First mortgages on improved lands held in fee simple usually rank as trustee investments, provided that not more than one-half the value of the property is advanced. As land was the original property and security for investment, mortgages continue to receive important recognition as a desirable outlet for surplus capital.

The History of the Trust

' I 'HERE are two main groups of securities represented in the foregoing— government bonds, readily marketable and with a comparatively low yield; and first mortgages, offering a higher return but requiring the exercise of sound judgment in selection, and much less readily marketable than government obligations. But as trustee investments are usually made with a several years hold in view, the feature of ready marketability is not so important, especially as mortgages are usually drawn up for a comparatively short term, five years being the average period of their life.

A British institution, the trust, or the principle of trusteeship, has won this tribute from F. W. Maitland, the distinguished historian of British constitutional I law. “Of all the exploits of equity, the largest and most important is the invention and development of the trust. This, perhaps, forms the most distinctive ¡ achievement of English lawyers. It seems to us almost essential to civilization, and yet there is nothing quite like it in foreign law.”

One must look far back to find the special conditions that led to the foundation and growth of the trust, the principle whereby the administration of an estate can be safely entrusted to others.

The feudal era of England was a stormy and unsettled time, when revolts, uprisings and disputed successions were the order of the day. By the twelfth century, the theory of primogeniture as the basis of the law covering the descent of land was fully established. The land must go to the eldest son; but very often the outlook for the widow and the younger members of the family was very precarious despite the careful plans of the father. Three of the unbending principles of feudal law were these: (1) land could not be given by testament; (2) the eldest son absolutely excluded his brothers from the father’s estate; and (3) there was no community of goods between the husband and wife: the bride’s chattels became the bridegroom’s. Under the law only the chattels—cattle usually, as the terms implies— could pass by will, and even the devolution of the estate itself from father to eldest son involved burdensome duties.

A device was finally adopted whereby the father passed over, during his lifetime, his lands to trusted friends, who in the eyes of the law became the real owners, but who through a private understanding were to allow full control to the original owner so long as he lived, and to dispose of it, at his death, to his family in accordance with specific arrangement. Sometimes half a dozen persons were appointed as joint owners, and in this way many of the burdensome obligations were overcome. There was one flaw. Suppose the feoffati, as they were called, refused to allow the use of the estates once they were vested with ownership, or declined after his death to dispose of them according to advance instructions. It is quite conceivable that such a situation could happen; probably it often did. We find that at the end of the fourteenth century the Chancellor’s Court handed down a judgment which eliminated the element of doubt formerly existing. In effect, the judgment found that while the new owners became the legal owners of the land, they must hold the land ad usum, to the use, of those for whom it was intended they should hold it. Otherwise they would have to go to prison.

This legal judgment was an important step toward the establishment of the trust as we know it today, but ultimate success was not attained without a struggle. Henry VIII, in an endeavor to raise money, attempted to strike a blow at “uses” by the well-known Statute of Uses. But the Court of the Chancellor continued to exercise its prerogative as in the past, and to enforce the obligation known as trusts.

The Trust of Today

THROUGH stormy years of travail, the

trust was forged as a mighty instrument for the protection and safeguarding of heirs and estates, and today our governments recognize the responsibility and importance of the trustee, whether individual or corporate, by setting definite limits to the securities which may be purchased with trust funds, and by providing careful regulation and supervision of companies which engage in the business of handling and administering estates.

Individual investors who are not restrained by any such regulations, would do well to ponder seriously the importance attached in official circles to the protection and conservation of funds left in trust. The day of unbridled speculation is over, and commonsense has replaced hectic enthusiasm. More and more securities are being bought on merit, and tips and gossip have lost their potency as market factors.

The principle of the regulations governing the investment of trust funds is virtually the same in every province. The following are the securities available, under the regulations imposed by the Province of Ontario, by a trustee having money in his hands which it is his duty or discretion to invest at interest:

The debentures, bonds, stock or other securities of any municipal corporation in Canada, including debentures issued for public school purposes, or guaranteed by any municipal corporation in Ontario, or secured by or payable out of the rates or taxes levied under the law of any province of Canada on property situated in such province, and collectable by the municipality in which such property is situated, in the same manner and with the same rights of enforcing payment as in the case of general municipal taxes in such municipality.

He may also deposit money with certain societies or companies, or may invest any money which it is his duty or discretion to invest at interest, in terminable debentures, or debenture stock of such society or company, provided that such deposit or investment is in other respects reasonable and proper, and that the debentures are registered, and transferable only on the books of the society or company in his name as trustee for the particular trust estate for which they are held, and that the deposit account in the society’s or company’s ledger is in his name as trustee, deposit receipt or passbook is not transferable by endorsement or otherwise.

The societies or companies in which Ontario permits a trustee to invest trust funds are as follows:

Any incorporated society or company authorized to lend money upon mortgages on real estate, or for that purpose and other purposes having a capitalized, fixed, paid-up and permanent stock, not liable to be withdrawn from the company, of not less than $400,000, and a reserve fund of not less than twenty-five per cent of its paid-up capital, and the stock of which has a market value of not less than seven per cent premium. 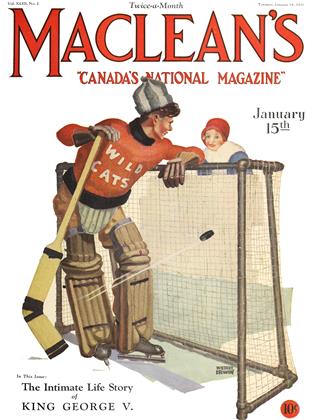